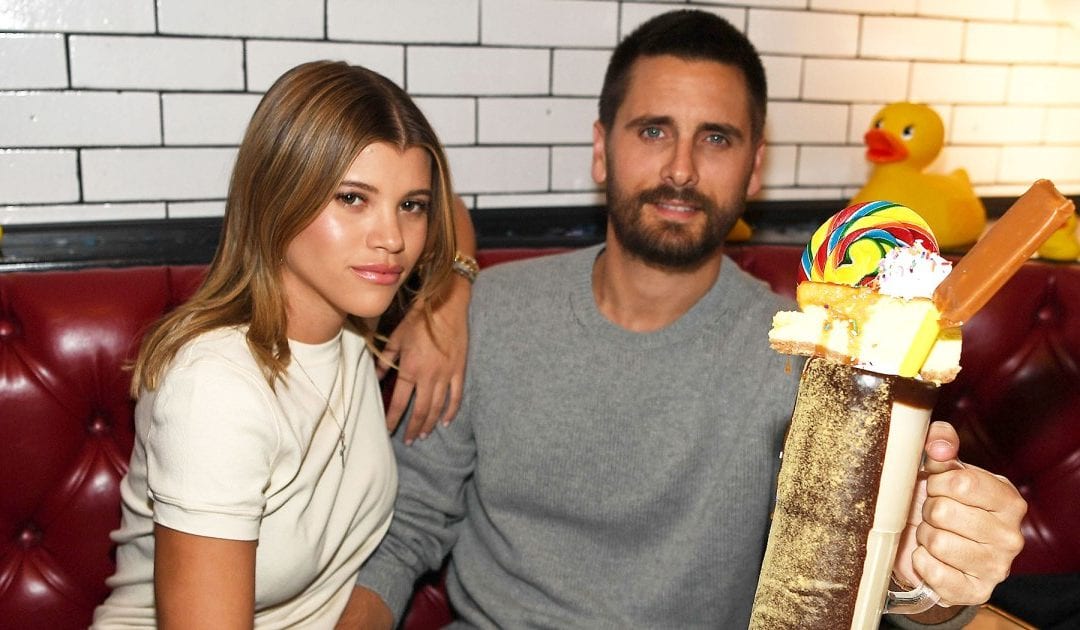 Sofia Richie and Scott Disick indulged in some sugar in Sin City on Friday.

The couple — who have been dating for over a year — had a night out in Las Vegas, stopping by the Sugar Factory American Brasserie at the Fashion Show Mall for delicious desserts.

Both were all smiles as they posed with a confectionery creation, a milkshake topped with a variety of candy.

Richie, 20, wore a pair of blue jeans and a simple white t-shirt, while Disick, 35, kept it cool in black pants and a grey long-sleeve sweater. They showed their affection for one another as well, holding hands while she leaned on him.

In addition, the two smiled in front of a platter of deserts lit with a series of sparklers.

Sugar Factory American Brasserie is one of Richie and Disick’s favorite locations. They previously stopped by the dessert restaurant’s Miami location in December 2017.

Over the holidays, Richie and Disick spent time with Disick’s ex, Kourtney Kardashian — with whom he shares daughter Penelope Scotland, 6, and sons Mason Dash, 9, and Reign Aston, 4.

The three were spotted together on Dec. 29 by photographers in Aspen, Colorado, as they walked around town before dining at Italian eatery Casa Tua.

Days before Christmas, the trio were on a family vacation in Cabo San Lucas, Mexico, with the kids. “What more can a guy ask for. THREE’S COMPANY,” Disick captioned an Instagram shot of the three of them relaxing on recliners.

Giving her seal of approval, Kourtney’s sister Khloé Kardashian tweeted in response to a fan who called her sister’s vacation “co-parenting done right!!”

“Beyond proud of all of them!!!! This is LOVE!! Your children before anything else!! All amazing adults right right!!!” she wrote.

What more can a guy ask for. THREE’S COMPANY

RELATED: Sofia Richie Bonds with the KarJenners — Including Kourtney! — on Family Ski Vacation in Aspen

Prior to the trip, Kardashian was only seen out and about with her ex and Richie on two separate occasions. On Nov. 4, the reality star joined the couple for what a source told PEOPLE was a “quick” and “tense” dinner. Then, on Nov. 16, they all attended a gallery exhibit.

A source told PEOPLE that as her relationship with Disick grows stronger, Richie is continuing to navigate the complicated family dynamic with Kardashian.

“She loves Scott and wants to be with him,” the source said. “She loves being around Scott and his kids.”

The insider also shared that Richie is happy to have built up some trust with Kardashian and “proved to Kourtney that she is great with her kids.”

Despite Richie and Disick’s substantial age difference, a source close to the Kardashians told PEOPLE in September that the famous family fully supports the pair’s relationship now.

“Everyone really likes her,” the source said, adding, “They think she’s a great influence and Scott is so in love, so it’s not a problem.”

Although Richie and Disick — who initially sparked romance rumors in spring 2017 — have been private about their relationship, the model opened up about their love and why it works in September.

“We are best friends and that is mainly the strongest connection we have,” she added. “We have always had that best friend connection and from there it has really worked out. I am so happy.”