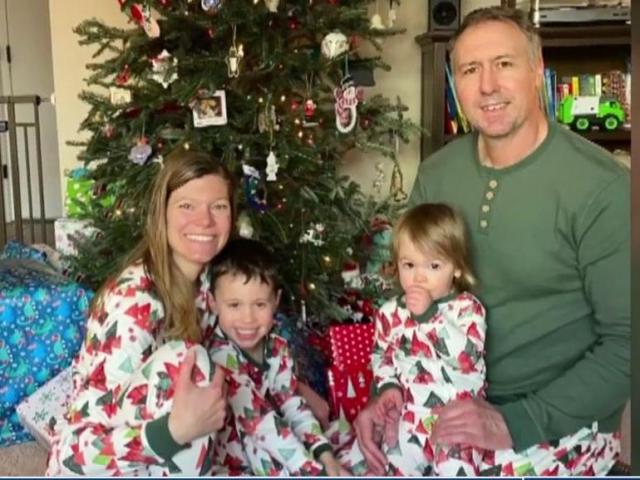 The week after Christmas, wildfires in Boulder, Colorado destroyed up to a thousand homes and displaced many families including one with North Carolina ties.

Justin Call was away from home when he learned about the threat and phoned his wife Heather Morgan. It began as a small fire on Marshal Mesa near their home. “We could see it and I said, I don’t have a good feeling about this,” said Morgan.

Morgan grew up in Asheville, North Carolina and went to school at NC State and then Duke. That’s where she met her husband as they prepared for careers as Physician Assistants. Call began his college studies in Boulder. Eight and a half years ago, the couple moved there. It’s where their young children Wyatt and Zoe were born.

After Christmas, Call recorded video of Wyatt riding his bicycle in their cul-de-sac neighborhood. After the fire, he returned to see what was left, only to find that most of the burned remains were scooped up and hauled away. Remaining are concrete driveways and a few mailboxes.

Morgan reflected on their situation. She said, “You know, someone comes into your house, breaks in and steals a few things. You feel violated, but the fire destroys every existence of anything that was.”

They are thankful they and their neighbors escaped even if with just a few belongings. Now all of them face a great challenge of recovery and even asking for financial assistance. “As physician assistants, we are used to helping the community and not receiving help so that’s been a little bit hard for us,” said Morgan.

They’ve set up a GoFundMe page to solicit financial help.

As they stay with friends, Morgan says her children know that things are not the same.

Though their cherished neighborhood is gone support amongst neighbors is still strong. “And given the fact that we have no family here, our neighbors were our family.”

Morgan adds, only a few of her neighbors are still unaccounted for but they hope to hear good news about their outcome.