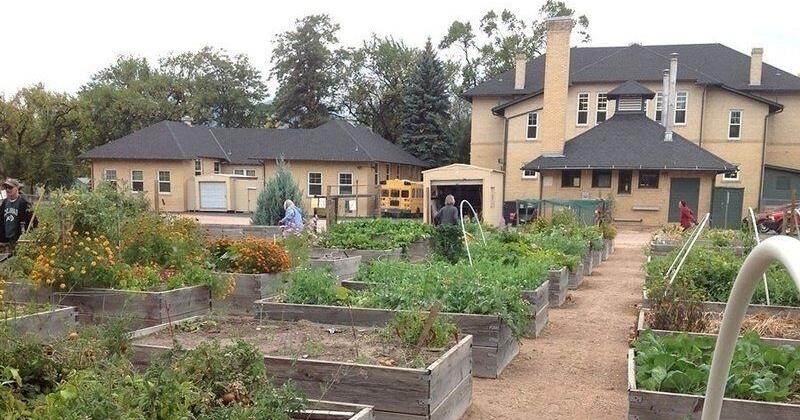 The same Christian organization that has run the Westside Community Center for the past 12 years likely will continue to oversee the popular center’s operations for at least another 15 years, the city of Colorado Springs announced Thursday.

The Center for Strategic Ministry, a community outreach program of Woodmen Valley Chapel, rose to the top of the list in the search for a new manager that began last year.

City Council does not have to approve the recommendation from an evaluation committee to hire the Center for Strategic Ministry, said city spokeswoman Jennifer Schreuder.

A new contract will need administrative approval, she said, from Mayor John Suthers and/or Chief of Staff Jeff Greene.

City officials would not say how many bids were submitted this go-round, since the process is not finalized, she said.

The repurposed elementary school property has become a popular fixture in the neighborhood, and residents have fought for more than a year to ensure it stays that way.

This year, 125 programs took place on the three-building campus at 1628 W. Bijou St., said the Rev. Stu Davis, board president of the Center for Strategic Ministry and pastor of city impact for Woodmen Valley Chapel.

Those include childcare, Alcoholics Anonymous meetings, fitness classes, a food pantry, daily meals for seniors, a nursing center and other activities.

In addition, Davis said, hundreds of private individuals have rented space for baby showers, birthday parties and other events.

The nonprofit organization wanted out of the contract and gave the city notice last year that it would cease its role as the contract was set to expire at the end of this year.

Davis had told The Gazette in August 2020 that it was time for the Center for Strategic Ministry to look at other projects.

“We spent the last 12 years really working hard to establish the community center as hub of activity for that community, and everything was on an upward trend until COVID hit,” Davis said.

“We didn’t want those last 12 years to not count for anything; we wanted to continue to build a legacy and serve the neighborhood well.”

The city’s Parks, Recreation and Cultural Services department first issued a request for proposals for a new operator in November 2020 and announced in July that it had been unsuccessful in reaching an agreement with its top applicants, which included a charter school and the YMCA.

The city reopened the bidding process in October, with officials pledging to keep neighbors’ concerns in mind.

Residents objected to the city saying in August 2020 that the current use of the center might not be the best fit and that a for-profit business might be a better usage. That idea later was removed as a consideration.

A coalition to save the center as an asset for the neighborhood formed.

Some things will change, Davis said, but not until the second quarter of next year, when the new contract will take effect.

“The news today allows us to communicate a level of stability to other stakeholders on the campus and work on projects and ideas we’ve been holding off on,” Davis said.

Specifics will need to be hammered out, but social enterprises and increasing offerings for families and children are among the possibilities, he said.

“We serve a lot of seniors already and get consistent requests for more programming for families and kids,” Davis said.

Schreuder said the Center for Strategic Ministry is the No. 1 contender based on meeting the criteria of being a financially stable entity that could manage, operate and maintain the community center, ensure the site “supports and fosters activities that will provide beneficial services to the westside neighborhood as well as the community as a whole,” and reduce maintenance and capital demands on the city by taking on those aspects.

The city has set aside $1.375 million in American Rescue Plan Act funding toward prioritized capital improvements, she said.

Some City Council members have noted that the city spends less money on the westside center than it does on other community centers.

Davis said the financial details need to be negotiated but that the proposal from his organization includes a request for additional city funding.

His organization proposed to take over every day maintenance costs, broken windows, with capital improvements remaining the city’s responsibility.

“We’re really excited,” Davis said. “For a lot of people in the neighborhood who have come to value the center, this will be a relief for them that we have an answer from the city, to build on what has been a successful program and inject more resources into the center.”