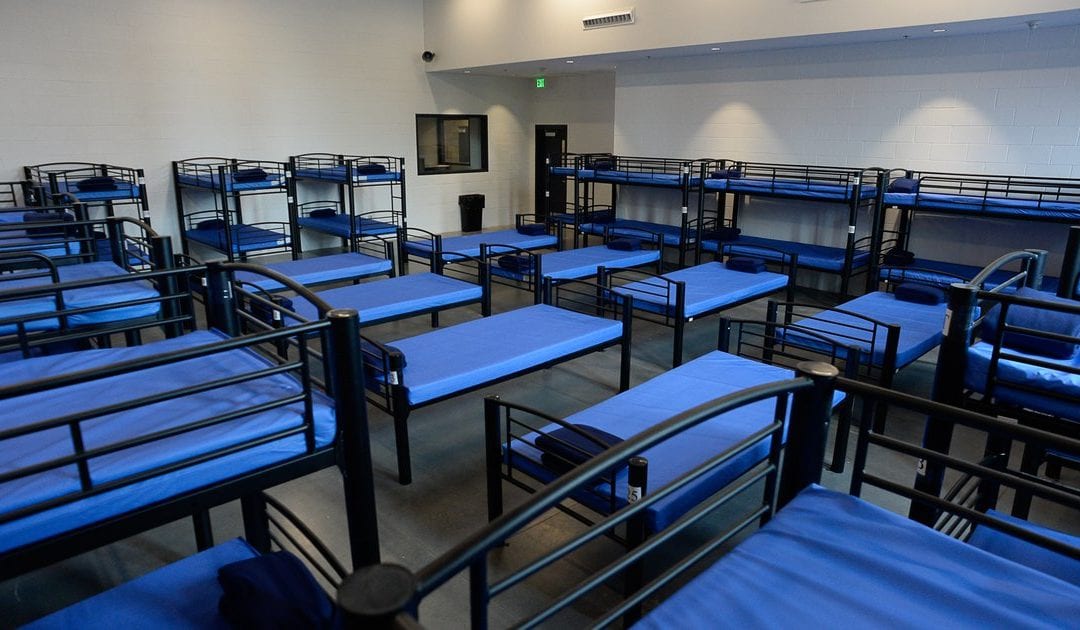 There are currently 93 positive cases among the population, 72 at the 200-bed men’s andwomen’s Gail Miller Resource Center — an outbreak that comes at the same time COVID-19 diagnoses have ballooned across the state and reached a record high of 1,198 new cases on Thursday.

“Whenever we have an increase in cases in our community, it’s going to trickle down and affectsubgroups,” said Nicholas Rupp, a spokesman with the Salt Lake County Health Department. “And some of those subgroups,” like people experiencing homelessness, “are vulnerable and much more seriously impacted than the population as a whole.”

As health officials call for people to take health precautions to protect these at-risk populations, he said they should consider people experiencing homelessness as “one more group we all need to protect by taking proper action.”

“We’re asking people to protect their grandmas and their loved ones who may be more susceptible. That goes for homeless people as well,” he said.

People experiencing homelessness are thought to be more vulnerable to contracting the coronavirus than the general population, since those who live in encampments often have limited access to hygiene services while people who rely on shelters find themselves in cramped rooms packed with dozens of others seeking refuge from the elements.

Many people experiencing homelessness also have preexisting health conditions, research has found, leading them to be more at-risk for negative impacts as a result of the virus.

Laurie Hopkins, executive director of Shelter the Homeless, the nonprofit that is currently operating the Gail Miller Resource Center, said the shelter has sent everyone who tested positive for COVID-19 to quarantine facilities and is not taking any new clients at this time.

The center continues to promote social distancing and require masks in community areas and it has increased its cleaning and disinfecting services, she said.

“We have over the period of this entire pandemic as a homeless resource center community been able to keep the infection rate actually quite low,” Hopkins said in an interview. “It doesn’t exceed that of the general population. And yet we are definitely operating congregate shelters and so there’s the risk there and we do everything we can to keep everybody safe.”

The pandemic hit Salt Lake County’s homeless shelters hard early on, with more than 190 confirmed cases within the 300-bed men’s homeless resource center in South Salt Lake, but conditions have been more controlled in the last few months.

In its weekly report on the homeless case numbers the county said it was also taking steps to address the recent increase among the homeless population. That includes “actively strategizing with service providers, conducting contact tracing, partnering with Fourth Street Clinic and holding even more focused testing events, providing Quarantine and Isolation facilities, all to mitigate the spread of COVID-19.”

As part of their efforts over the past few months to protect the population from the pandemic, county leaders have also increased street outreach to the unsheltered homeless and set up a hotel to house people experiencing homelessness to promote social distancing within the resource centers.

County leaders been tight-lipped about where that downtown facility is and have also repeatedly declined to disclose the location of the quarantine centers, which are housed in county-owned facilities.

Since the start of the pandemic, there have been a total 352 total cases among the homeless community, the vast majority of them currently considered “recovered.” Overall, the population makes up 1.26% of the cumulative confirmed cases within Salt Lake County.

At least two homeless people have died as a result of COVID-19.

People experiencing homelessness constitute 2.7% of the total hospitalizations in Salt Lake County, the county noted in its report. None of the people who are currently hospitalized are homeless, the county said.

In addition to cases in the resource centers, there have also been positive diagnoses among the unsheltered homeless community, though the county said it could not provide an up-to-date count on Thursday.

As the Gail Miller Resource Center manages its outbreak, Hopkins said the goal moving forward is to “get everyone healed from this particular flare up.”

Then, she said, they can “get them back into the safety of the Gail Miller Center and the other centers we have.”