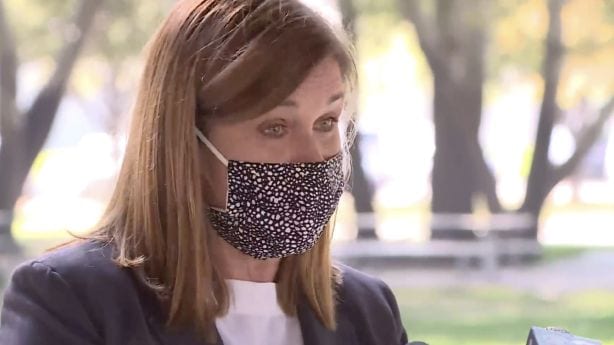 TAYLORSVILLE — While the focus of COVID-19 hot spots has shifted to neighboring Utah County in recent weeks, Salt Lake County is once again experiencing an uptick of new coronavirus cases — something county officials said they feared once schools reopened.

The Utah Department of Health reported 399 new coronavirus cases in Utah’s most-populated county after tests were conducted Wednesday, although Salt Lake County Health Department data states it was 396 new cases. In either situation, it’s the second-highest single-day total the county has reported in a day, behind 409 new cases on July 9.

It’s not as high as the 566 new cases reported in Utah County through Wednesday testing — the highest single-day total from a county in the state since the pandemic began — but Salt Lake County’s noticeable spike in cases since Sept. 10 appears to have caught the attention of county leaders.

Two days after Utah County leaders passed a mask mandate in an effort to curb their rise in cases, Salt Lake County Mayor Jenny Wilson said Thursday that now is a perfect time to review Salt Lake County’s existing mask measure and shore up any parts of confusion in order to get back to stabilization.

“We, too, are clarifying our language to assure that people understand, no matter where you are, if you’re around others and they are not members of your own family, have a face covering on where you cannot social distance,” Wilson said during a press conference at Valley Regional Park on Thursday morning.

The mayor issued a clarification to the original mandate, which went into effect immediately. The order states that any resident in the county aged 2 or older who is able to “medically or psychologically” tolerate a face covering is required to wear a covering that masks the nose and mouth in all areas, including outdoors, when it is impossible to keep at least 6 feet from others outside of their household.

That’s in addition to wearing face coverings while at stores and other indoor places where people gather and it’s difficult to keep everyone at least 6 feet apart.

Face coverings are recommended by health experts because researchers say the coronavirus is spread primarily from droplets, which properly worn masks can help contain.

Salt Lake County’s mask order went into effect on June 27; it, along with Summit County, enacted the first two mask mandates in the state. Salt Lake County’s order was later extended to run through the end of the year. Wilson said Thursday it will likely remain in place until a vaccine is widely available or if the county is able to reach “very, very, very low” cases before then.

Health experts say it takes two weeks after a mask order is put in place before you can expect any results. The county peaked at 409 cases on July 9 — less than two weeks from that order — but then experienced a dramatic decline in cases. It reported a low of 78 new cases on Sept. 8; however, there were 258 new cases on Sept. 10.

Wilson said that county officials had heard issues about people not wearing masks while attending school football games and other outdoor gatherings.

“We know that increases risk,” she said. “The point here is not to be punitive. I wish we had other options right now during COVID-19, but we simply don’t. We need to battle; we need to continue to battle this challenge.”

The county also launched a social media campaign Thursday aimed at engaging students and getting them to wear masks while in public and cut down on activities that may spread the coronavirus. Wilson said parents, teachers and administrators also have the ability to influence teens and other children to wear face coverings or make wiser decisions during the pandemic.

The new campaign comes as data shows Utahns aged 15 to 24 are a big factor in the rise of new case counts in the state.

While adjusting the county’s mandate, Wilson also said she appreciates Utah County’s new mask mandate. Salt Lake County Health Department data shows the southern part of the county, closer to Utah County, has some of the most new COVID-19 cases since Sept. 10. The highest case rates per capita are centered near the University of Utah campus and Salt Lake City and in Draper.

“We have seen high cases, of course, in Utah County, and I think that many people live and work and cross boundaries,” Wilson said. “We know the virus does not respect municipal boundaries, our county boundaries, so it was all the more important for Utah County to step up at this time, and I’m very excited that that has happened.”