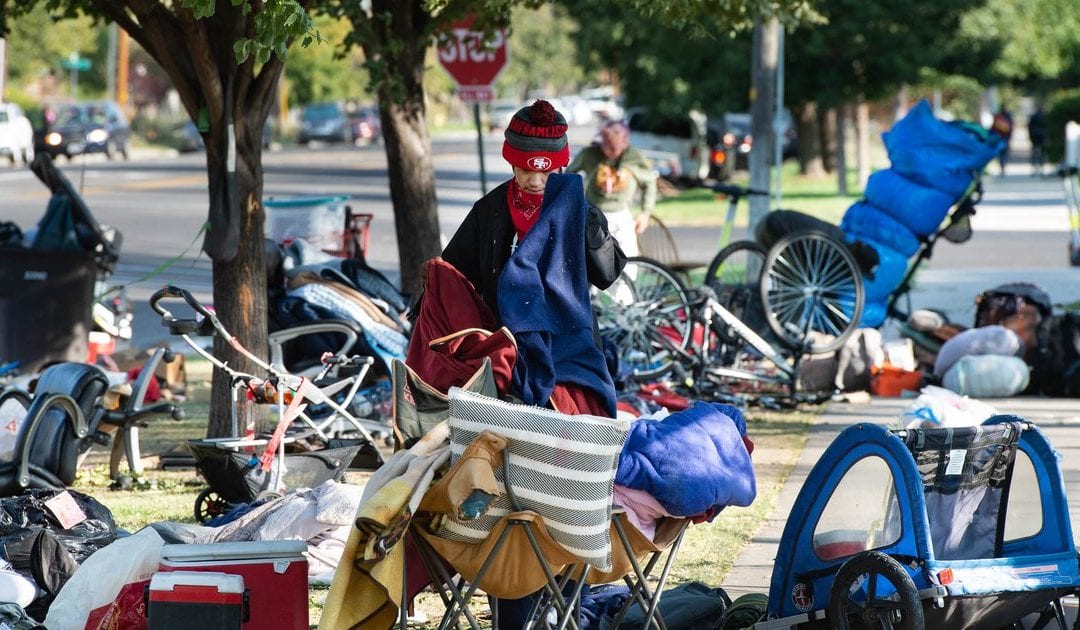 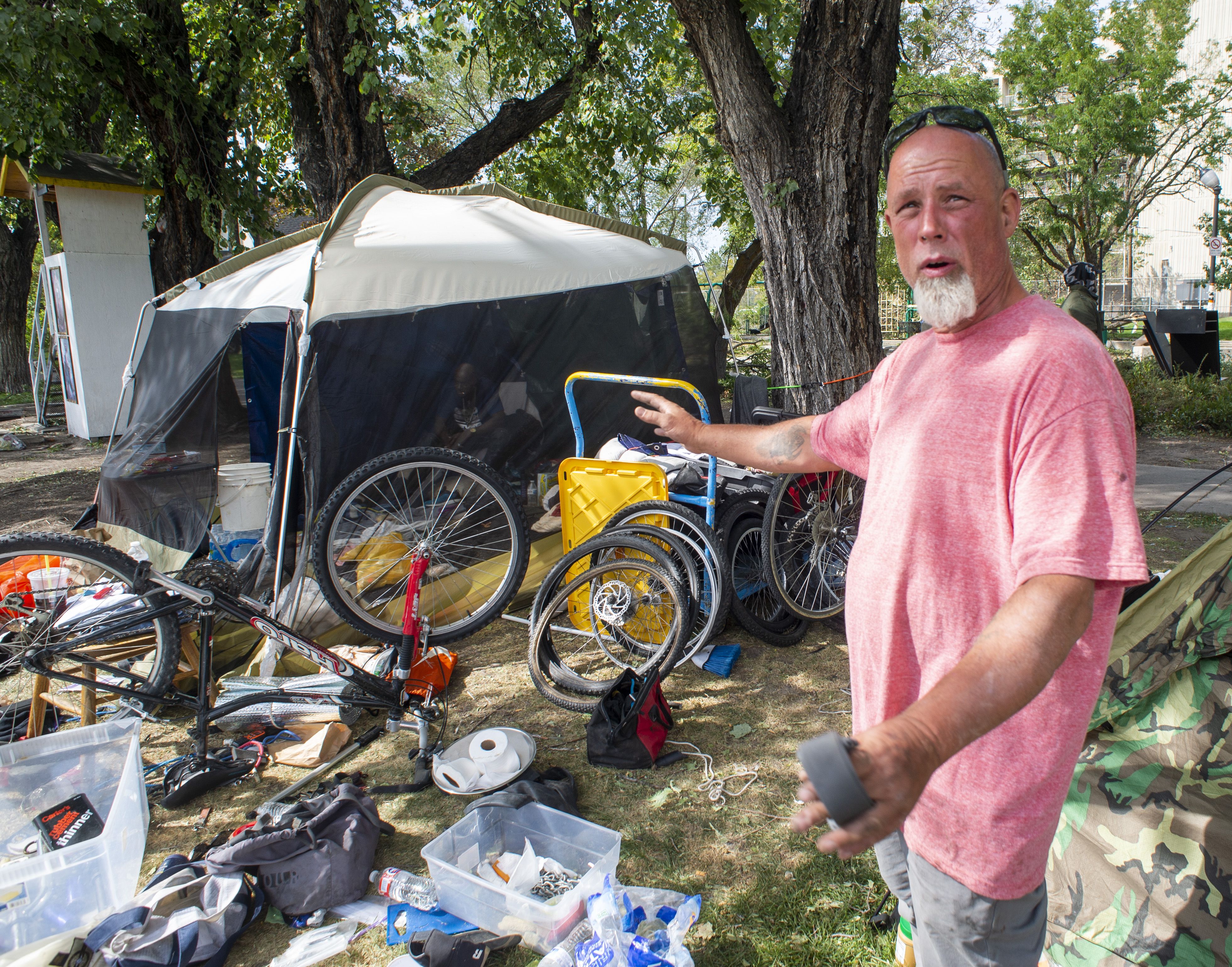 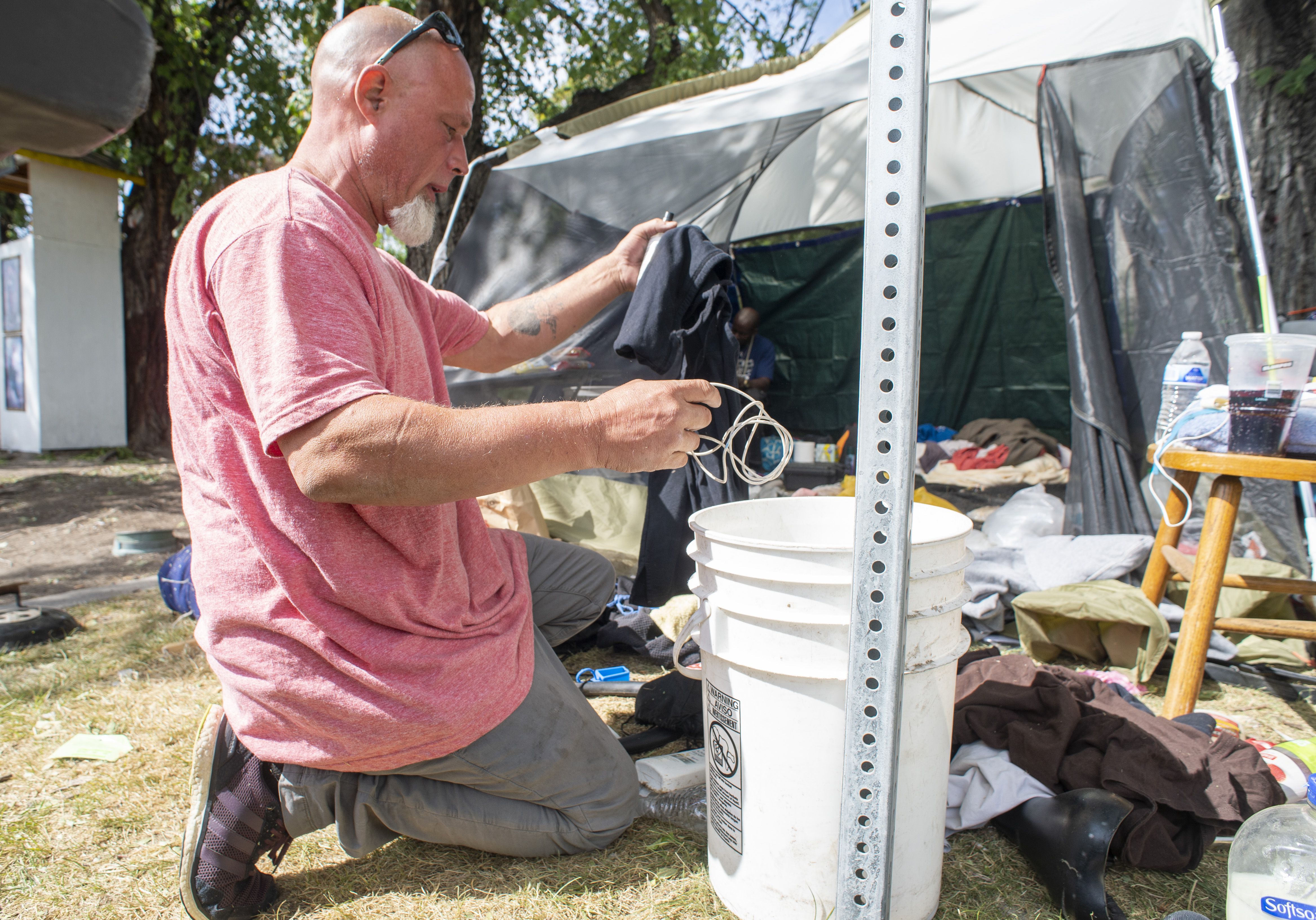 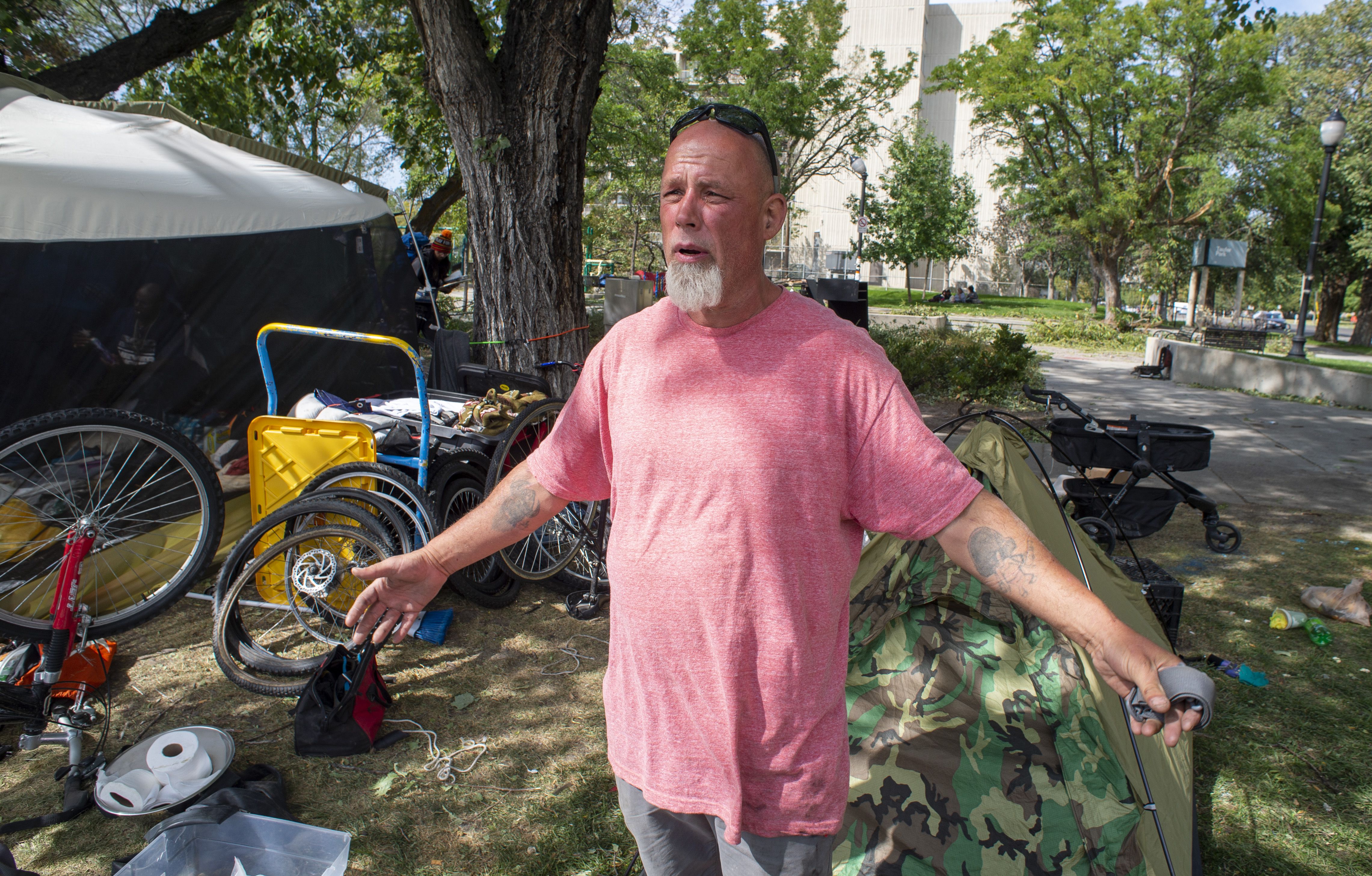 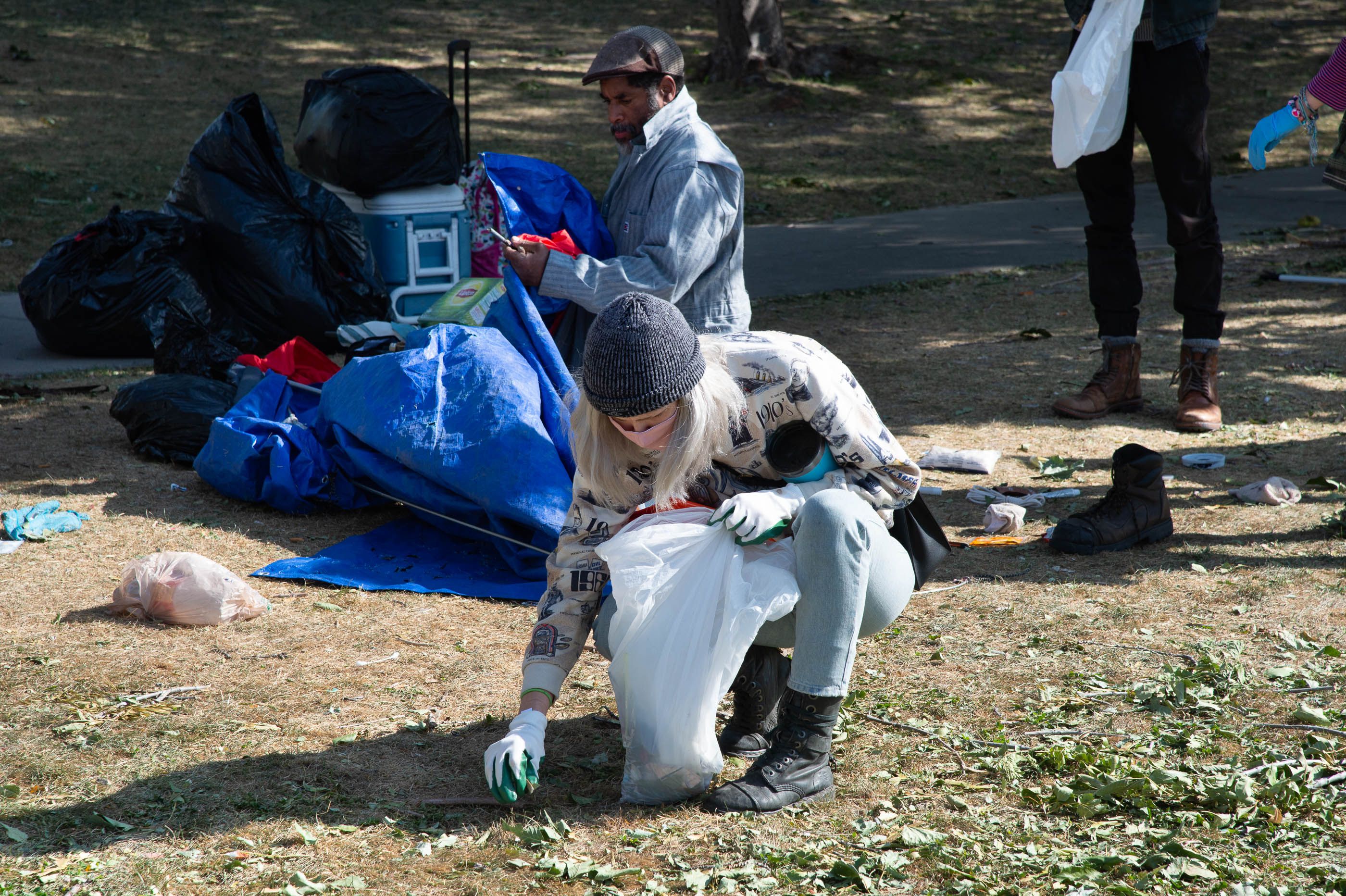 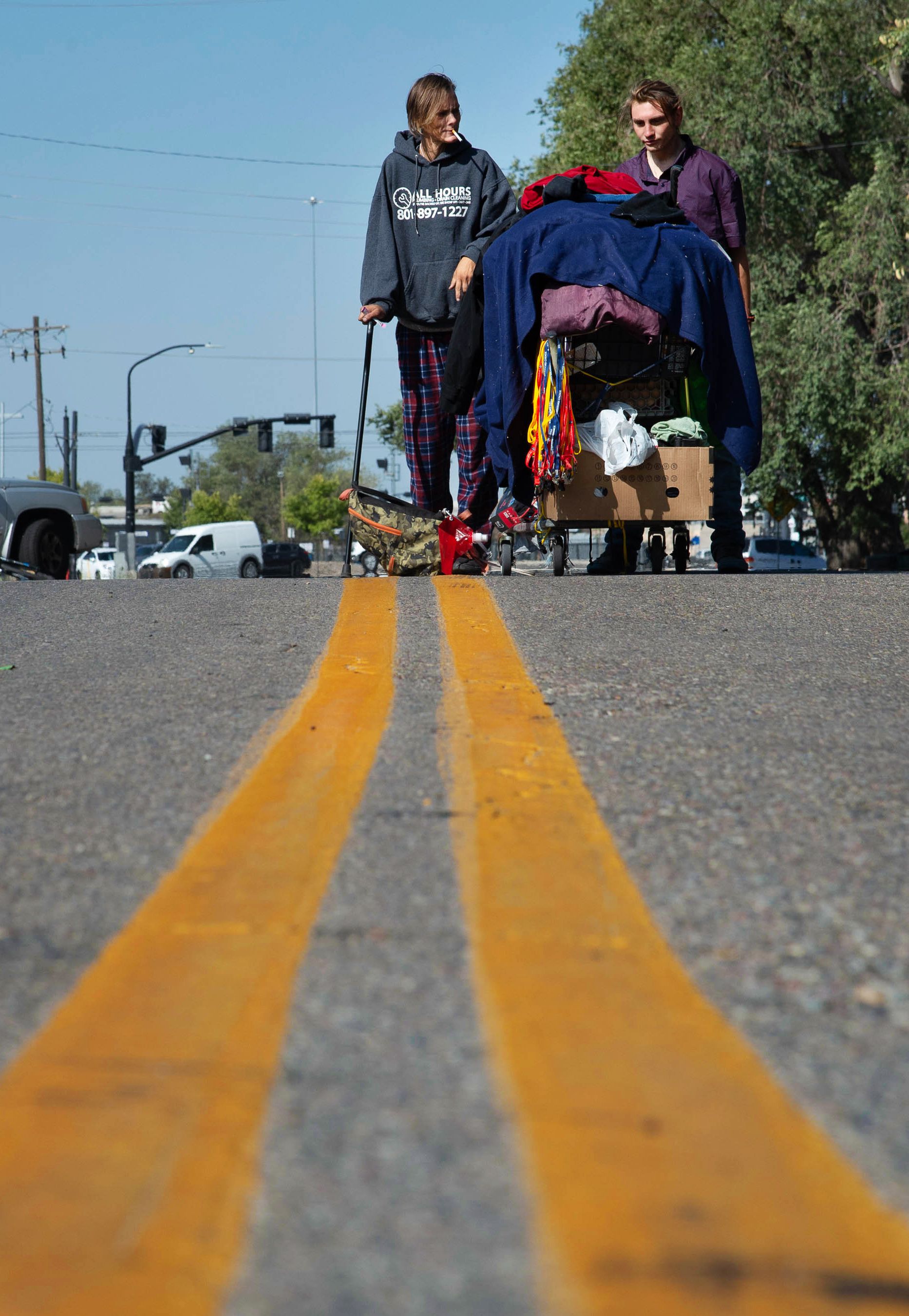 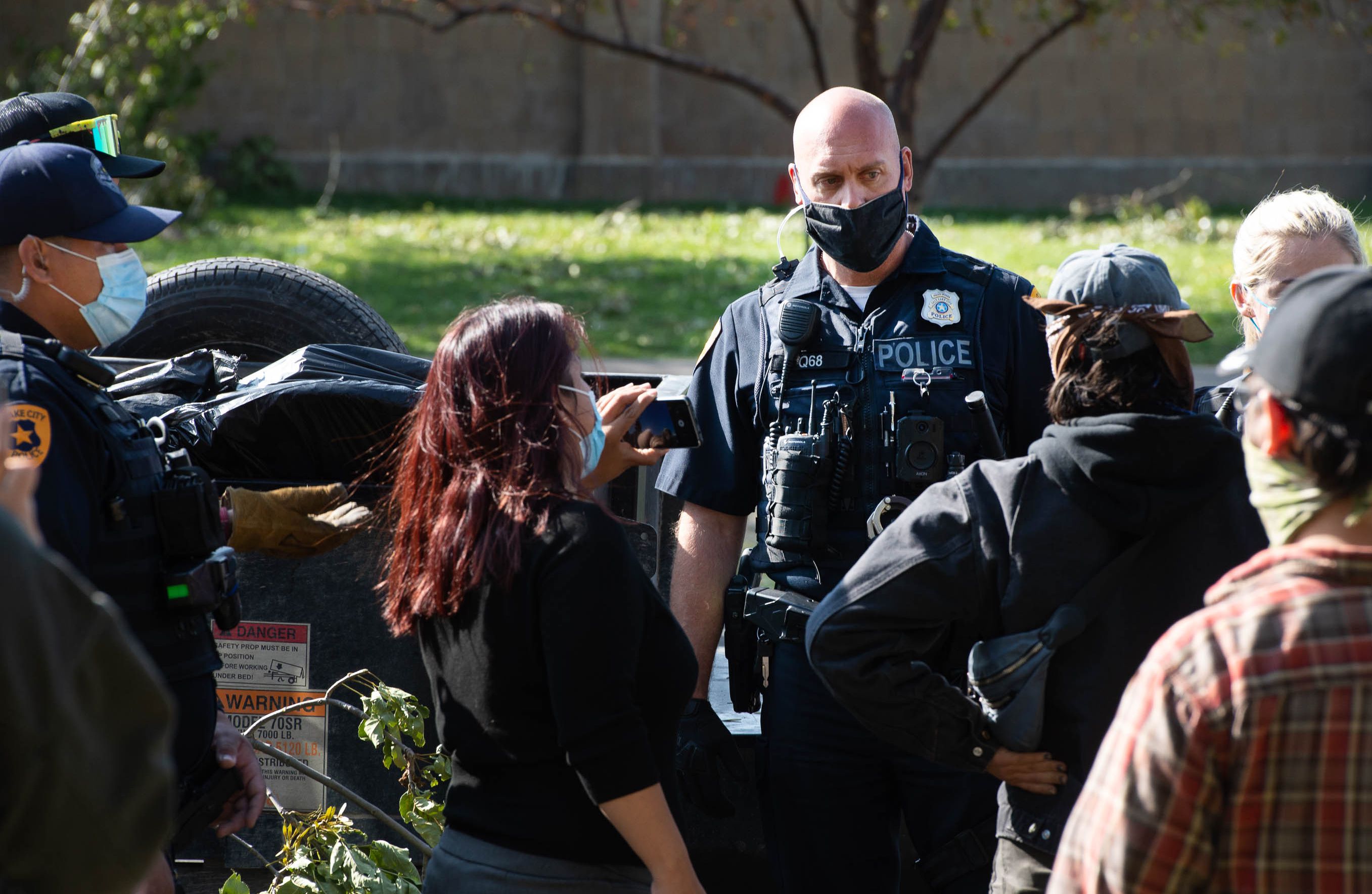 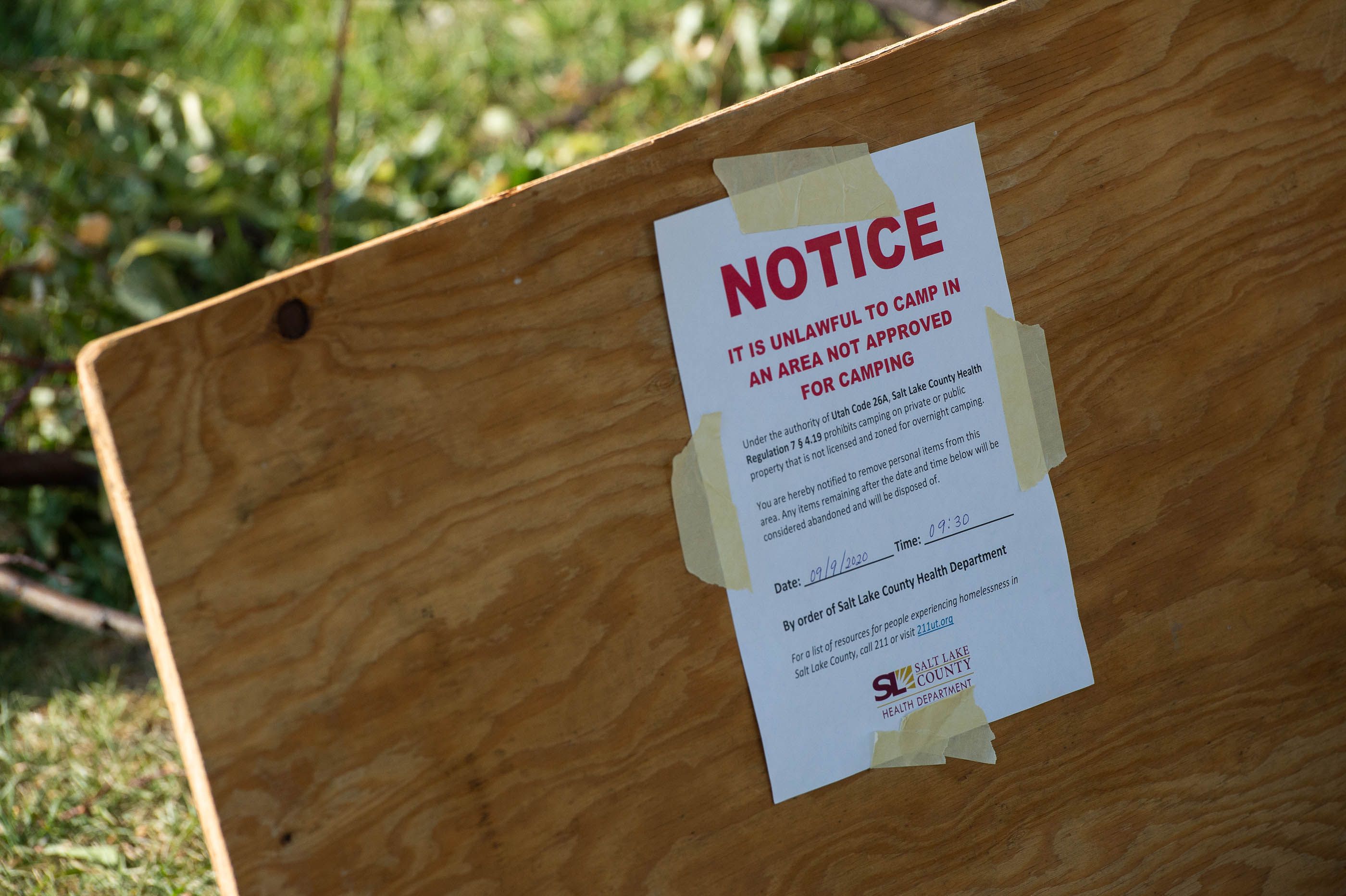 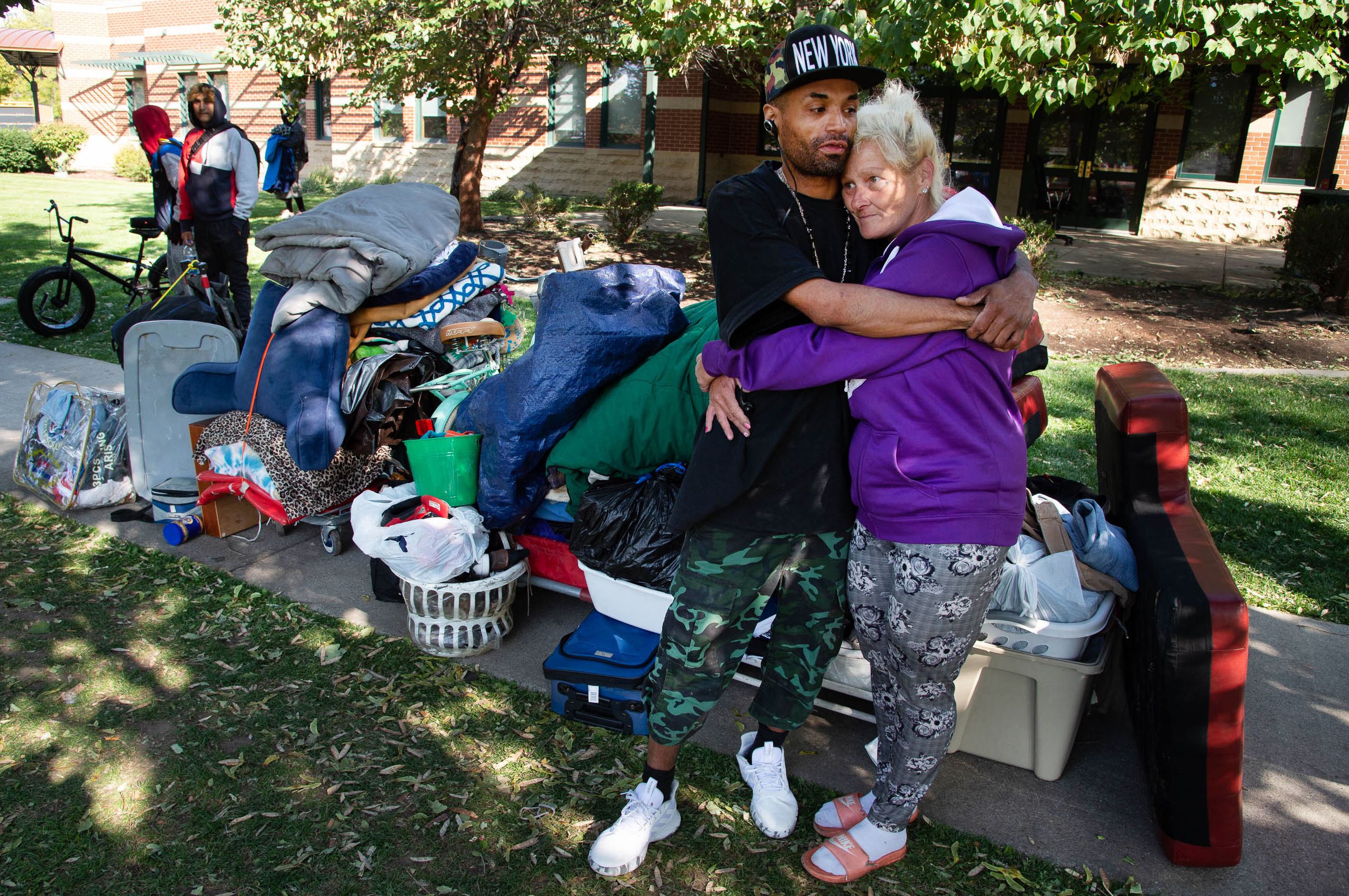 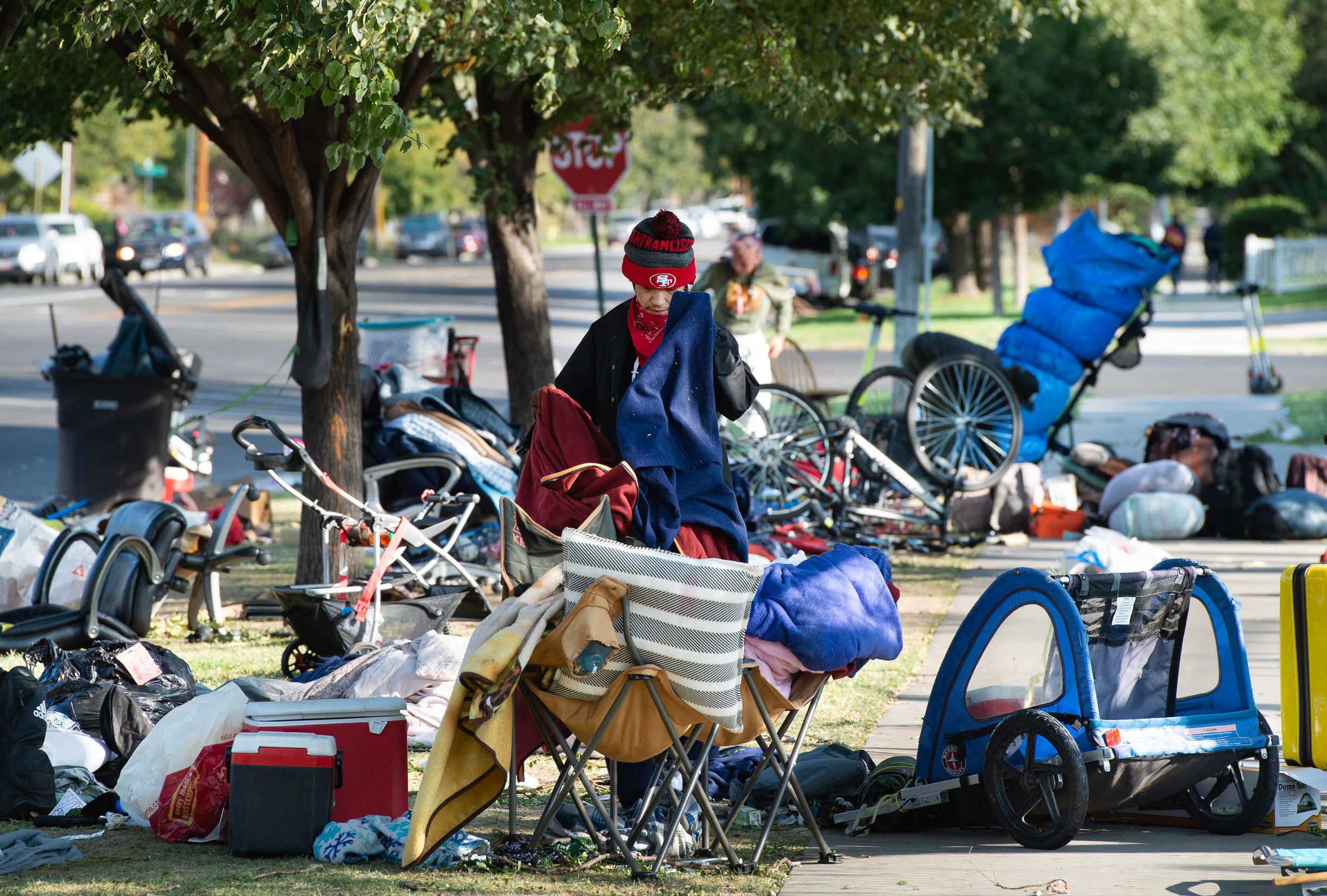 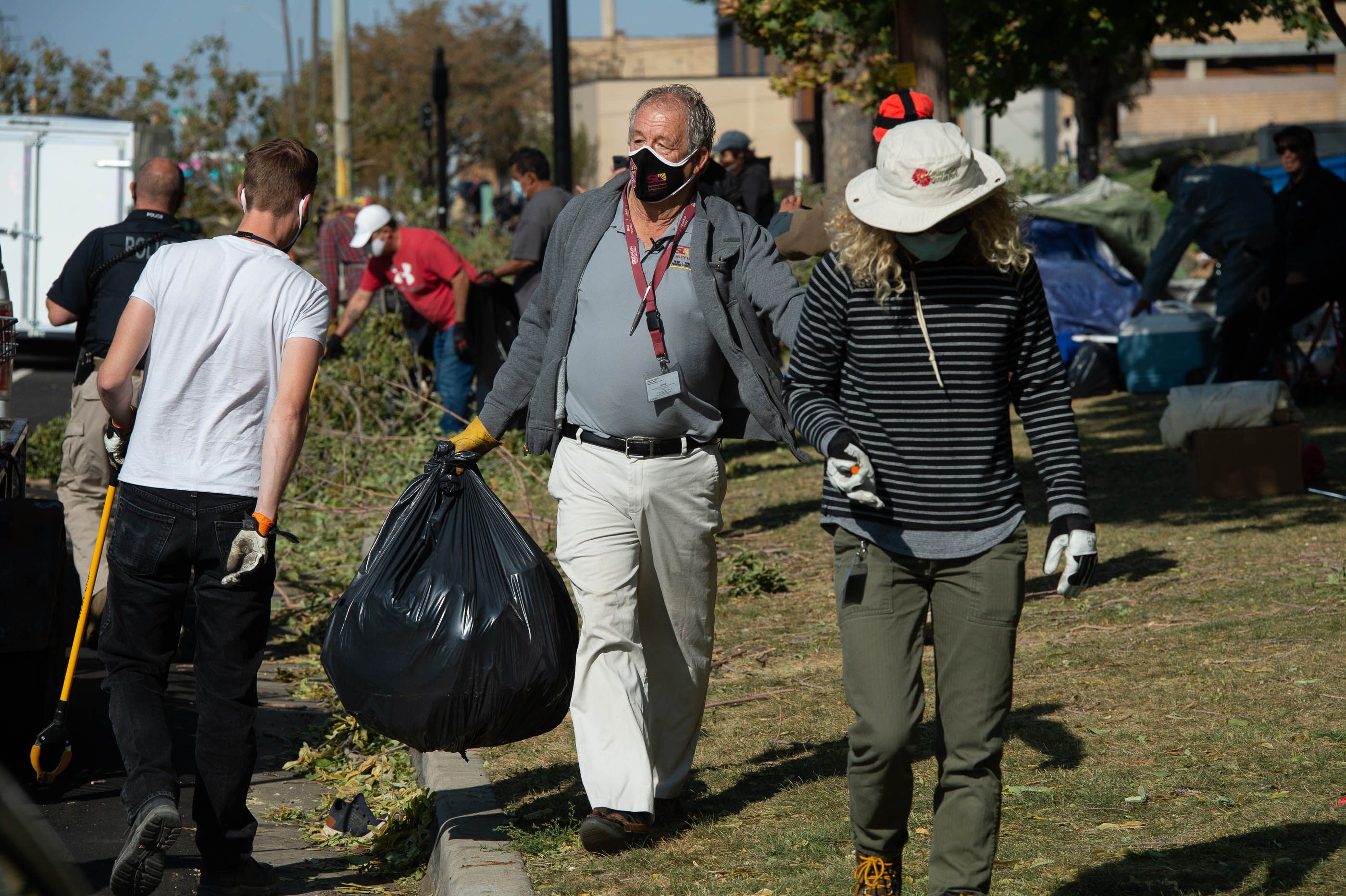 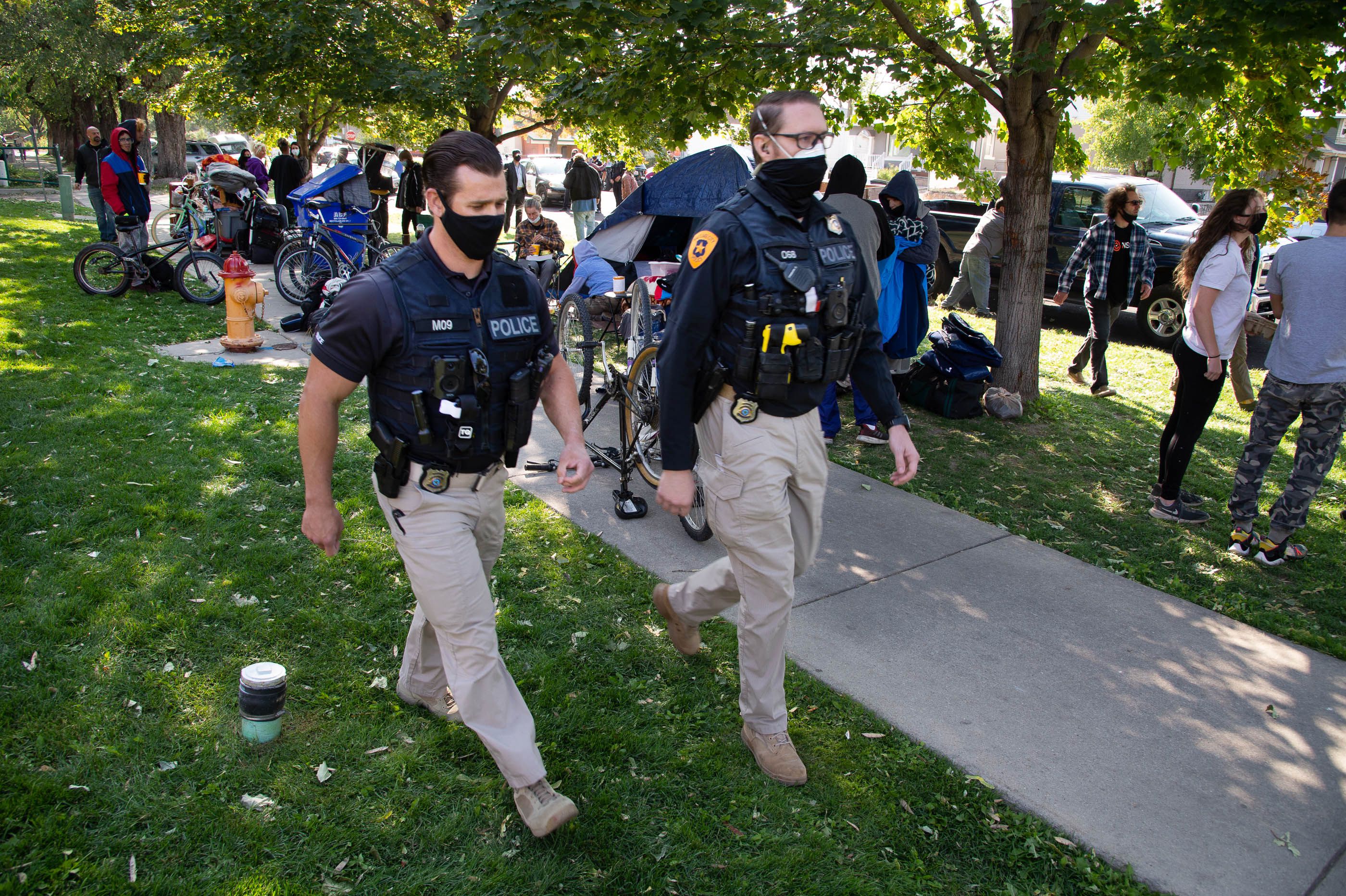 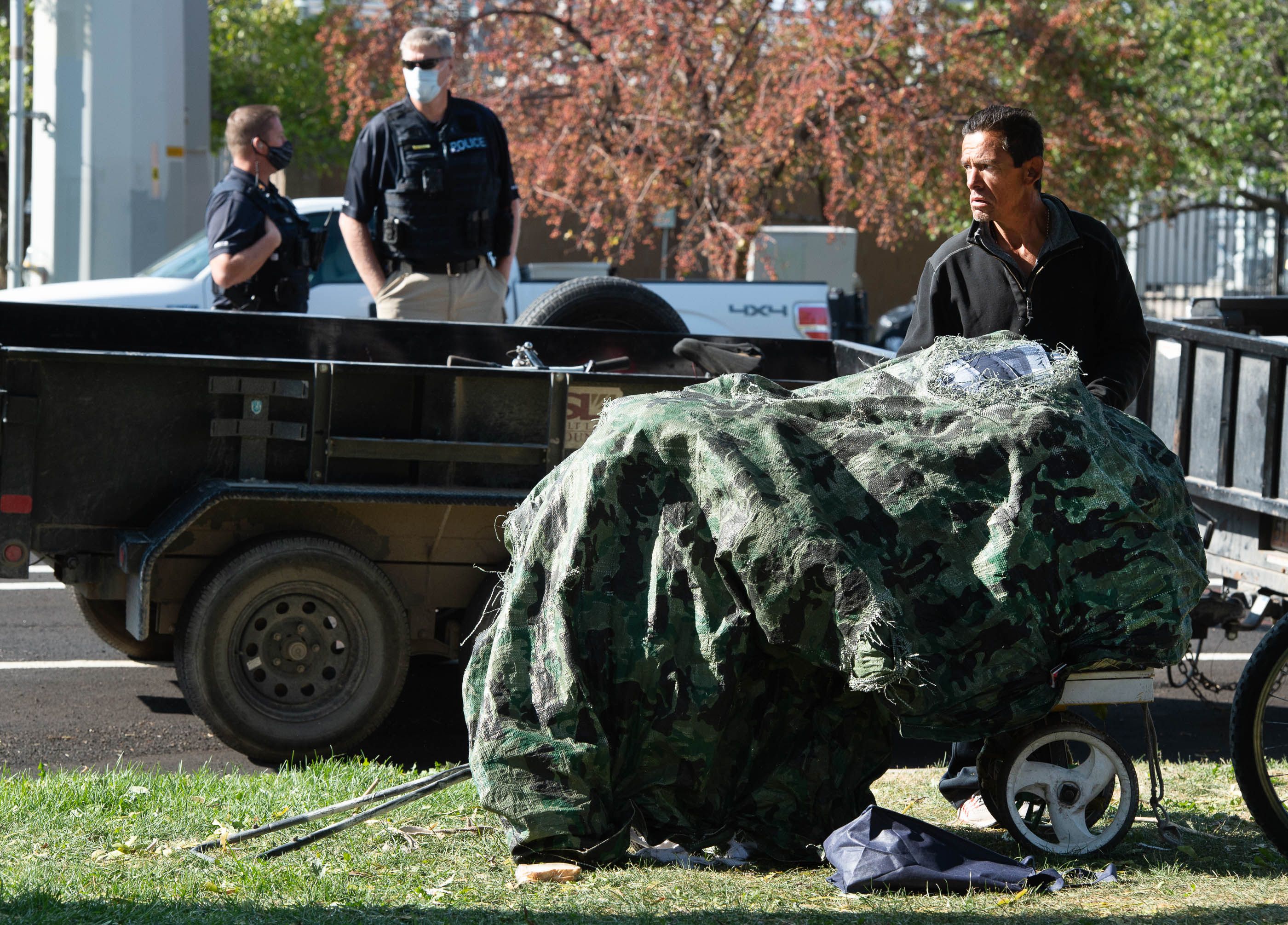 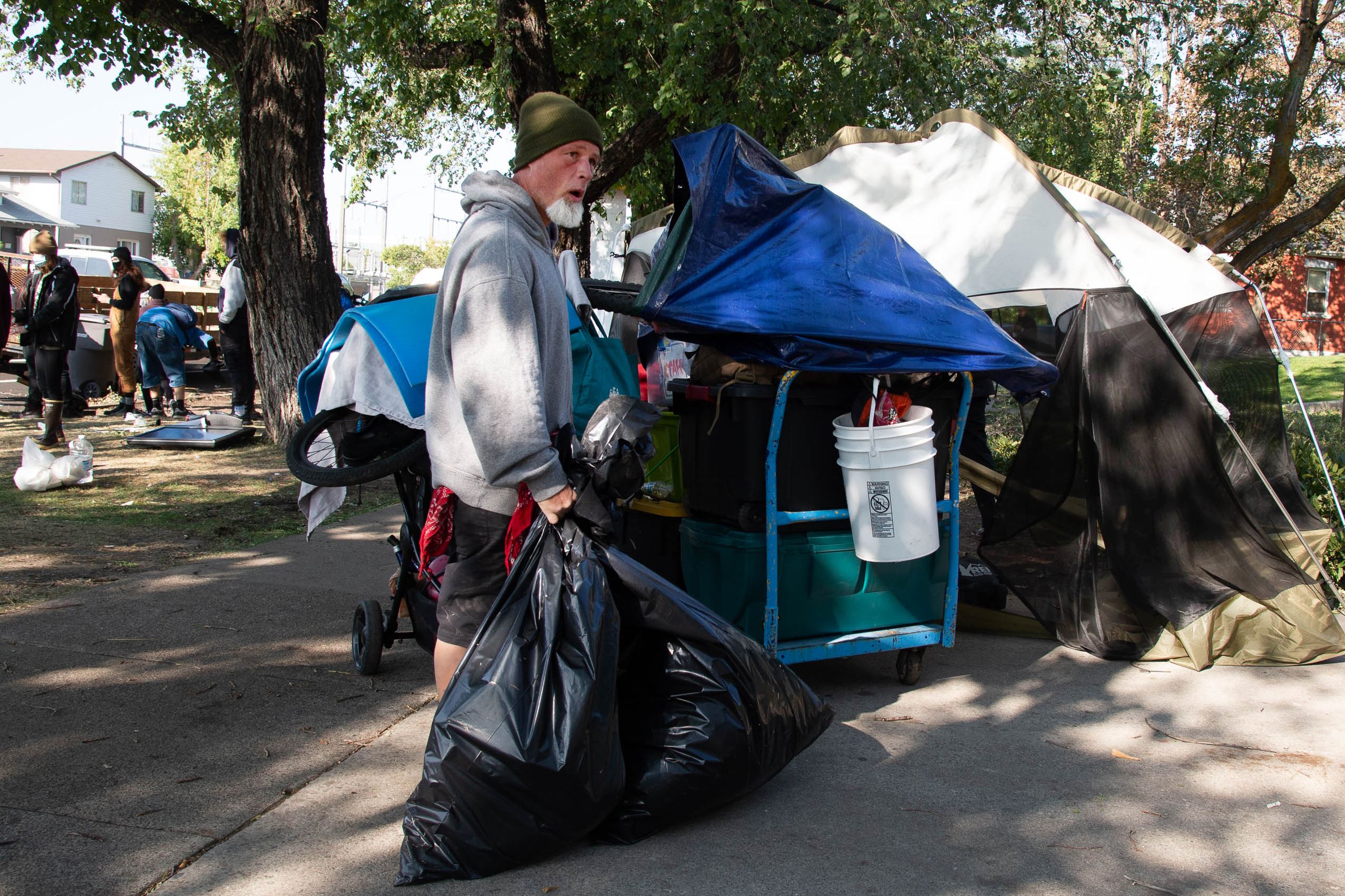 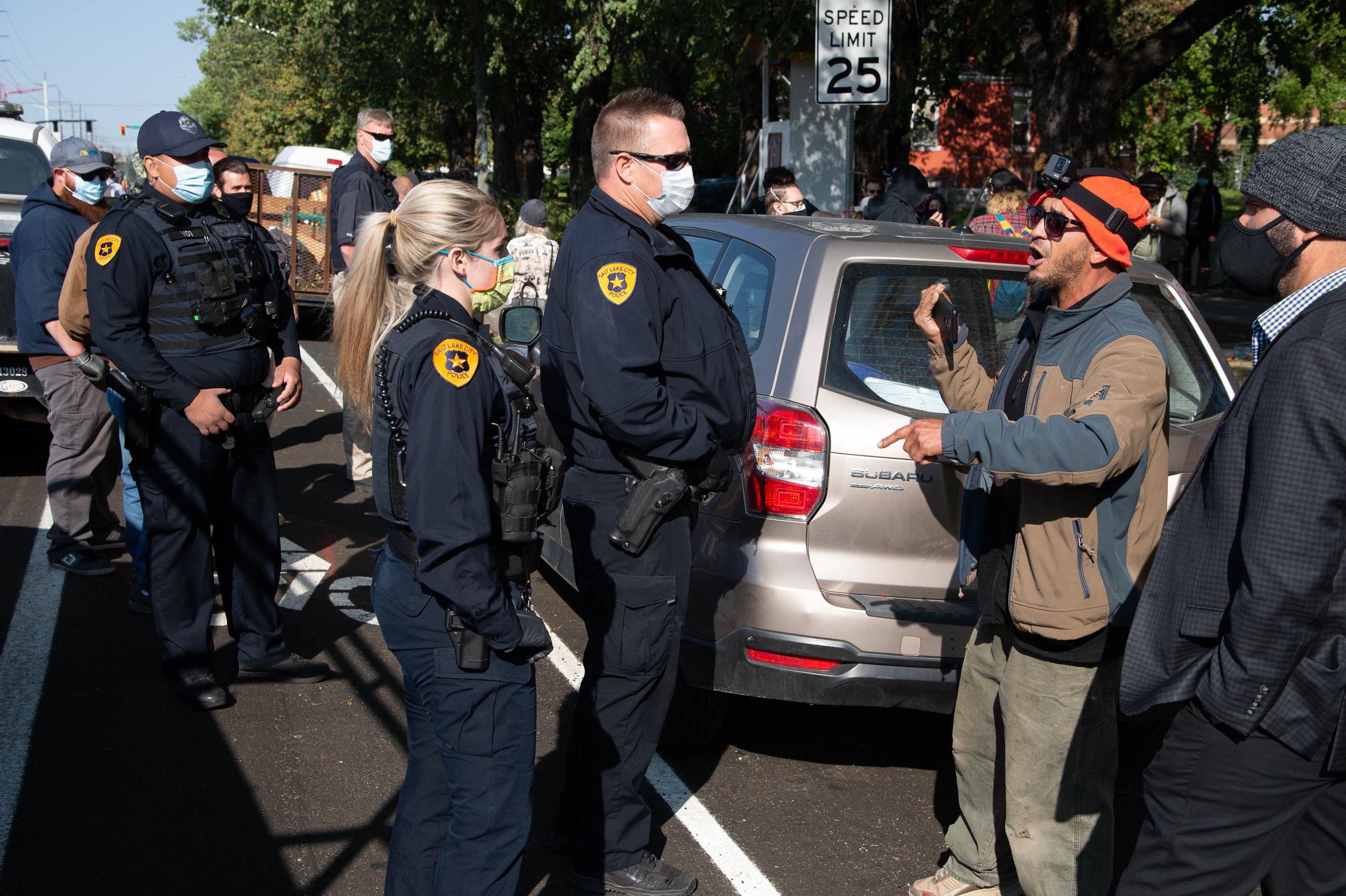 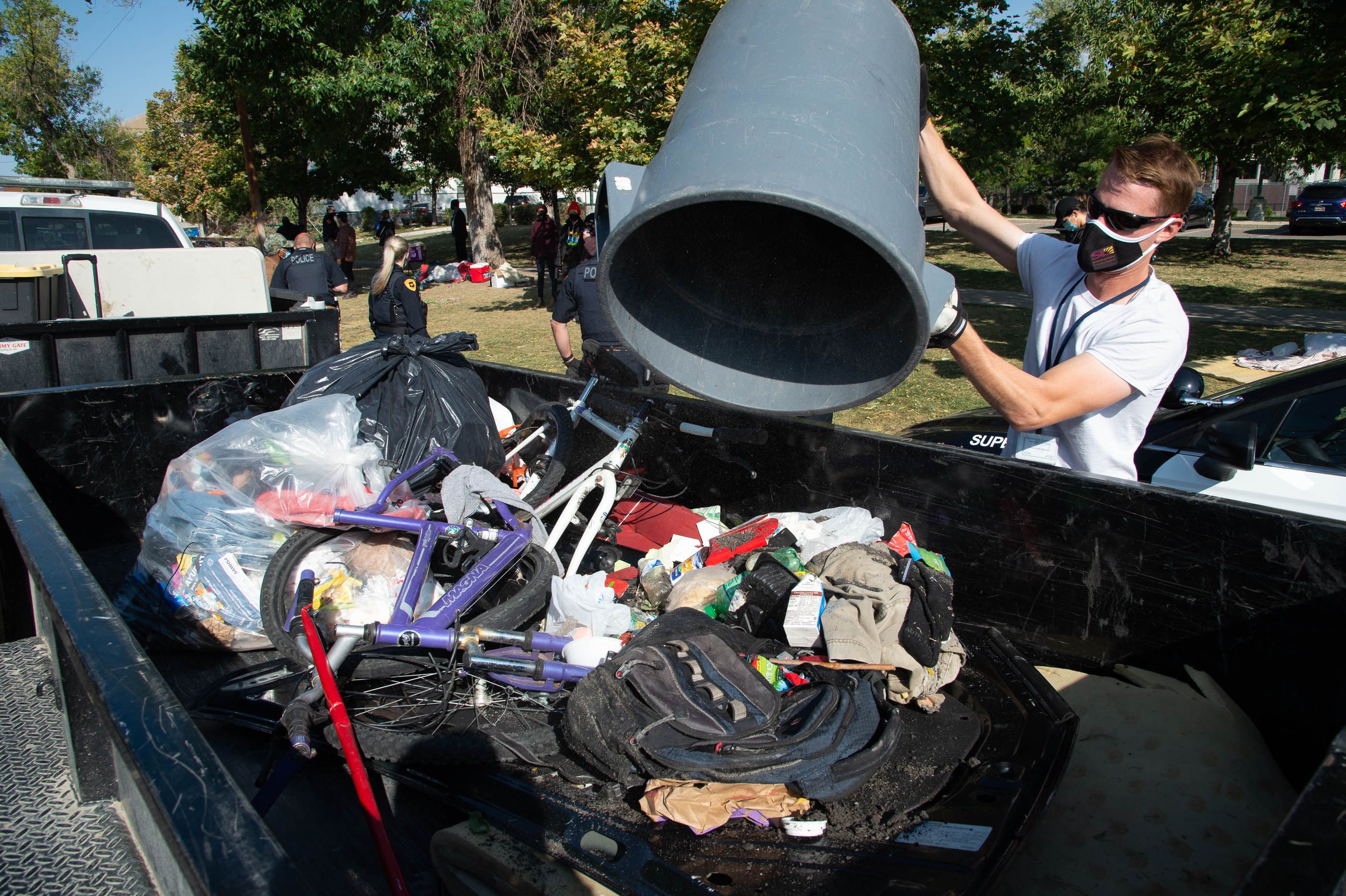 As they prepared Wednesday afternoon for the Salt Lake County Health Department to conduct a cleanup at their encampment the next morning, the campers at Taufer Park were frustrated.

In a few hours, they knew county officials would descend on the area, police in tow, and ask them to move their tents and clear up their belongings while the officials picked up garbage and searched for needles and biowaste.

The campers worried they’d lose some important items in the process. But they also knew that in a matter of days or weeks, the next cleanup could push them out, again, of wherever they took refuge if they left this park strip.

The encampments have come into greater public view in recent weeks, as COVID-19 has closed the public buildings people experiencing homelessness typically spend their days in and has also made some unsheltered individuals more likely to camp to escape the risk of the virus.

Health Department officials say the cleanups are meant to mitigate public health hazards in the community as a result of camping. But the cleanups have been targeted over the last year by activists who oppose the efforts, arguing that officials aren’t doing enough to help the homeless and are just pushing them from place to place.

Those tensions came to a head again Thursday, as Health Department officials and police faced off against protesters wielding phones livestreaming the events and attempting to stop the cleanup.

“Maybe we’ll show up at your guys’ house and steal your sh–,” one man yelled at a police officer.

“You’re ruining people’s lives,” another shouted at one of the cleanup workers.

The Salt Lake City Police Department, which provides support to the county Health Department as it conducts cleanups, ended up calling its officers off Thursday as tensions flared. And health officials delayed subsequent cleanup efforts at occupied campsites so emotions could die down.

Dale Keller, the county’s bureau manager of environmental health, was helping conduct the cleanup on Thursday and said the department’s efforts serve an important purpose in protecting public health. But he said he also understands the frustrations of community organizers, as well as the angst some people experiencing homelessness may feel when the department comes in to mitigate public health issues.

“Of all of the incendiary comments and screaming and yelling and insults, the one real, legitimate argument was, ‘Where are they going to go?’” he said afterward. “I don’t disagree that that is an issue and government leaders are working on that issue as we speak.”

And as the cleanups have become more conflict-ridden over the last year, Keller said he recognizes that success “is not moving camps around.”

‘Push them out to nothing’

As Keller walked from tent to tent down 700 South on Wednesday morning, he stopped to talk to each camper and provide them with notification of the next day’s cleanup.

“We do not want you to lose your stuff,” he said, passing each of the affected individuals a flyer with details.

It’s county policy to provide at least 24 hours notice of cleanups, so people have time to get their belongings together and move to another location, Keller said. But some campers say that doesn’t always happen and that they’ve been caught off guard in the past, with only a few minutes to get all their personal belongings together or risk having them thrown out.

Keller said the county never wants to surprise anyone but acknowledges there may have been times where people have been unaware until the day of.

“Maybe somebody, unfortunately they were not aware, maybe a notice blew off or they were not at the camp or some other issue,” Keller said. “I know that has happened but it’s not our goal, nor is it our policy.”

After receiving the notification from the Health Department that officials would be coming to clean up the surrounding encampments, camper Richard Ryan said his plan was to consolidate his tent and other belongings and be long gone before officials arrived with police.

(Rick Egan | The Salt Lake Tribune) Richard Ryan discusses his options as he will be forced to move his camp at Taufer Park in Salt Lake City first thing in the morning, and fears everything will be taken from him if he is not prepared when they arrive, Wednesday, Sept. 9, 2020. (Rick Egan/)

“I just want to be out of here before they get here,” he said Wednesday afternoon, noting that he’s lost items during cleanups in the past.

But a few minutes before 9:30 a.m. the next day, he was scrambling to put water bottles in a bag and clean up his blankets and tarps after a late start to the morning.

As the cleanup crew came to his area a few minutes later, with protesters following close behind, Ryan grinned.

“I love it,” he said, watching as the community organizers shouted and shoved their phones into officials’ faces. “There’s finally some people sticking up for us.”

Keller said he thought Thursday’s cleanup, which focused mostly on garbage pickup, had gotten a little “out of hand” but counted it as a success under the circumstances.

He also noted that the Health Department had taken a gentler tact, in line with Mayor Erin Mendenhall’s two-phase “Community Commitment Program,” a new approach to homeless encampments that includes neighborhood cleaning and outreach. No one was asked to leave the area on Thursday, Keller said, and a woman with a disability wasn’t required to take down her tent at all.

“I think these will get progressively a little more enforcement oriented, but that’s kind of based on what the city wants,” he said.

During a Zoom town hall conversation about homelessness and crime in the Ballpark neighborhood last week, Mendenhall described the first phase of the city’s new homelessness effort as a 12-week “enhanced and expanded neighborhood cleanup program.”

“We’re going to be deploying [Advantage Services’] contract service, doing power-washing, general garbage cleanup, biowaste cleanup. They can deploy trash cans that can be picked up by those services on a regular basis” as well as additional temporary bathrooms in hot spot camping areas, she said.

The city will also fully subsidize biowaste cleanup for private property owners during that time frame, she said.

Mendenhall said the second phase of the Community Commitment program would begin shortly after the first and would focus on expanded outreach to people experiencing homelessness on the streets. She compared it to the city’s yearly Homeless Project Connect event, which brings a variety of service providers together to provide housing and legal help, drug treatment and other resources to people experiencing homelessness.

In interviews ahead of and during the cleanup, that’s exactly what activists and people experiencing homelessness said they wanted to see: more resources.

Fasthorse said she hoped policy makers would put additional funds into drug detox, shelter beds and places for people to shower, as well as warm food and clothes, rather than on moving encampments from place to place. Camping cleanups, she argues, are a waste of taxpayer dollars in the face of more helpful solutions.

Another woman, who introduced herself as Kelly but declined to give a last name, said she particularly hoped officials would provide more access to public restrooms, which have become scarce over the last few weeks amid COVID-19 shutdowns.

“I just think they need to make more resources available,” she said, sitting on a tarp outside her tent on Wednesday afternoon ahead of the cleanup. “If they did that, or at least gave options that were viable, people wouldn’t be so angry. It feels like they push them out to nothing … and then what?”