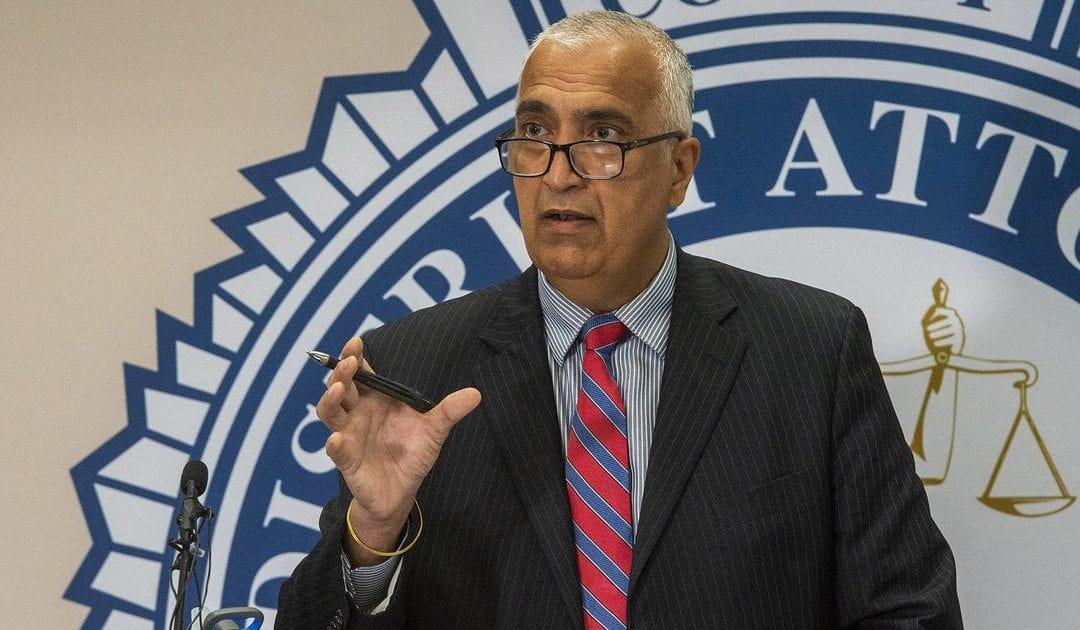 Black Democratic leaders are adding to the voices speaking out against District Attorney Sim Gill’s decision to file felony charges, with possible life sentences, against protesters who painted the streets and smashed the windows of his office building.

“As a minority caucus there’s nothing I see from Sim Gill that shows he cares about minority communities or vulnerable communities,” said caucus chair Angela Charles in a phone interview. “It doesn’t seem like there’s progress being made.”

Seven people face first-degree felonies for allegations that they smashed windows or bought red paint, transported it to a protest on July 9 and spread it on the District Attorney building as well as on the street. The criminal mischief charge is normally a second-degree felony, but Gill upgraded it with a gang enhancement because the protesters acted as a group.

The demonstrators were responding to Gill’s decision not to prosecute the officers who shot at Bernard Palacios-Carbajal dozens of times while he fled, killing him. Police said he was carrying a gun that he kept dropping and retrieving.

“Over the last few years, we have listened to District Attorney Sim Gill cite the law that prevents him from taking action when unarmed civilians are killed by the police,” the caucus wrote in its statement. “It is also the law that punishes, to the fullest extent possible, those who throw paint on a building protesting those killings. We ask, how is that just?”

Charles said the Black Caucus mulled issuing a statement when Gill issued his findings in the Palacios-Carbajal case, but held back when the district attorney, a Democrat, released a list of ways Utah could reform its use-of-force laws.

“We thought ‘this is great, Sim Gill hears us, he hears the community, he wants to fix the law,‘” Charles said.

To then issue charges with possible life sentences over damage to a building felt like a reversal, she said.

“Now it seems like he’s trying to make an example of people, and that’s frightening,” Charles said.

“These aren’t violent criminals. These are people we live with, people I’d want as neighbors,” Charles said.

In a phone interview, Gill said he was following statute set by Utah lawmakers.

“The ‘gang enhancement’ is a term the Legislature has created — when you have people in concert of two or more who engage in … acts of vandalism,” Gill said, adding that he didn’t believe the protesters were gang members. ”The Legislature used the word ‘gang.’ That’s not what I’m saying and that’s not what the charges are saying.”

(The charging document for six of the defendants lists the first count as “CRIMINAL MISCHIEF (GANG).”)

Gill previously told The Salt Lake Tribune that to avoid a conflict of interest he will turn the cases over to another, as yet unidentified prosecutor, outside Salt Lake County, in the case of protesters accused of damaging his office building.

Like the use-of-force laws, Gill said the state’s gang enhancement laws might need revision. He said he’s willing to meet with the Black Democratic Caucus or any other citizens to discuss his policies and charging decisions.

“Although this is a politically elected office, our work cannot be,” Gill said. “In the end it’s not about policing one political side or the other.”

Charles said she has not spoken to the district attorney. In its statement, the caucus called on Salt Lake City police to use a city prosecutor to bring charges instead, saying the group had lost confidence in the county’s ability to administer justice. Charles clarified that while Salt Lake City does not currently have an attorney with that authority, she would like to see it create such an office.

“We cannot, in good conscience, continue to support District Attorney Sim Gill. His actions have shown he doesn’t understand the rallying cry of this protest movement,” the caucus statement said. “The status quo is no longer acceptable.”

Gill is in the middle of his third four-year term as district attorney. He does not face reelection until 2022.