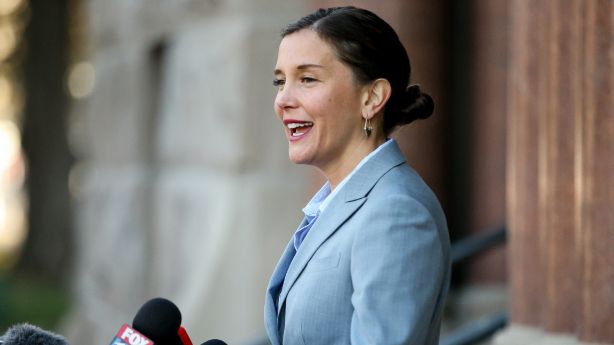 SALT LAKE CITY — If residents of Salt Lake City violate Gov. Gary Herbert’s new “Stay Home, Stay Safe” directive, which went into effect Friday, they could be charged with a class B misdemeanor, fined up to $1,000 and spend up to six months in jail.

The state’s directive, which is not a shelter-in-place order, was issued in response to the COVID-19 pandemic.

Mendenhall’s proclamation, making violation of the directive punishable as a misdemeanor, goes into effect Friday at 11:59 p.m. and will remain in place as long as the city remains in a state of emergency.

While violators of the directive could be punished with jail time, city leaders are encouraging voluntary compliance.

I just signed a 5th proclamation that gives @GovHerbert’s directive the force of law in #SLC. I’m grateful for the collaboration w/@GovHerbert & @SLCOMayor on #StaySafeStayHome. What residents can expect is similar to requests we’ve made all along. More https://t.co/1um2zeT8YApic.twitter.com/kgjw39MDbC

“Salt Lake City residents are urged to voluntarily comply with this proclamation and every effort will be made to educate people to achieve compliance,” the proclamation states.

Earlier this month, Salt Lake County released 90 inmates from the jail who were deemed to be low-risk, amid growing concerns about the novel coronavirus.

“You will not be arrested for going to work on Monday,” police said in the statement. However, police said employers should transition to teleworking, if possible.

“Every effort should be made to telework. If that isn’t possible and unless they truly are essential to the functioning of society (food, medicine, infrastructure) or can operate with complete physical distancing, they shouldn’t be operating.”

SLCPD is working closely with city, county, and state leadership. We strongly urge you to #StaySafeStayHome though this pandemic. #COVID19#FlattenTheCurvehttps://t.co/qnK79xToFxpic.twitter.com/kLVMWQ0mlp

The state’s directive will remain in effect until April 13 and urges all Utahns to stay in their homes unless leaving for essential purposes.

“The state’s action today, and my fifth proclamation, gives additional clarity on what is required — by both businesses and individuals — to truly flatten the curve,” Mendenhall said in a statement. “We are asking our residents to act with great care in this unprecedented time. Think not only about your own well-being, but about your neighbor’s.”

“You can still go outside, exercise at parks, hike on trails and go to grocery stores,” Mendenhall said. “Many of the businesses that we rely on every day will still be accessible.”

As part of the measure, the Salt Lake City International Airport will close to any passengers without a ticket. Individuals picking up or dropping off passengers must remain in their cars.

Additionally, certain activities in city parks will be banned so long as the order is in effect. Facility rentals are banned and team sports cannot be played in city parks. The use of skate parks, playground and fitness equipment is also barred.

Recreational activities that promote social distancing are allowed in the parks, the measure states.

The mayor’s proclamation also limits the sale of cemetery plots to those who need to bury someone during the time the proclamation is in effect.

Here are some infographics that show what it will mean to #StaySafeStayHome in Salt Lake City. #FlattenTheCurve#utpol#slcpic.twitter.com/HbnPCGzuAp

The governor’s directive, and Mendenhall’s proclamation, come just one day after the newly-elected mayor said she would take action in Salt Lake City if the state didn’t issue some type of “stay-at-home” measure.

So far, two Utahns have died of the disease.

Herbert initially called for the repeal of the orders but later said communication hadn’t been ideal between the county and the state.

He also said he expects Utahns to “live within the spirit of the law” at this time, but does not feel the need to attach penalties to the rule. He left open the possibility that the guidance could be strengthened if there are flagrant violations of the rule.

“While I agree today’s actions are a step forward, I had some concerns that the governor and state leaders were willing to accommodate,” Wilson said in a statement. “Therefore, I asked the governor and state leaders to prioritize immediate negotiations with counties outside of Salt Lake County to develop a common framework — especially counties that have major hospitals.”

Wilson said she has asked that “in the days to come, the state be willing to go further — immediately — if necessary. I have the commitment from the state that we will.”