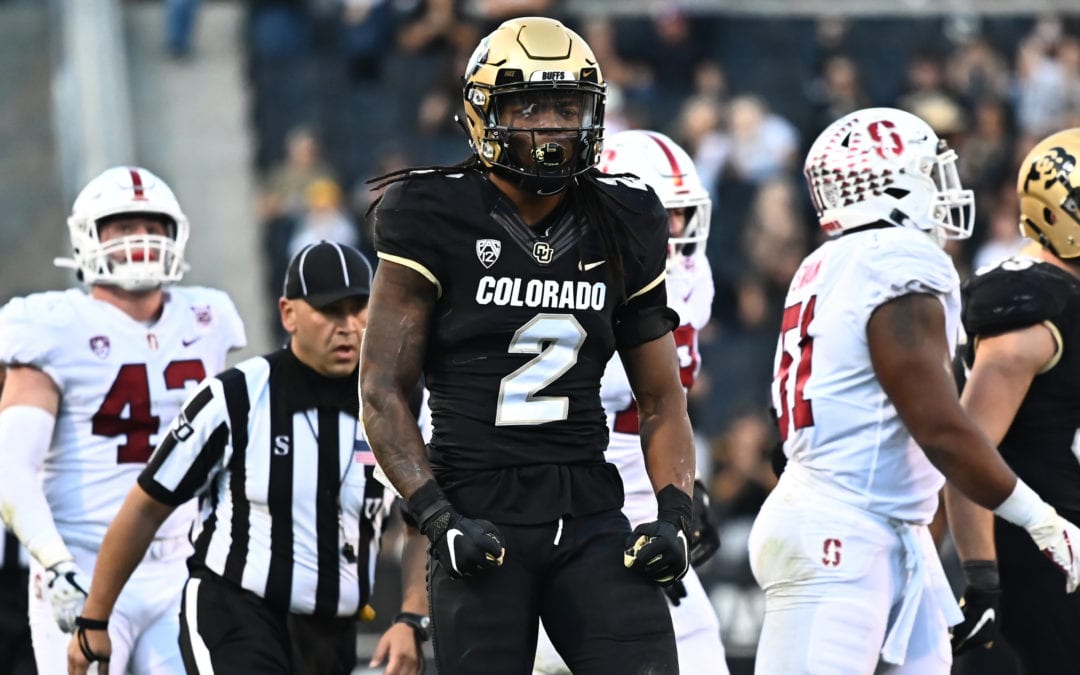 New Orleans Saints WR Michael Thomas had a season for the ages in 2019, catching an NFL-record 149 passes for a league high 1,725 yards and 9 touchdowns. Thomas has increased his production in each of his four professional seasons, setting league records with 470 receptions for 5,512 yards and 32 touchdowns. For as great as Thomas has been, the Saints have gotten little production from their other wide receivers.

WR Ted Ginn Jr. had the next most receptions among the team’s wideouts in 2019 with just 30, and in 2018 WR Tre’Quan Smith caught 28 passes to finish second at the position behind the 125 balls that Thomas hauled in. With the addition of Emmanuel Sanders in free agency, the Saints have shored up what has been a glaring weakness over the last two years. Sanders is 33-Yrs old however, and the NFL draft looks loaded with wide receiver talent. The Saints may take advantage of that pool of talent, perhaps even with their first-round pick, 24th overall.

Today’s draft profile looks at a versatile wideout talent that should still be available late in the 1st round.

A native of DeSoto, TX, Shenault lost his father at ten years old when a vehicle struck and killed him in front of the family while on vacation. After starring at DeSoto High School, Shenault would attend the University of Colorado, where he contributed as a freshman. By the end of his sophomore year, he was one of the nation’s top receivers, catching 86 passes for 1,011 yards and scoring 11 touchdowns in just nine games. Inconsistent quarterback play limited the Buffaloes offense in 2019, but Shenault still earned second team All-PAC 12 honors with 56 receptions for 764 yards and six scores. He was a versatile player for Colorado, often lining up all over the formation and also a threat as a runner out of the backfield.

Shenault was a limited participant at the NFL Scouting Combine in February, revealing that he had suffered a core muscle injury that required surgery days after the event. He had several injuries during his collegiate career, giving some scouts reason to question his long-term durability, particularly because of his physical style of play.

Shenault’s versatility was a bit of a drawback in college. The Buffalo offense used him in so many roles didn’t allow him to perfect a position or develop a more refined route tree. Running more polished routes will be an area of opportunity for him at the NFL level. He has solid technique but will need good coaching and reps to become more polished. Those lack of reps at receiver in college has left some doubt to how good a natural route runner he can be.

Laviska Shenault has elite ability as a runner in the open field. He combines great burst and vision while initiating contact with a would-be tackler. As a receiver, he shows sudden acceleration at the snap and aggressive physicality at the top of his route. He threatens a secondary at all three levels, with the speed to get deep and the running ability to take a short pass into a big gain. Shenault has excellent body control, allowing him to adjust to the throw downfield or along the sideline. He has good hands to pluck the ball out of the air and secure it quickly.

Some scouts have compared Shenault to Deebo Samuel because of their physicality and open field skills. Samuel was a 2nd round draft choice of the San Francisco 49ers a season ago and became a key part of their offense on the way to an NFC championship. Saints head coach Sean Payton saw what a difference an open field playmaker like Samuel can be and also knows how effective an offense is with multiple receiving threats. Adding a player like Laviska Shenault would give the New Orleans offense a versatile threat to line up multiple places along their formation to perhaps take the Saints offense to another level.