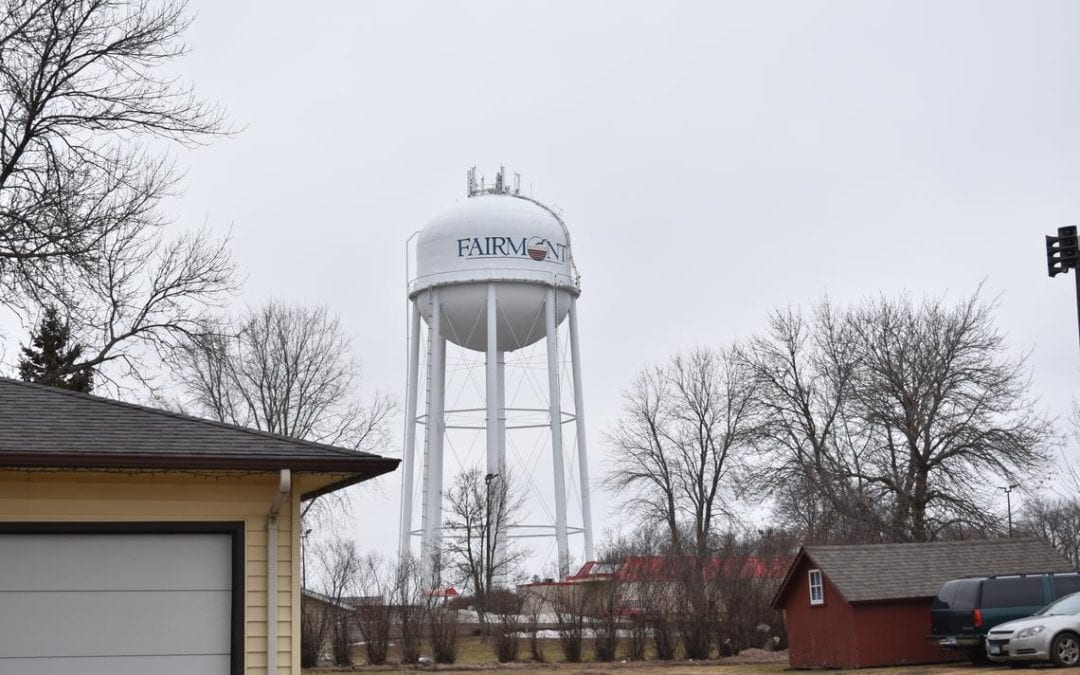 At just 20,000 residents, the agricultural region has 24 confirmed cases of the virus and two deaths, according to Martin County Sheriff Jeffrey Markquart. (The Minnesota Department of Health website posts 23 cases.)

It dwarfs the single cases in neighboring Jackson, Faribault and Watonwan counties.

“If I knew, believe me, I’d be beating the drum a lot louder,” said Markquart, who has been beating the drum quite loudly as it is, via regular Facebook videos updating the residents on each new case and sprinkling in community mitigation strategies.

“It looks like most of our cases are from community spread,” he said. “Is it from going to the doctor and sitting in the doctor’s office? Is it going out and getting groceries?”

“I don’t know why the numbers here would be higher,” said Debbie Foster, mayor of Fairmont, a town of 10,000 alongside a chain of six lakes and the Martin County seat. “I’m a huge walker and I walk the streets regularly. I don’t see much traffic since the executive order on Saturday.”

The two deaths in the county were said to be men in their 80s with underlying health conditions, one a resident of a senior living center.

“We may have had travel-related cases months ago,” says Tim Langer, public health sanitarian with Martin County Human Services. He estimates the county had five cases related to travel — “just to various places across the U.S.” — and that some of the travel-related cases were couples.

“It is absolutely concerning to us. Our main goal has been to get the word out from day one. . . . We’re kind of at a loss as to why this is happening.”

Pressed for a theory, Langer pointed to early skepticism within a certain cable news outlet.

“My personal opinion is there are some folks listening to some media outlets that were not taking this seriously. That can be a factor too. It’s hard to prove that. I don’t want to get political. But there were outlets saying it’s a hoax, it’s no worse than a cold, and those are things people listen to. Our advice has been to look to credible sources of information like the Minnesota Department of Health and the CDC (Centers for Disease Control and Prevention). “

“We are doing our best and have been since day one to get the word out that this is a serious situation and that people need to follow our governor’s orders concerning social distancing, hand-washing, and limiting your trips to grocery stores.”

Another possibility lies in the fact that, since March 16, Mayo Clinic Health System has operated a drive-thru coronavirus testing site in Fairmont, potentially increasing the number of persons being tested for an illness widely considered to be underdiagnosed statewide. Mayo Clinic Health System did not provide numbers of how many tests it is conducting daily in Fairmont.

In other words, its possible Martin County just has a more accurate tally of who has the virus, and everyone else is worse off than they realize.

By virtue of its three Mayo Clinic testing sites in Rochester, with 56 confirmed cases, Olmsted County also has far more cases of coronavirus than do much larger metro counties like Dakota, (50 cases) and Ramsey (51 cases). A Mayo drive-thru site also sits in Mankato, which borders Le Seuer County, which has more cases than much-larger St. Louis County.

Before March 16, the day Mayo testing began, Martin County had no cases.

That said, while Mayo tests double to triple the numbers each day than does the state, it still screens who to test and likely conducts a larger portion of test on health care workers, raising the possibility that Fairmont, with its agricultural economic base, isn’t being excessively tested.

“I do believe people in our area are taking this very seriously,” says Foster. “We need to continue to listen to the recommendations from health officials. It’s our responsibility to do this for each other.”

“I think the community is aware of this,” says Langer. “People are scared. People are concerned. The key takeaway is, if you are practicing social distancing and hand-washing, the illness can’t be transmitted.”

As a public service, we’ve opened this article to everyone regardless of subscription status. If this coverage is important to you, please consider supporting local journalism by clicking on the subscribe button in the upper right-hand corner of the homepage.