Roof collapses a concern for upcoming weekend snowstorm in Colorado 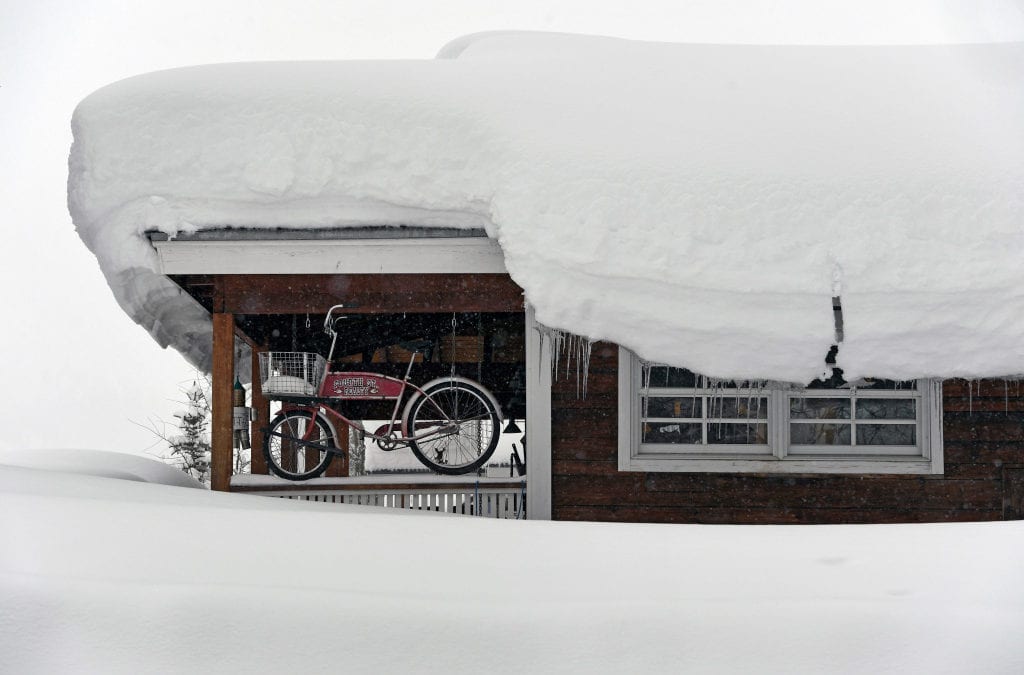 With Denver expecting anywhere from one to three feet of snow this weekend, roof stability is among the many concerns that come with the storm.

For metro area residents, it’s too late to begin preventative measures for your roof with the snow expected to hit hard starting Friday.

But if you have asphalt shingles installed, you can clear a patch of snow to safely get up and brush the snow off.

“Other than that, there’s not a whole lot that can be done,” said Cory Nerz with A-Denver Roofing. “Hopefully the roof structure is sound enough, is really what it comes down to.”

If you do choose to get up on your roof, Randy Brothers, president of Elite Roofing, said you’ll need a harness.

Homeowners with roofs made out of tile, wood and other synthetic-style material are advised to not walk on them when there is moisture present due to the higher risk of collapse and the slippery surface.

Older homes are the main point of concern, given that they were built when building codes didn’t necessarily account for heavy snow loads.

“Unless they’ve changed something or brought it up to code, they are the ones that are going to be more susceptible,” said Tom Bouckaert, production manager for Interstate Roofing Inc. Denver.

Older homes typically have a rafter span of 24 inches on center, he said, which has been a bit too large, creating a deflection in the roof deck.

“Over time, the roof deck is weakened because it’s spanning too much weight of constant snow loads, various weathering and general wear and tear,” Bouckaert said.

Bouckaert said that newer homes are typically built on a rafter span of 16 inches on center, and are more equipped to sustain the current building code of 30 pounds per square inch of snow load.

Brothers is most worried about older homes and buildings that have flat roofs. Roofs that are steeper will hold less snow, with more falling off as it melts.

Laura Schwarts, director of communications for Denver’s Community Planning and Development, said roofs aren’t considered not up to code if they don’t meet today’s requirements. The codes that apply to construction are whatever the codes were when the roof was built.

“If you’re looking at a roof in a home that’s 20 or 30 years old, it is up to whatever those codes were when the home was built,” Schwarts said. “If the roof has been replaced today, then the roof needs to meet today’s building code.”

For people with older roofs looking to improve stability, Brothers said they should talk to an engineer, not a roofer. Brothers said that in order to increase snow-load capacity, homeowners will need more than just roofing materials.

Brothers said this process would involve anything from reinforcing rafters to doubling up sistering rafters to just adding more rafters.

The price for having an engineer make a report could range anywhere from hundreds to thousands of dollars, depending on the complexity of the structure.

Though roofers hope that there aren’t many collapses, Nerz said there isn’t much to be done if you have an older home, given potential structural issues.

“If you’ve spent any amount of time driving around town, there’s definitely homes you can see with a serious deflection in the roof deck,” Bouckaert said. “Unfortunately, all things considered, there may be a few (roof collapses).”