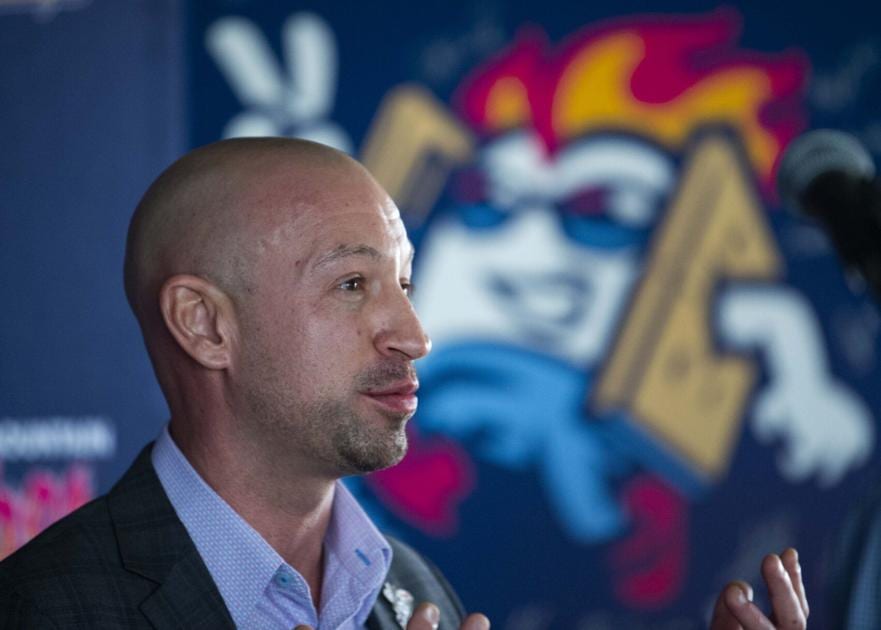 The ever-changing footing beneath the city’s professional baseball team is shifting again with the departure of Rocky Mountain Vibes president and general manager Chris Phillips.

Phillips helmed the team in recent years as it transitioned from Triple-A to short-season Rookie League to the new Independent MLB Partner League status that will launch with the 2021 season. He also oversaw the change from the longtime Sky Sox team name to the rebranding of the Vibes, complete with the s’more mascot Toasty that has become a popular merchandising item.

“The Vibes brand in general and Toasty, that’s my baby,” Phillips said. “That will be part of my career that I’m really proud of and the fact that it has been so successful and is getting the attention it has has meant a lot to me. Not that I’m taking all the credit for it, that was a team effort.”

Phillips is leaving to join Bourbon Brothers Entertainment, which includes a campus on the north side of town with a restaurant of the same name, a brunch spot and Boot Barn Hall concert venue. Phillips developed a relationship with Bourbon Brothers owner JW Roth shortly after arriving in Colorado Springs 10 years ago as Sky Sox director of sales. As Roth looked to expand with similar campuses in other cities he asked Phillips to join as president of the entertainment company.

Phillips sees it as an opportunity to elevate to a Colorado Springs music scene that he feels needs a pick-me up.

“Music’s something I’m really passionate about,” said Phillips, who leaves baseball after 21 seasons in the minors. “The venue they have is state of the art, I mean, it is absolutely top notch.

“It was the right time, the right company, the right guy to work with; I’m excited about it.”

“The one thing COVID did teach us was how to manage remotely,” Jones said. “With the possibilities of Zoom and Microsoft Teams and everything else, it’s almost like you’re there.”

Jones will continue his role with the Hillcats, but his past experience should help the Vibes as they transition to independent status. In addition to time with the Dallas Cowboys, running the suites at the Staples Center in Los Angeles and various roles in affiliated Minor League Baseball, Jones spent several years with the then-independent Sugar Land Skeeters.

In affiliated baseball, all the sport-specific items like baseballs, bats, and catchers and training equipment are provided by the parent organization. In independent ball, teams are required to handle those logistics. Jones has overseen such operations as well as player contracts, which are also unique to independent leagues.

He’ll provide that expertise while the existing staff, led by Keith Hodges and Kyle Fritzke, will take larger roles in the day-to-day operations of running a professional team and its promotional schedule.

“We’re in good hands here no matter what, whether I’m here or not,” said Phillips, who plans to spend about 10 days a month in Colorado Springs and the rest in Lynchburg, Tenn.