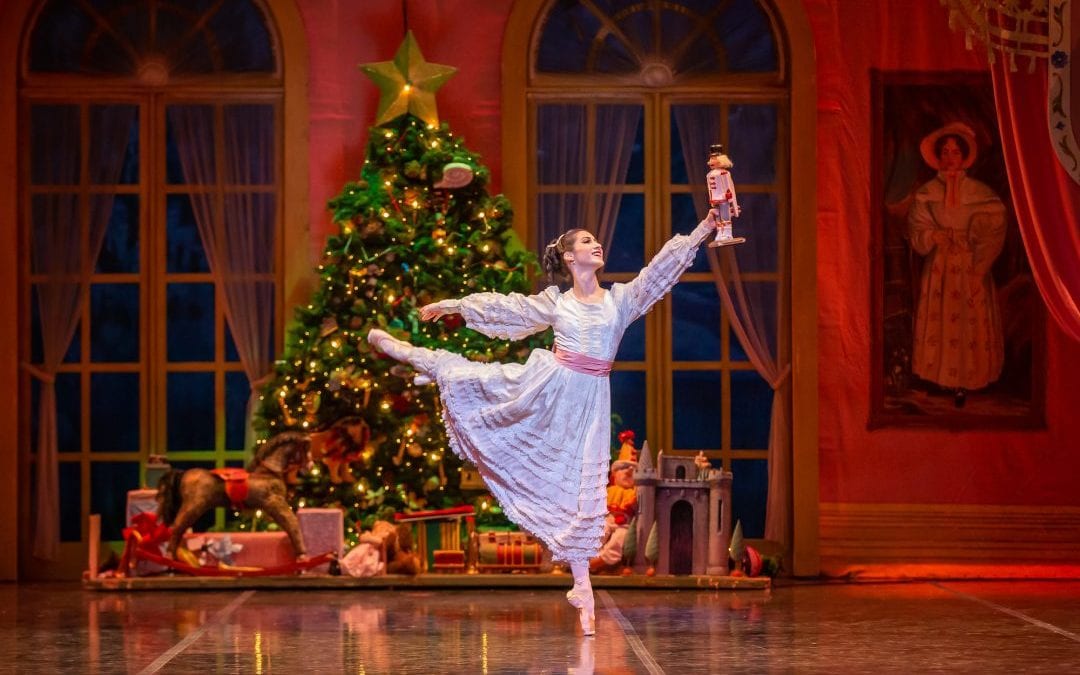 “The Nutcracker” is the biggest thing going in Denver’s fine arts scene. Nothing comes close, really.

Colorado Ballet presents it 28 times each year, starting around Thanksgiving and ending after Christmas, with nearly all of the performances taking place at the 2,220-seat Ellie Caulkins Opera House. In 2019, every one of them sold out.

So, it shouldn’t come as a surprise that something as small as a global pandemic would be unable to prevent all of the ballet’s famous fairies and mice and snowflakes from engaging in their annual ritual.

Rocky Mountain PBS will broadcast “The Nutcracker” six times starting on Thanksgiving and ending on Christmas. It will also be available via the RMPBS app. It’s free. Info at coloradoballet.org.

“The Nutcracker,” in some ways triumphantly, will be back in 2020.

Is it different? For sure. Is it diminished? Some people will think so. T

his time around, the ballet will arrive via public television, which will present a recorded version of last year’s production. The wonder of being in the same room with dozens of highly skilled, colorfully costumed professional dancers leaping around massive, high-tech stage sets disappears.

But, in return, audiences get a new way to experience a classic that’s been around for more than a century. It’s easy to look on the bright side of shaking up the old routine.

For all of those parents who shell out hundreds of dollars on tickets, outfits and pre-event luncheons, there’s financial relief. The presentation is free to anyone with a television or an electronic device capable of downloading the Rocky Mountain PBS app via the internet.

They also avoid the stress of taking their 6- or 7- or 8-year-olds out to the opera house with all of its rules about sitting still and staying quiet and behaving like an uptight adult for two-plus hours. “The Nutcracker” historically serves as many kids’ introduction to the world of dressing up and acting right, and that can be a challenge for all involved.

And that’s actually a gift for everyone else — the folks who aren’t chaperoning and just want to watch the amazing dancing and acrobatics that this show delivers. They get to avoid the endless and audible shushing and the constant seat-squirming that goes on around them in the real theater. (That in-house chaos can be a cute spectacle for the first 20 minutes, but like Herr Drosselmeyer, the clever toymaker who creates the story’s magical nutcracker, it gets old fast.)

Plus, this year’s presentation will be convenient. Rocky Mountain PBS plans to broadcast it a whopping six times over the next four weeks, starting Thanksgiving evening and ending at 12 a.m. on December 25. The production also can be streamed anytime during that period over the web.

The arrangement is meant to satisfy the needs of ballet fans during a health crisis, but also to assist two of the region’s premier cultural institutions — the dance company and the broadcast enterprise — as they make their way through difficult times.

Both sides see a benefit. Rocky Mountain PBS gets hours and hours of free content to fill key time slots in its schedule. The station’s mandate is to program locally, and this presentation, no doubt, helps accomplish that.

In return, Colorado Ballet gets a prime opportunity to raise cash for its ailing budget through the appeals for support that will accompany the presentation. Public television, known for its highly effective pledge breaks, can be a fundraising powerhouse.

“We’re coming together, not exchanging money, but trying to create a vehicle for people to donate,” explained Amanda Mountain, president and CEO of Rocky Mountain Public Media.

That could be a lifesaver for Colorado Ballet, which has had to cancel its entire 2020-21 season due to crowd restrictions caused by COVID-19. Productions of “The Great Gatsby,” “The Wizard of Oz” and “Giselle” are all being rescheduled.

Losing “The Nutcracker” was particularly damaging. The show accounts for 60 percent of the company’s annual $5 million in ticket sales, according to artistic director Gil Boggs, and connects it directly with the 58,000 customers who see the show.

The revenue losses hurt the company all around. Everyone on the support staff took a significant pay cut and the dancers had their annual paid weeks reduced from 34 to 20.

The 60-year-old company was left asking for money to pay its bills rather than earning much of it through performances and on-site classes. It has launched a Relief & Recovery Fund with a fundraising goal of $3 million to offset declines.

That campaign is “doing well,” Boggs said, and it recently benefited from a $500,000 matching grant given by a local donor (who asked to remain anonymous).  But Colorado Ballet still has a long way to go in covering its operations and the salaries of its dancers, who have all been called back to the rehearsal studios starting in January.

Anything it can raise through the upcoming TV and web events will help.

The production that will air on PBS took place during one of Colorado Ballet’s student matinees last year. Fortunately, the company has a deal to record its productions, which are streamed into schools and education centers far and wide.

It’s also fortunate that the TV station and the ballet company share a board member, Duke Hartman, who is co-founder of High Noon Entertainment, the content-creating company known for developing successful TV programs like “Cake Boss,” “Fixer Upper” and  “Unwrapped.” RMPBS chief Mountain credits Hartman with having the resources and know-how to transform the recording into a PBS-level production.

Every year, the ballet company rotates cast members in and out of major roles over the course of the presentation. This particular show features Sarah Tryon and Francisco Estevez as Clara and the Nutcracker Prince. Chandra Kuykendall and Christophor Moulton perform as the Sugarplum Fairy and Cavalier.

The music, by Tchaikovsky of course, was performed by a live orchestra at the Ellie. The movement is based on original choreography by Martin Friedmann with additions from Sandra Brown. There’s a cast list and story synopsis online and viewers will be able to refer to it at their leisure, rather than trying to decipher it in a dark theater during a live show.

Each household that tunes into the RMPBS presentation will have the opportunity to customize its own experience in that way. Boggs said he is already hearing of people staging “Nutcracker” celebrations. Lots of young audience members come in costume for the live events and, no doubt, there will be plenty of kids in fairy dresses and mouse suits enjoying the ballet at home.

Lucky for them, “The Nutcracker” will still come to life. But with a lot less shushing to quiet them down during the show — and with all of that squirming fully permitted.