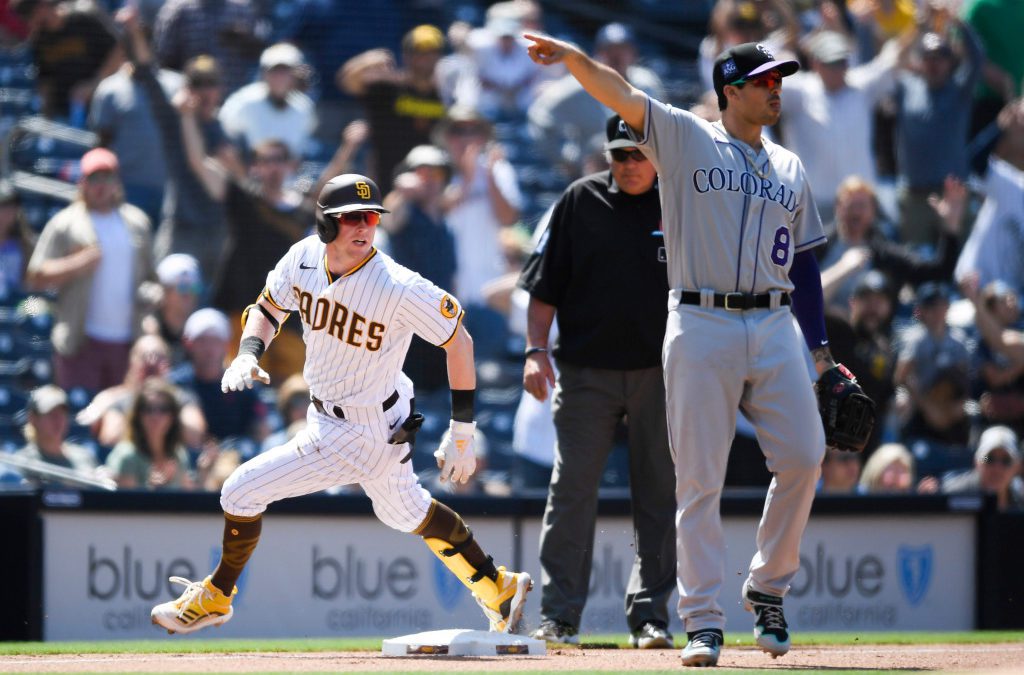 Seven weeks into the season, the Rockies aren’t who observers thought they were.

On pace for a franchise-record 107 losses, the Rockies fell deeper into despair Wednesday with a 3-0 loss to the Padres that sealed a three-game sweep at Petco Park. Colorado managed just two hits in a fifth straight loss that dropped it to 2-17 on the road.

A second straight quality start for Chi Chi Gonzalez was the lone highlight for Colorado in a defeat that — like the season to this point and the tumultuous offseason that proceeded it — featured a number of reminders of the Rockies’ vastly inferior status within the National League West.

Fernando Tatis Jr., in his return from COVID, sent a message early with a no-doubt 415-foot homer to right center to put the Padres up 1-0 in the fourth. The shortstop finished a triple short of the cycle, with four of the Padres’ six hits.

Gonzalez continued to be steady despite Tatis’ early power flex, and the righty also recorded just one of two hits off San Diego’s Joe Musgrave. But the biggest embarrassment of the day was yet to come for Colorado.

San Diego took a 2-0 lead in the sixth off an inside-the-park homer by Jake Cronenworth. The second baseman skied Gonzalez’ pitch to right, and it hit off the top of the wall and careened back toward the infield. Blackmon, who returned to the starting lineup Tuesday after recovering from a slight groin strain, was nowhere to be found as Cronenworth rounded third to score.

The Padres added further insurance with Tatis’ RBI double in the eighth off right-handed rookie Justin Lawrence to make it 3-0. Mark Melancon, who stranded the Rockies with the bases loaded in the Padres’ extra-innings win on Tuesday, closed the door with his 15th save in as many tries.

In the three-game sweep at the hands of the Padres, Colorado struck out a total of 44 times, scoring just one run on 12 hits. Any sort of moderate deficit for the Rockies on the road has felt insurmountable, especially considering the team’s lack of homers away from LoDo. The Rockies have not homered on the road since Trevor Story, who had Colorado’s other hit besides Gonzalez, did so in Arizona on May 2.