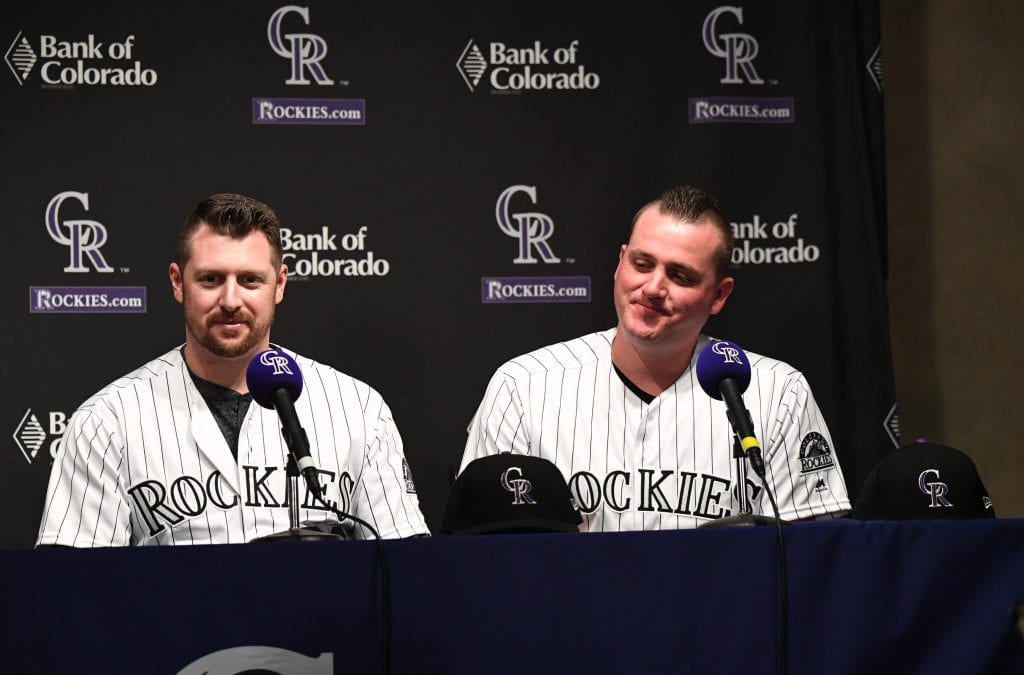 The Rockies released veteran pitchers Bryan Shaw and Jake McGee on Friday in a move aimed at reinvigorating the club’s bullpen, which posted a 5.18 ERA last year.

Colorado’s waiving of the duo brings an end to a pricey and ineffective tenure for both pitchers, who each signed three-year, $27 million deals prior to the 2018 season.

“The primary piece of the decision was past performance and expected future performance,” Rockies general manager Jeff Bridich said. “The last couple of years has been a rough go for both guys in terms of consistency of performance.”

Shaw, 32, had 5.38 ERA over 70 appearances last season. This year, he was due the prorated amount (based on the amended 60-game season) of his $9 million salary, while McGee, 33, was due to make a prorated amount of $9.5 million after posting a combined 5.42 ERA the last couple of years. The Rockies are on the hook for those prorated salaries, as well as their buyouts for next season.

The duo did little to impress manager Bud Black or the rest of the coaching staff in spring training in Arizona, or during summer camp at Coors Field this month.

Shaw originally signed with Colorado as a free agent following a successful five-year stint in Cleveland, where he never had an ERA over 3.52. McGee, who came to Colorado by trade from Tampa Bay in 2016, posted a 4.17 ERA in his first couple of seasons in Colorado, but largely unraveled after that.

“Their stuff was similar to what we’ve seen the past couple years,” Black said Friday. “The direction of our pitching staff, for this season and moving forward, (needed to be different).”

Plus, right-hander Daniel Bard and two other non-roster invitees in camp, outfielder Matt Kemp and utilityman Chris Owings, were told Friday they will be included on the team’s opening day 30-man roster. Hence, the Rockies needed to create roster space, and Shaw and McGee were blocking the way for some of those players.

“The second piece of the decision is connected to the third piece,” Bridich explained. “We have a number of players on our roster currently who are out of options (like right-hander Jeff Hoffman), and you expect them and want them to be part of this club. In addition to that, there are a number of decisions on additions to the roster that we will make or intend to make.”

The Rockies currently have 35 players on their 40-man roster, so even with the coming additions of Bard, Kemp and Owings, Bridich said the Rockies will be making more roster moves this weekend.

“We have some decisions to make still, and I think you’ll see a slew of those decisions in the next couple days here that affect our roster and some of the players already on our roster,” Bridich said.