Rockies Mailbag: Should fans be OK if Colorado gives a good effort? – The Denver Post 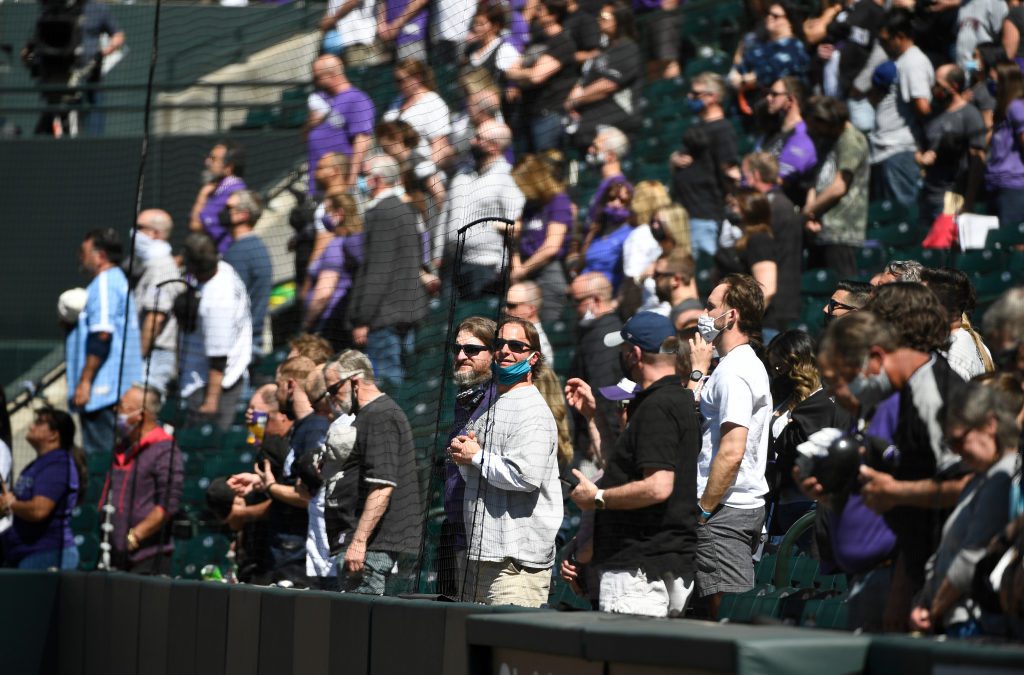 After the opening series with the Dodgers, did you get the feeling that fans will be satisfied with losses if the Rockies continue to play hard and, for the most part, games are somewhat close? And of course the sun shines bright and the beer is cold! A dream come true for Dick Monfort and Jeff Bridich, a frustration for those looking for good baseball.

Well, DenverKari, there was a lot of enthusiasm at Coors Field for the opening series, although a lot of that energy was supplied by Dodgers fans. Still, the 21,000 fans made a lot of noise and it felt like a much bigger crowd.

I think a lot of that had to do with fans missing baseball and the Coors Field experience.

However, if the Rockies continue to lose games, I think the fan base will become disgruntled in a hurry. The biggest worry for the Rockies is falling into the pit of “out of sight, out of mind.” With Nolan Arenado gone already — and if Trevor Story is traded, or when he leaves at the end of the season via free agency — the Rockies will be sorely lacking star power.

I do think attendance will suffer, even if the pandemic fades away and Coors Field is wide open again.

The Rockies have been through this cycle before. In 2003, after the “newness” of Coors Field wore off, the Rockies averaged only 23,944 fans per game, and 1,915,586 for the season, marking the only time they failed to draw 2 million fans. It took Rocktober in 2007 to get fans excited again.

Judging by the emails I receive and fans I’ve talk to, there is growing apathy about the team. And many of them are tired of hearing about “how hard the team is playing.”

If the Rockies came out and admitted that the team is in a rebuilding mode, maybe the fan would be more forgiving, but the team continues to insist it’s a contender. Therefore, it’s fair to hold them to a standard higher than “playing hard.”

Hi Patrick, thanks for all your great early-season work!
Throughout the Dodgers series, Drew Goodman and Jeff Huson repeatedly commented on the Dodgers’ team strike-zone discipline, suggesting that it was a strength throughout the lineup, not just something we saw in individual players. Do you agree with this assessment, and if so, who gets credit? Better coaching? A more impactful organizational philosophy? You know where I’m going with this. If, as they imply, it’s not just that the Dodgers have better players, then what gives? What’s in the Dodgers’ secret sauce, and what’s keeping teams like the Rockies from developing the same team discipline?
— Ron, Denver

Ron, Drew and Jeff are absolutely right. The Dodgers are formidable on offense for a number of reasons. One of them is talent; they’re just very good hitters. Second, their approach is amazing. They know when to be patient (see Austin Gomber’s seven walks in three innings on Sunday) and when to be aggressive (see their fastball hitting against Antonio Senzatela on Friday).

The Dodgers have excellent advance scouts, plus, they have one of the biggest and smartest analytic departments in the majors. It’s much bigger than the Rockies’ department.

The Rockies players have to take responsibility, too. Raimel Tapia and Sam Hilliard, for instance, have been coached not to expand the strike zone, but they still tend to do that. Colorado’s offense is a work in progress.

Good day, Patrick. With two left-handed starters, Austin Gomber and Kyle Freeland, when healthy, the Rockies start the season with only Ben Bowden as a lefty out of the ‘pen. Who are the candidates in the farm system close to prime time, and when will the minors officially start playing?
— Robert Emmerling, Parker

Greeting fellow Springsteen fanatic! The top lefties down on the farm are Ryan Rolison, who might make his debut later this season, and Helcris Olivarez, who some in the organization believe is the Rockies’ best pitching prospect since Ubaldo Jimenez.

“The velocity is there. It looks like he’s going to be able to spin the breaking ball. He’s got a good feel for a changeup. He’s physical. That’s only going to increase. He probably has the highest upside of any of our young pitchers in the minor leagues.”

As for the minor league season, it’s supposed to begin on May 4. Until then, many of the Rockies players are participating in the alternative training site at Double Angel Ballpark in Parker.

Patrick, as a baseball fan, I love that the MLB All-Star Game is coming to Denver this year. It’s been 16 years since we’ve had an all-star game of any kind (NBA) and we’re long overdue. Do you think we’ll be at full capacity at Coors Field by then or will there still be restrictions? Also, do you think Trevor Story will still be playing for us by that point? I’d love to see one of our boys in the Home Run Derby. Any idea who would be our representative in the game if he’s gone by then?
— Emil, Denver

Emil, I just got done with the press conference with Gov. Jared Polis and Denver Mayor Michael Hancock. They both said that they expect Coors Field to be filled with fans.

As for Story, I do think he will still be with the team on July 13, unless the Rockies completely implode. If that happens, he could be traded. I would think Story would want to participate in the Home Run Derby at Coors; it’s a natural fit. Charlie Blackmon has participated before and he might be up for it. Sam Hilliard has incredible power and he’d be a candidate, too. I’ve got to think that the Rockies would have a representative.

Hi Patrick. With the fans’ hatred toward Dick Monfort and Jeff Bridich, what are the chances that every home game this year will feel like a road game? I know there have been many games before when visiting team fans have outnumbered Rockies fans but this year might be far worse than before with Rockies fans not wanting to give their money to the Monfort. If I lived in Colorado, I would go to games to support players and staff.
— Victor, Alameda, Calif.

Victor, if you saw any of the Rockies vs. Dodgers games on TV at Coors Field to open the season, I’m sure you noticed the loud Dodgers contingent. I think that will continue all season, but only for certain teams: Cubs, Cardinals, Dodgers and Giants. But that’s always been the case. Colorado has a lot of transplants, plus a lot of people vacation here and plan their trip around when their hometown team is at Coors.

I do think there is a contingent of fans who are boycotting the Rockies, but I think the number is overblown.

Patrick, what do you think would happen if the Rockies exceed expectations in the first half of the season and are within striking distance of a wild-card spot at the trade deadline? Do they hold on to Trevor Story and risk getting almost nothing in return when he leaves for free agency after this season? Or do they go ahead and trade him anyway and risk further alienating fans? It feels like a lose-lose situation and they’d be better off trading him sooner rather than later.
— Eric, Sioux Falls, S.D.

Eric, I believe that if the Rockies are competitive, Story will stay until the end of the season. If they bomb in the first half, they have to take a hard look at trading Story, because I don’t think there’s any way he stays in Colorado after 2021. The problem is, a lot of the contenders don’t need shortstop, unless there is any injury. So the Rockies will have to evaluate the value of a trade, plus deal with the fans’ wrath if they traded their (current) best player.

No question about it, the Rox are stuck in a hard place right now.

I have been confused for some years by all of these new metrics that are being used. Can you enlighten us on what they mean? And please tell me why exit speed is of any use at all.
— Phil Donahue, Cool, Calif.

Phil, there are so many new metrics that are used now, by the front office, manager, coaches and players. Plus, now the media and fans use them. I don’t have the time and spaced to go into all of them, but here is what exit velocity tells you, according to MLB.com:

“Exit Velocity measures the speed of the baseball as it comes off the bat, immediately after a batter makes contact. This is tracked for all Batted Ball Events — outs, hits and errors.

Attaining a high Exit Velocity is one of a hitter’s primary goals. A hard-hit ball won’t always have a positive result, but the defense has less time to react, so the batter’s chances of reaching base are higher.

For this very reason, Exit Velocity can also be used to evaluate pitchers (known as “Exit Velocity Against”). The game’s best pitchers — who naturally throw the highest quality pitches — generally rank among the league leaders at limiting hard contact.”