Robin Fraser: Confidence will guide the Colorado Rapids back to winning ways 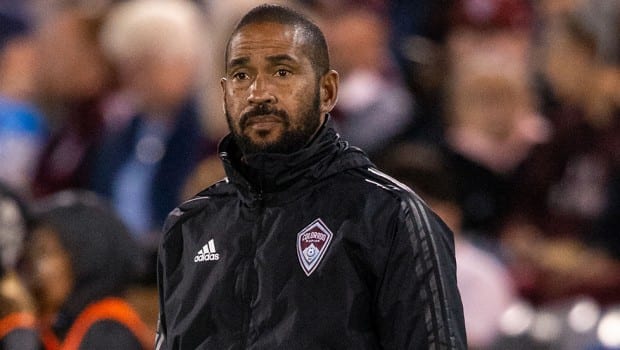 Back in March, the Colorado Rapids looked set to take a big leap forward in 2020.

They opened the season with a 2-1 victory over D.C. United on the road, and followed that up with another 2-1 result over Orlando City SC at Dick’s Sporting Goods Park. The signs were there for an improved campaign under head coach Robin Fraser during his first full season on the sidelines.

But it’s been tougher sledding ever since. The Rapids were eliminated from the MLS is Back Tournament in the group stage, and have labored during the restart, taking a 4-1 defeat to Real Salt Lake in their first game back and drawing 1-1 against Sporting Kansas City. Speaking on a Thursday video call with reporters, Fraser said they’re getting closer to regaining their early-season confidence.

“There are a lot of things to deal with, stops and starts, different levels of ability to train – we know all the teams have gone through this and some teams have handled it perhaps better than others,” Fraser said. “But we’re still the same group. For us, it’s just about getting back to the level of confidence we were playing with before. I thought our game this weekend was a well-controlled game that in the end we were ultimately disappointed we didn’t win. It certainly felt like as we continue on that we are getting more and more confident, and as we do that hopefully then we see the results go the way we want.”

For the Rapids to reach another gear, DP midfielder Younes Namli will need to play a significant role.

The Dane was brought in on a two-year loan from Russian side FC Krasnodar as a difference-maker, though only has one goal and one assist in seven matches. Fraser feels that Namli is getting increasingly comfortable with the league and his new surroundings.

“Younes is clearly showing that he’s an extremely talented player, is able to produce chances, not just for himself but for his teammates,” Fraser said. “There’s an assimilation period for every player that comes into this league, or there certainly appears to be. And he just seems to be getting better week after week. So we feel like he certainly has the ability to be one of the top playmakers in this league and with his unique ability to be able to eliminate the first defender, it opens up a lot of things for him and for us.”

Fraser also discussed the development of Homegrown midfielder Cole Bassett, who made some waves with a well-taken goal against Sporting KC last weekend. The 19-year-old is starting to show the type of consistency in training that his head coach expects.

“Cole is progressing, I think, really well,” Fraser said. “Obviously he’s been with the team for a while and he’s had different stints where he’s played more than others. But I feel like he is really becoming a more efficient player. As young players start to develop into professionals, one of the most important things they have to understand is the value of consistency. And I think with Cole, you see him progressing and his consistency is improving. We have an idea of what we’re going to get out of him day in and day out, and I think that’s a big hurdle for a young player.”