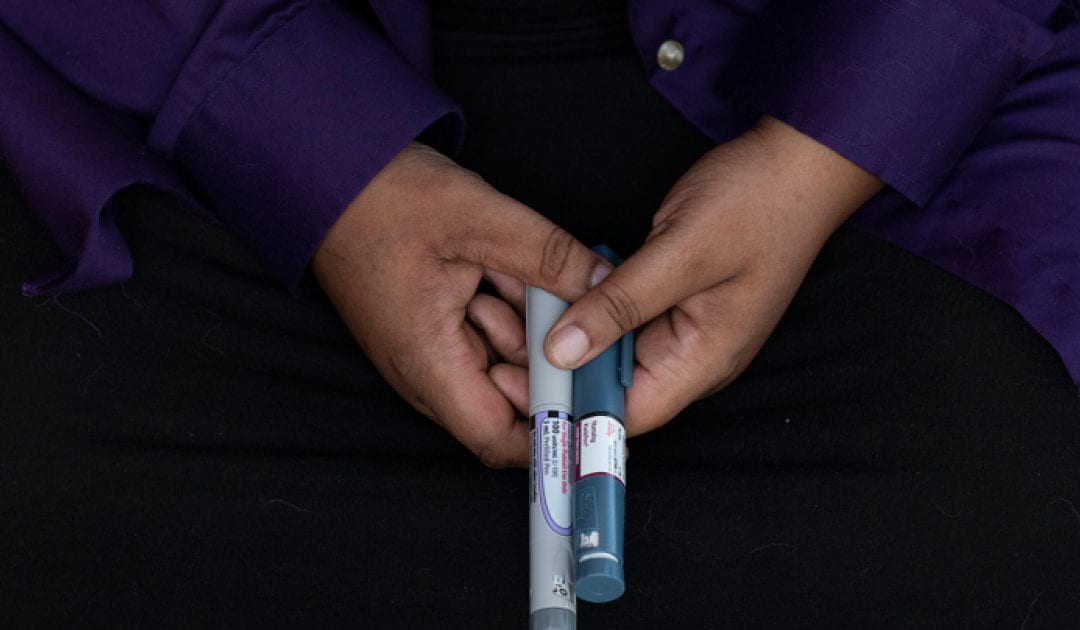 More than 40% of Coloradans with diabetes responding to a survey said their insulin costs are so high that they dangerously ration their own use of the lifesaving drug at least once a year, according to a state attorney general’s report.

Insulin costs for Colorado patients rose 262% in the past 10 years, a massive increase that the new report from Attorney General Phil Weiser’s office attributes to lack of competition among drugmakers and distributors, and their “lockstep” price increases that have drawn lawsuits over alleged collusion.

Results of the insulin inflation have real and severe consequences for Coloradans’ health, Weiser said, expanding on a report required by the Colorado legislature. Rationing insulin or fasting to control blood sugar levels are medically hazardous and an awful consequence for nearly 74,000 state residents who rely on the drug for diabetes control.

The high level of rationing among the nearly 400 residents who gave information for the report “is a painful, jaw-dropping statistic that underscores what the problem is,” Weiser said.

The state AG investigation, ordered as part of a groundbreaking 2019 bill capping copayments for insulin at $100 a month, zeroes in on the lack of real price competition in an insulin market dominated by just three manufacturers and three pharmacy benefit managers who buy and distribute the drug. The benefit managers negotiate price discounts in the form of “rebates” from the manufacturers, but there’s little way of knowing whether those savings are ever passed on to the consumer, Weiser said.

The bill commissioning the study gave manufacturers exemptions from disclosing information if they could claim a trade secret, Weiser said. “It’s not easy to get our arms around what is happening there,” he added.

Pandemic job losses and wage cuts pushed even more patients over the edge who were already in hardship from ongoing Type 1 or Type 2 diabetes costs.

Patient advocates called the report an important step that validates the real crisis among diabetics who struggle to manage their disease every day.

“Hell yeah, that rings true,” said Gail deVore, a patient advocate who has worked with legislators and the AG’s office to highlight insulin costs and seek solutions. “Even somebody like me who knows how to get certain insurance coverage, I haven’t always been successful. It’s a rare day when my insurance company turns me down, but they have. When you fork out $350 for a bottle of insulin, you figure out how to ration it so you can make it to the next one.”

MORE: Racial and income gaps in diabetes management and access to care are worse than ever in the context of the COVID-19 pandemic

State Rep. Dylan Roberts, D-Eagle County, who cosponsored the 2019 bill placing copay caps and ordering the study, said the report shows what the legislature can do to further protect patients and he will bring bills to do that.

For diabetic patients, Roberts said, “Insulin is like oxygen, without it you cannot survive. It’s a public health crisis that people can’t afford such a basic necessity of life.

“We were the first state in the country to cap insulin copays — we know that was just a start,” he added.

The AG’s report to the legislature recommends a number of steps that state or federal government can make quickly to ease insulin costs for patients:

“The recommendations are wonderful,” deVore said. Patient advocates would back any of the “creative ways we can make sure (insulin is) available to our residents, to make sure we are a healthier state.”

A spokesperson for PhRMA, the trade association, said the report accurately pointed out that cost layers from distributors and insurance companies nearly double the manufacturer’s cost of producing insulin.

“No one living with diabetes should be forced to ration or go without their life-saving insulin because they can’t afford it,” PhRMA director of public affairs Nick McGee said. “That’s why we’ve advocated for real policy reforms that states like Colorado can pursue to make the system work better for patients and why manufacturers have long offered robust patient assistance programs that offer insulin for free or at reduced cost for those who need help.”

Drug manufacturers, however, have lobbied in many states against extending price caps to the uninsured or underinsured.

The patient response portion of the study was not a scientific, demographically calibrated sample of the entire state, Weiser said. It took responses from 391 residents of 44 of the state’s 64 counties. He is confident, though, that all the concerns and potential solutions reflect the insulin debate of recent years.

The first half of the 2019 legislation was considered a pioneering bill nationwide, limiting the out-of-pocket costs of insulin to $100 for patients covered by state-regulated health insurance plans. DeVore said she knows many patients who have already realized significant savings from that bill.

Advocates and the AG report, however, note that the legislation leaves out many people covered by other types of plans, including plans created by large, self-insured employers throughout the state.

National representatives for the pharmaceutical trade did not respond to requests for a reaction to the AG report.

Drug manufacturers have pushed back hard against consumer price caps in many states. The Pharmaceutical Research and Manufacturers of America is challenging in court a Minnesota law from earlier this year allowing patients with “an urgent need” to get a 30-day supply of insulin for no more than $35.

Roberts said he hopes the report’s extensive look at industry pricing practices will help lure even more co-sponsors for 2021 legislation.

“I don’t think the free market is working. I wish it would. A free market would bring pricing down,” he said. “Insulin’s been around 100 years, and the fact just three companies still hold patents is not the way the free market should be working.”

Roberts’ brother, Murphy, was a Type 1 diabetes patient who died after a diabetic seizure on a hike caused a fall and a head injury. Roberts has said that while his brother had adequate health care, he would have wanted others to advocate for less fortunate patients.

“People are rationing their insulin and dying,” he said. “I can’t think of a reason not to do something.”