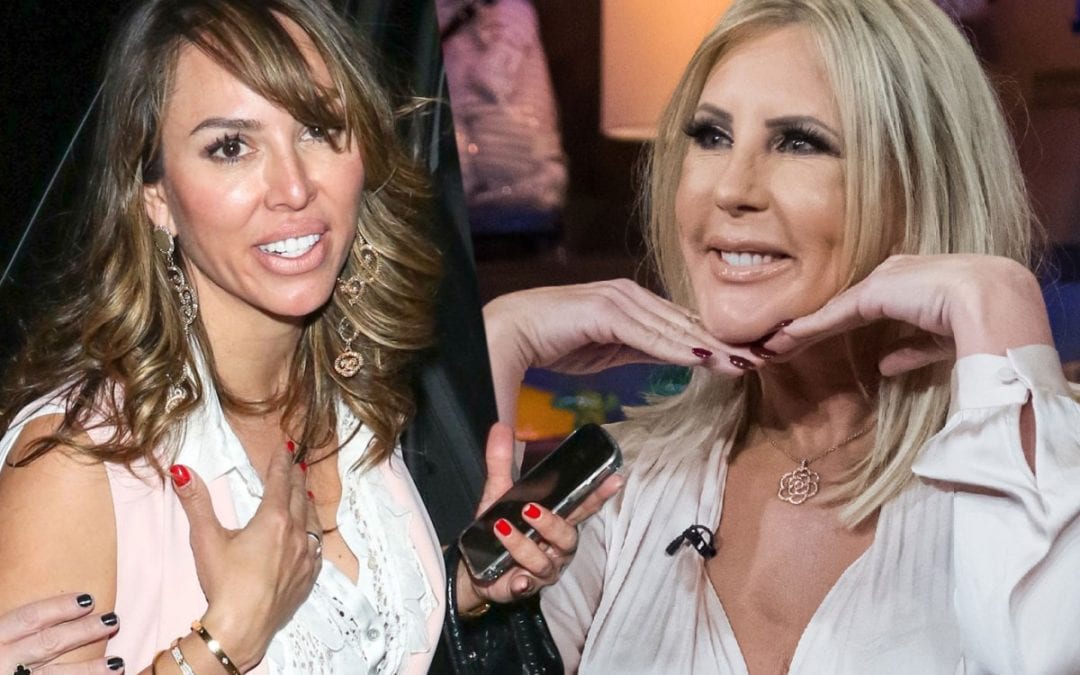 Kelly Dodd fired another salvo in her co-star Vicki Gunvalson.

Another co-star, Tamra Judge, had posted an Instagram photo of herself, Gunvalson, and Shannon Beador from Cohen’s big day, captioning it as “Three.”

Dodd wrote in response to Judge’s post, “That facelift Vicki got really did malfunction!”

Although the housewives were out in full force on Saturday, January 26, 2019 for Cohen’s shower, as he expects a baby boy via surrogate mother, Dodd was one who didn’t attend.

She was on a trip to Aspen, Colorado that she’d planned before receiving the invite.

Dodd got bashed on social media for dissing Gunvalson, 56.

“Kelly Dodd – not nice – you’re better than that,” one person wrote.

Gunvalson has been open about her plastic surgery for years, shrugging, “I’ll do whatever I have to do to keep looking my best.”But in summer 2018, she shocked fans with her freaky-looking face!

As RadarOnline.com readers know, Gunvalson accused Dodd of using cocaine during the show’s most recent reunion.

In addition to accusing her former friend of doing drugs, Gunvalson also said she never spends time with Jolie, which Dodd has vehemently denied.

Dodd has insulted Gunvalson for her education and parenting skills.