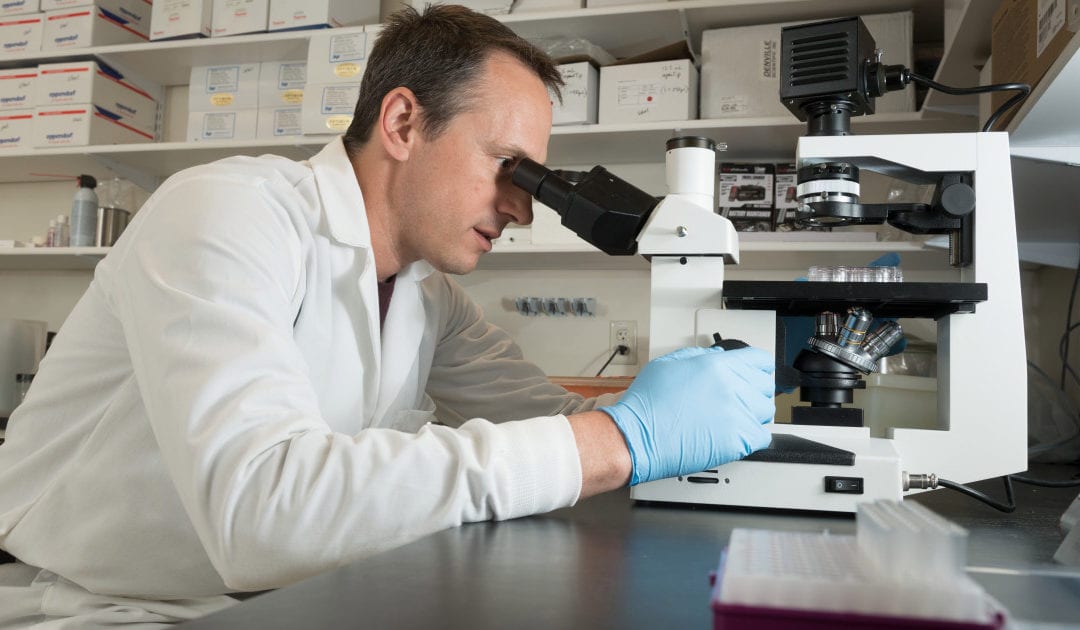 In the last couple of months, researchers at Colorado State University conducting coronavirus testing for workers at nursing homes and other skilled nursing facilities made a series of startling discoveries.

Not only were there a large number of positive results in their test samples, and not only were many of those positives from people who showed no symptoms at all, but the asymptomatic workers were still producing and shedding significant amounts of virus that could go on to infect someone else.

The state’s nursing homes have enacted unprecedented precautions to keep the virus out. They banned visitors and check workers’ temperatures every day. But these unwitting carriers meant the virus still had an easy route into the state’s most vulnerable facilities.

“I think the very clear message — and this isn’t specific to nursing homes — there are a lot of people out there who are infected or infectious and don’t know it,” said Greg Ebel, the CSU professor whose lab ran the tests.

The research, which is ongoing and has yet to be published, sheds light on how nursing homes became some of the worst-hit hotspots in Colorado’s coronavirus epidemic, despite the precautions put into place. And it also helps explain why Gov. Jared Polis has made testing for nursing home workers such a priority in the new safer-at-home phase of the state’s response.

Polis last week announced that Colorado — working with the CSU research team — will run 45,000 tests on nursing home workers in the coming weeks.

“That’s going to be rapidly accelerating through the month of May to prevent further outbreaks at those facilities,” Polis said.

But screening and testing in other parts of the workforce will still largely remain focused on people who are showing symptoms — meaning it could miss a significant number of infections.

“There’s millions and millions of Coloradans; Not everybody who doesn’t have symptoms is going to be tested,” Polis said.

How the study came together

Ebel, who is a professor in the Department of Microbiology, Immunology and Pathology, normally spends his days studying West Nile virus. He doesn’t have a lot of experience with coronaviruses. But when the new coronavirus swept across the globe, he said he marveled at how difficult it was for people to get tested, especially when labs such as his could be put to use running the samples.

Across town, Dr. Nicole Ehrhart, the director of CSU’s Columbine Health Systems Center for Healthy Aging, was grappling with a different problem: How to keep the state’s most vulnerable residents safe during the epidemic.

A brainstorming call sparked the connection. Soon, Ehrhart and Ebel had a plan in place with Lakewood-based Vivage Senior Living to test workers at five Vivage facilities in Colorado. And, most importantly, they were going to test the workers over and over again.

“What is unique about this testing versus pretty much anything we’ve seen so far is we are testing people weekly,” Ehrhart said.

That would give the researchers insight into the virus’s spread and how long workers remain infected. It would give the facilities an early warning that a worker was sick and a precise idea when the worker could come back to work. Most importantly, it would help keep the facilities’ residents safe — and their staff.

“Health care workers are this really critical, finite resource that needs to be protected,” Ebel said.

Ehrhart, Ebel and the rest of the team conducted what is called “surveillance testing” — basically, they were testing everybody, whether they showed symptoms or not. It means casting a big net and expecting to catch just a handful of fish.

But the researchers’ results came back loaded with positive cases. Out of the nearly 1,600 samples tested from nearly 450 workers, more than 100 came back positive  — although, because workers were tested and retested every week, multiple positive results may be from a single individual, Ebel said.

More alarming, Ebel said, there was “a surprisingly large number of individuals who were infected but had no idea they were infected.” And that led to the team’s most surprising finding.

“At first we thought, when we tested these asymptomatic people, we would have to squint to see the virus,” Ehrhart said. “That’s not what we found.”

Instead, the asymptomatic workers still carried and shed large amounts of virus that was able to infect others.

“The workers had pretty high viral loads, but didn’t know they were sick,” Ehrhart said. “So screening by fever and symptoms was not enough to pick up on the people who were asymptomatic.”

That revelation has now been reported in so many other studies around the world that it’s almost common knowledge. But, in the early days of the study, Ehrhart said it was truly eye-opening, and the researchers worked diligently to make sure they were actually seeing what they thought they were. Samples were sent out to other labs for confirmation.

“The initial positives we got, we verified them every way we could,” she said.

Ebel said he hopes to launch soon into a new phase of the research project — sequencing the viral genome of the positive samples to start creating something of a coronavirus family tree in the state.

As the virus replicates and spreads, it picks up slight mutations in its genetic sequence — usually inconsequential changes. But those variations allow sharp-eyed scientists to map the virus’ spread from community to community. For example, a strain with one specific mutation can be linked back to a previous case in a different location involving a strain with the same mutation.

Ebel said the sequencing research could provide insight into whether the infections in nursing homes originated from a common source or if they have many different origins. He said he hopes to start the work soon, though navigating social-distancing imperatives has slowed it down some.

“Whereas normally we might have an army of people working on this, now it’s just one post-doc who is working weird hours to try to avoid other people in the lab,” Ebel said.

After the team began identifying positive cases in nursing homes, the facilities were able to send the infected workers home. The number of new positive results began to decline. There’s more research to be done to really understand what happened, but Ehrhart said, “at least it appears that we’re making a difference.”

And she said it’s a template that could be applied to other industries and types of facilities if the testing supplies are available — child care centers, meatpacking facilities, universities.

“We need to keep thinking about this kind of dynamic testing,” she said.