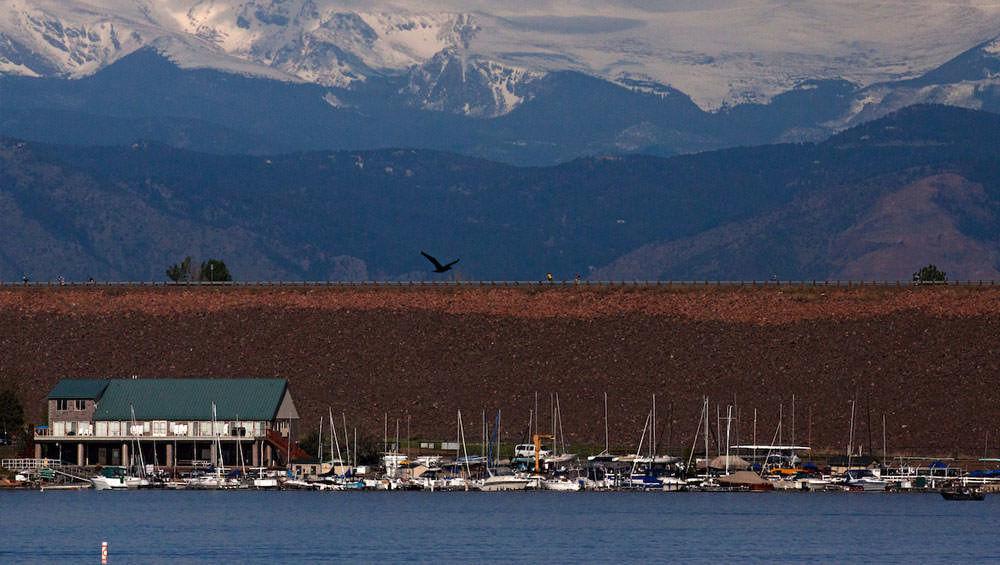 Officials say the search and rescue efforts have turned into a recovery mission as crews were unable to locate the reported missing person and dog at Cherry Creek Reservoir Sunday in Aurora. South Metro Fire Rescue has turned the operations over to Colorado Parks and Wildlife for the recovery mission.

Crews have been unable to locate the party. The operation mode has changed over from rescue to recovery. The scene has been turned over to @CPWCCSP and they will updates. Special thanks to @ArapahoeSO for the assistance. pic.twitter.com/J2qerH7N8x

The parks and wildlife department will employ its Marine Evidence Recovery Team to continue the search using an underwater drone, equipped with sonar, lights, and a video camera.

Rescue divers are searching for a missing person and a dog at a Colorado reservoir as severe thunderstorms are moving into the area Sunday, according to several agencies.

Crews are searching for one party and their dog. SMFR’s drone is about to launch for an overhead perspective. pic.twitter.com/EYAwtJUv2d

A person was reported in the water at Cherry Creek Reservoir about 12:20 PM. South Metro Fire Rescue crews are actively searching for the person in the water.

On scene at CCSP for a reported party in the water. Dive teams working on search. Storm moving in. Updates to follow. pic.twitter.com/4bpzzt4JfL

Park rangers with Colorado Parks and Wildlife are assisting the rescue group searching the water at Cherry Creek State Park in Aurora.

Park rangers and @SouthMetroPIO are conducting a search for a person missing in the water at Cherry Creek State Park. https://t.co/3iSdU9bCbv

Our Marine Evidence Recovery Team has also been activated to join in the coordinated effort with @SouthMetroPIO and Park Rangers. https://t.co/y7nMLayjR7

The National Weather Service in Denver issued a severe thunderstorm warning for counties in the Denver metro area, including where Aurora is located.

Western Arapahoe County, northeaster Denver County, and western Adams County are issued the storm warning from 11:40 AM to 12:30 PM.

Hazards from the storm include 60 mph wind gusts and nickel-sized hail. Meteorologists warn structural damages include to roofs, siding, and trees are possible.

For more details on the widespread storms moving into Colorado Sunday, click here. Always check the weather forecast before embarking on adventures outdoors to avoid getting caught in thunderstorms, hail, snow, and other extreme conditions.