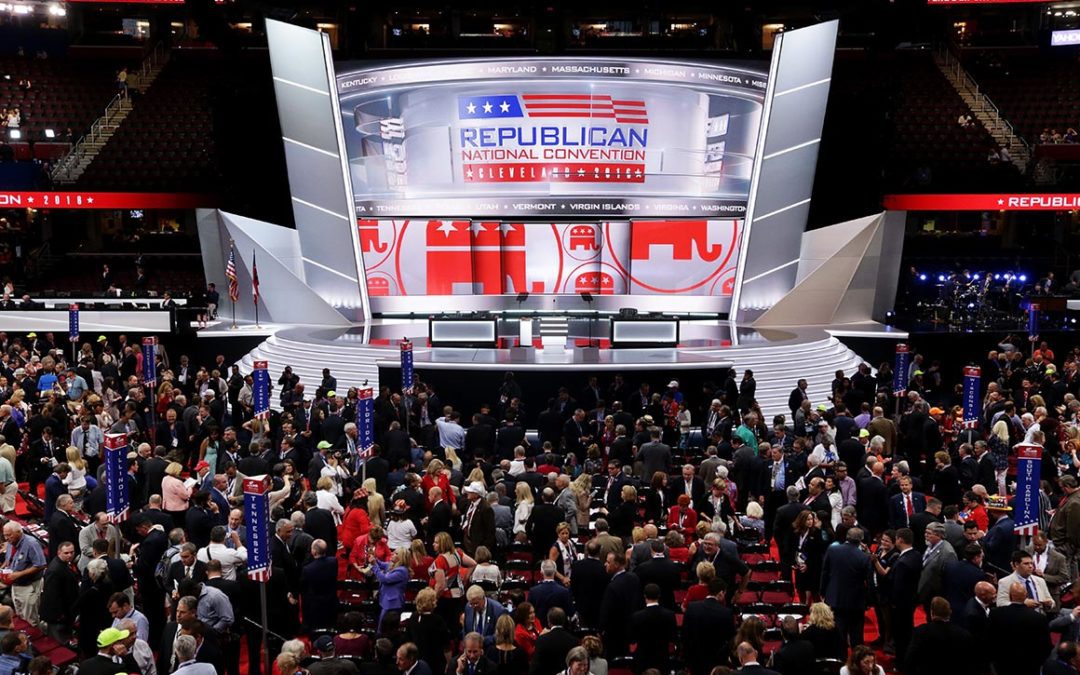 Democrats have comparably less time to decide how to proceed. The convention is scheduled for July 13-16, more than a month before the Republican event. The site build-out for the Republican convention, which will be held Aug. 24-Aug. 27 at the Spectrum Center, isn’t slated to begin until mid-July.

Republicans said they were factoring the coronavirus into their planning. Marcia Lee Kelly, the convention’s president and CEO, said party officials were taking “additional steps to ensure the safety and health of all attendees.”

The party’s statement came the same day that President Donald Trump declared that he wants the U.S. economy “opened up and just raring to go by Easter,” which is on April 12, despite warnings from the medical and public health communities.

While both parties say they are moving forward, other major summer events are being canceled or delayed. The summer Olympics in Tokyo was just postponed until next year.

Republican officials have been working behind the scenes to prepare for the convention, raising money and building a rapport with Charlotte’s Democratic mayor.

Republicans have so far received $51 million in commitments for the convention. The party has set a goal of $65 million by the end of June, though it’s unclear how the public health crisis will affect fundraising.

Louis DeJoy, a North Carolina businessman who serves as finance chairman for the Charlotte host committee, has emerged as a substantial donor to the convention, according to people familiar with the fundraising efforts. DeJoy, a longtime Republican giver, has been a top financier of the president’s political operation.

While past conventions have relied on grants from local governments, Republicans this year have been focusing their outreach on major donors and large corporations. Party officials say they are in far better financial shape than they were in 2016. Just before that year’s confab, organizers pleaded with Republican mega-donor Sheldon Adelson and his wife, Miriam, for a $6 million cash infusion.

Your guide to the permanent campaign — weekday mornings, in your inbox.

By signing up you agree to receive email newsletters or alerts from POLITICO. You can unsubscribe at any time. This site is protected by reCAPTCHA and the Google Privacy Policy and Terms of Service apply.

Organizers have been plotting out themes they want to emphasize during the multi-day event. They’re planning a “Made in America” marketplace at the contention, with booths for American-based companies that have benefited financially from Trump’s economic policies.

Trump, a former reality TV star who is keenly focused on production of his rallies and events, has been kept up to date on planning for the event. He has held several conversations with RNC Chairwoman Ronna McDaniel and other senior Republicans about the convention.

The event has been a source of controversy. Some officeholders in the liberal-tilting city initially voiced concern about hosting the convention, and last year the Charlotte city council passed a resolution condemning the president. But people familiar with convention planning say Charlotte Mayor Vi Lyles has been cooperative.

National party conventions typically turn out to be a windfall for host cities and the confab is expected to benefit Charlotte financially.

Earlier this month, the RNC legal counsel distributed a memo noting that party rules “allow for some flexibility as it relates to a state party administering its delegate and presidential nomination processes during an emergency.”