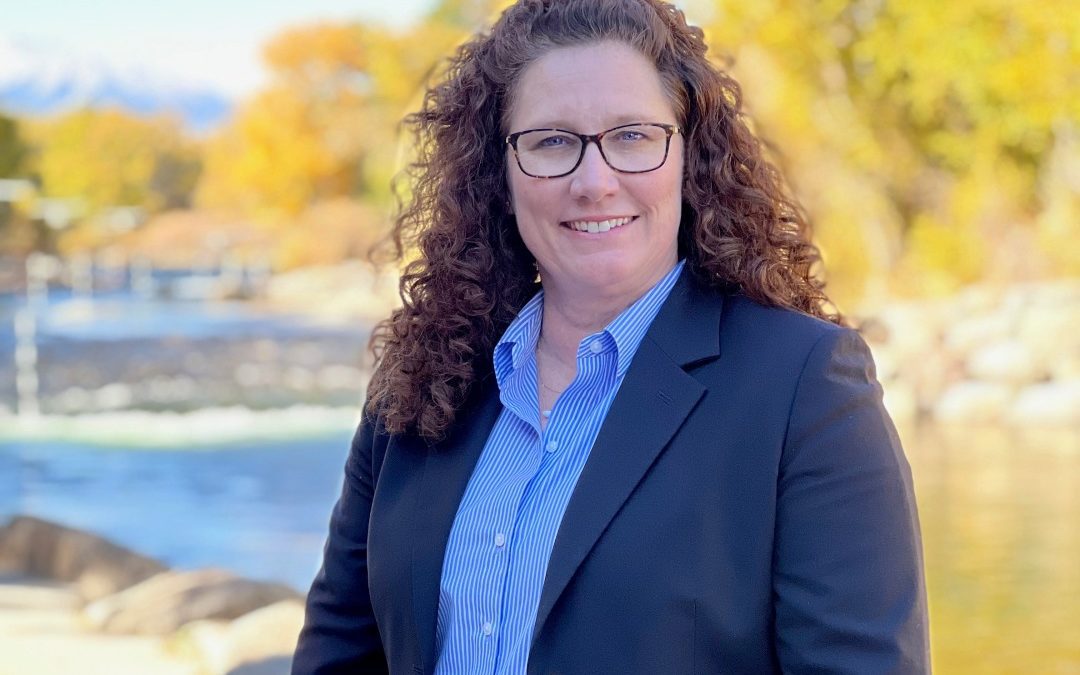 Republican Pam Anderson, who served two terms as the top elections official in Jefferson County and led an organization representing county clerks across the state, is running to unseat Colorado Secretary of State Jena Griswold, a Democrat.

Anderson, who announced her candidacy Saturday morning during an appearance on a conservative talk radio show, said she was motivated to jump into the 2022 race because of what she sees as hyperpartisanship by Griswold.

“I think people need a trusted voice,” Anderson said in an interview with The Colorado Sun. “I think Coloradans can expect more from the secretary of state in how they engage with politics. … This office needs to be fair.”

Anderson believes that Colorado’s voting systems are safe and secure and that there wasn’t any fraud or wrongdoing that would have overturned the results of the 2020 presidential election.

She is so far the only Republican with a background in politics to have announced a bid to unseat Griswold. Anderson unveiled her candidacy on George Brauchler’s conservative talk radio show on KNUS.

Griswold, who beat Republican incumbent Wayne Williams in 2018, is the first Democratic woman to be elected Colorado’s secretary of state. She has been a fierce defender of the state’s mail ballot process and its election security procedures.

“As secretary of state, I am proud of the work we have done to protect the right to vote and ensure that every eligible Coloradan can participate in our democracy,” Griswold said in a written statement Saturday reacting to Anderson’s candidacy. “Under my leadership, we expanded access to voting, increased election security, and oversaw record-breaking elections even during the pandemic. And when anti-democratic forces have tried to suppress the vote, I have stopped them. No matter who enters this race, I will always be laser focused on delivering results for Colorado voters.”

Griswold leads the Democratic Association of Secretaries of State. She has been a frequent critic of former President Donald Trump, appearing on national television news shows to discuss her views. Recently, Griswold has been in a successful battle to prevent Mesa County Clerk Tina Peters, a Republican, from having a role in administering the November election after Peters allowed an unauthorized person to attend an election system software update.

Griswold briefly entertained a 2020 run for U.S. Senate, but after raising hundreds of thousands of dollars through an exploratory committee decided against a bid. She had more than $1.1 million in her campaign bank account heading into October.

Anderson criticized Griswold for trying to use her position as secretary of state for a jumping off point to higher office.

“I’m not the kind of candidate who is running for office to seek another office,” she said. “I want to be secretary of state.”

From 2015 to 2020, Anderson served as the head of the Colorado County Clerks Association, a nonprofit representing Democratic and Republican county elections officials across the state.

While other Colorado Republicans may be questioning the outcome of the 2020 presidential election, Anderson said she sees no evidence to suggest the race was stolen or rife with fraud. She said Colorado’s election processes are safe and secure and that people should have trust in them.

“I believe that this was the safest and most secure election we’ve ever had in our country,” she said, though she thinks there can be an expansion of quality assurance checks in some areas of Colorado’s election system.

Anderson said she was “extremely disappointed” in Peters, the Mesa County clerk, who has spread baseless claims about the 2020 presidential election being stolen.

“It was one of the reasons why I’m getting in,” Anderson said, explaining that she wants to be a secretary of state that both Democrats and Republicans can have faith in.

Anderson also said she rejects any efforts to roll back voting access in Colorado. She opposed legislation at the Colorado Capitol this year that would have required voters to request a mail ballot (they are currently sent to every active registered voter) and that would have limited in-person voting.

“I think going backwards is not in the best interest of Coloradans,” she said. “I think citizen access to their constitutional right to vote is fundamental. We have to protect that access, as well as the security and accuracy of the vote.”

Colorado Republicans will pick their party’s nominee for secretary of state on June 28.