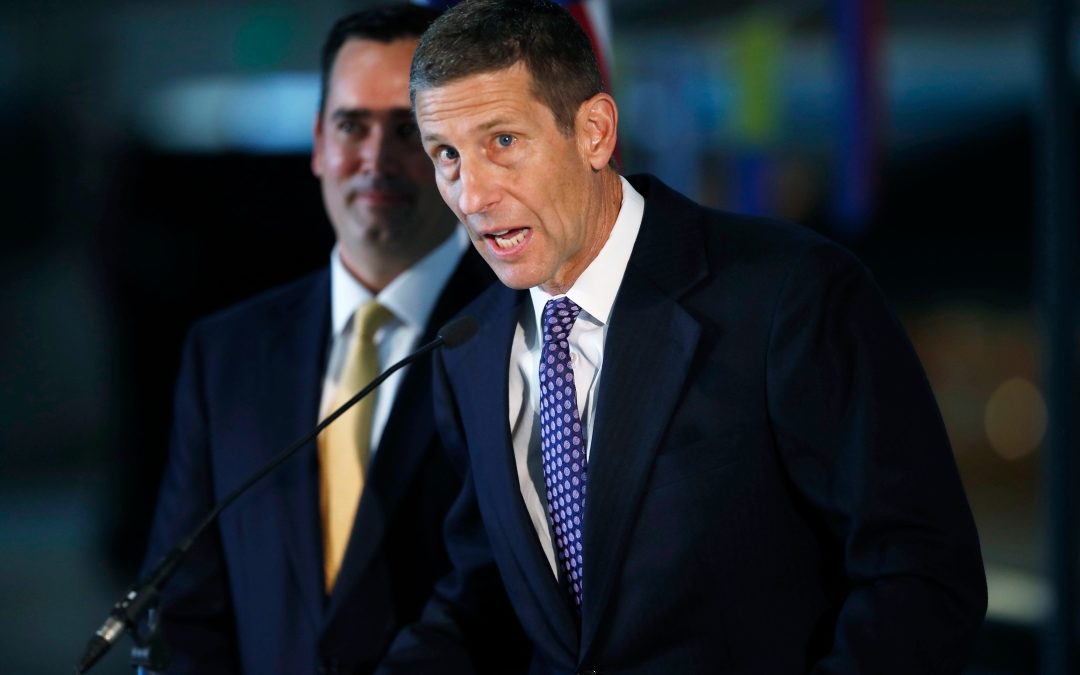 Former state Rep. Lang Sias, a Republican, is reentering politics with a bid to unseat Colorado Treasurer Dave Young, a Democrat, next year.

“I’m going to provide some common-sense balance on economic and fiscal issues,” Sias told The Colorado Sun on Tuesday as he launched his campaign.

Sias has been out of politics since he was the running mate for 2018 Colorado Republican gubernatorial candidate Walker Stapleton. Stapleton lost to Democratic Gov. Jared Polis by 11 percentage points.

The Navy and Air National Guard combat veteran had for months been rumored to be considering a campaign. He lives with his family in Arvada and works as a pilot flying cargo jets for FedEx.

“I think that what I bring is some balance to a state, and frankly of late a federal government, that has been run by one party,” he said. “I think Dave Young, who I like personally, is going to be and has been, essentially, a rubber stamp for the views of a single-party majority.”

Each edition if filled with exclusive news, analysis and other behind-the-scenes information you won’t find anywhere else.

Sias, who served as a state representative from 2015 to 2019, thinks his work in the legislature on Senate Bill 200 in 2018, a bipartisan measure that provided hundreds of millions of dollars in funding to the ailing Public Employees Retirement Association, positions him well to be treasurer. The treasurer gets a seat on the PERA board.

“I tended to focus on areas where I could get things done in a bipartisan way,” Sias said of his time in the legislature.

Sias has run for a number of public offices over the past 15 years. He made an unsuccessful bid for Congress in 2010 and ran unsuccessfully for state Senate in 2012 and 2014.

Young, who is also a former state lawmaker, secured his first term as treasurer in 2018, beating Republican businessman Brian Watson by 7 percentage points.

“As state treasurer, I’ve kept Coloradans’ tax dollars safe and increased our assets while our state has recovered from the economic downturn,” Young said in a written statement Tuesday. “We have provided millions of dollars in small business loans, increased PERA’s value and are saving Colorado taxpayers billions of dollars in retirement savings while helping to provide a dignified retirement for over 1 million Coloradans. Lang Sias would undo our progress. Sias has a partisan track record of putting his party above what’s best for the people of Colorado.”

No Republican running statewide has secured more than 45% of the vote in the past two election cycles, but Sias believes the political climate is favorable for the GOP in 2022.

Recent polling has showed President Joe Biden’s job approval slipping among Colorado voters in what Democrats see as a warning sign heading into the midterms.

“I think the climate has changed significantly, particularly on economic issues,” Sias said. “And those just happen to be the issues that are in my wheelhouse. I’m just going to ask voters: ‘How are you liking the economy?’”