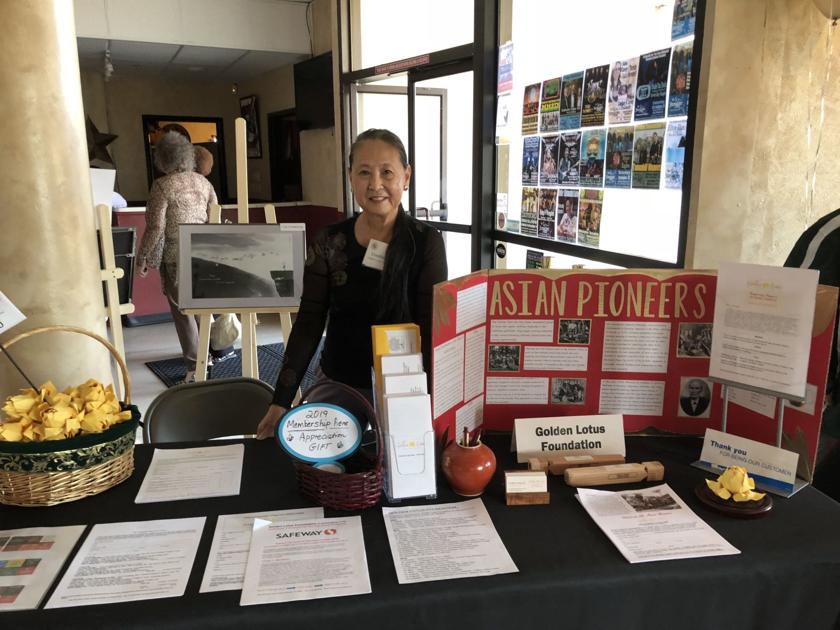 Maria, who emigrated from the Philippines to the Pikes Peak region a few years ago and now is a naturalized citizen, hadn’t encountered any discrimination in the United States.

Until last month, when the coronavirus pandemic hit.

While shopping in stores, she’s heard comments like, “I’ll buy this even though it’s made in China,” accompanied by a sideways glance her way.

Dirty looks have now become the norm for Maria, a health care worker.

“I feel upset and bad when it happens,” she said, declining to give her last name. “It makes me sad and disappointed.”

In the wake of the coronavirus being detected in Wuhan, China, in December and since spreading worldwide, racial profiling of Asian nationals and Asian-Americans has been reported nationwide. Incidents of Asians being spit on, harassed, yelled at and physically attacked have been documented. Earlier this month, an Asian-American woman taking her trash out in Brooklyn had acid thrown on her, leaving chemical burns.

Since launching on March 19, the Stop Asian-Americans and Pacific Islanders Hate reporting center has received more than 1,100 firsthand accounts of coronavirus discrimination, including verbal harassment, shunning and physical assault.

Many of the targets, like Maria, aren’t Chinese but of another descent, such as Japanese, Vietnamese, Korean, Thai or Cambodian.

Some of the 65 families who are members of the Golden Lotus Foundation, a Colorado Springs nonprofit that promotes Asian heritage and advocates for rights, have been subjected in recent weeks to obscene gestures and racial slurs such as “Go back home!” and “You brought the virus over,” said founder Cynthia Chung Aki.

“Yes, it originated in China, but it is not an Asian issue — it’s everybody’s issue,” she said. “I think we need to settle down and not target minorities, punish anyone or blame anybody for economic, political or geopolitical crises.”

Some point to President Donald Trump referring to COVID-19 as the “Chinese virus,” as fomenting racial discord.

Trump did not address the criticism but tweeted on March 23, “It is very important that we totally protect our Asian-American community in the United States, and all around the world.

“They are amazing people, and the spreading of the Virus is not their fault in any way, shape or form. They are working closely with us to get rid of it. We will prevail together!”

Despite that, the president continues to refer to the outbreak as the “Chinese virus,” which Jennifer Ho, professor of ethnic studies at the University of Colorado Boulder and incoming president of the Association for Asian American Studies, said violates an international policy.

“Four years ago, the World Health Organization said we are no longer going to be naming diseases by location or ethnicity because historically we’ve seen the way it marginalizes groups,” Ho said. “There have historically been many traditions we no longer adhere to.”

Anti-Asian sentiment is nothing new, Aki said, pointing to the internment of about 120,000 Japanese-Americans in the U.S. during World War II and the 1982 murder of Chinese-American Vincent Chin, whom autoworkers beat to death in Detroit after mistakenly thinking Chin was Japanese and, therefore, in their minds, responsible for the loss of American auto industry jobs.

“There is a tendency for minorities to be punished,” she said. “It behooves us to be able to tackle this; people are hurting.”

Aki hopes generations will come together and work to stop history from repeating itself.

Ho fears incidents of violence will escalate to the point of deaths.

“What would prompt that level of hatred of throwing acid in someone’s face and yell ‘Chinese virus?’ My guess is fear of the unknown and fear turned into anger,” she said. “People want to find an outlet and a scapegoat.”

Hostility toward Asian-Americans had been reported at the University of Colorado at Boulder in early March, said Ho, who also directs the campus’ Center for Humanities & the Arts.

In one case, a white man left a theater performance shortly after the play started, loudly saying he would not return until the Chinese people left and that they had better put on masks.

“The presumption was they were Chinese, not Asian-Americans, and they were diseased,” Ho said.

Over concerns about unwanted bias, graduate students on the Boulder campus, who were Chinese nationals, decided to self-quarantine before the coronavirus became a pandemic.

“They didn’t want Americans to feel unsafe or insecure,” Ho said. “They were choosing to remain inside rather than going out in public, which is really heartbreaking.”

Colorado College in Colorado Springs also recorded incidents of bias and harassment against Chinese nationals, Chinese-Americans and people of Asian heritage before restrictions closed the campus last month due to stay-at-home orders.

“Many members of our community, including our international students, faculty and staff, may be dealing with stigma. Please uphold our commitment to anti-racism,” read an email sent to students.

“Students on campus were making jokes about them being sick when they were walking by or talking behind students backs or whispering.”

People resort to “lower brain thinking and emotions” when they are overcome by negativity, she said, and tend to rely on stereotypes, huddle with like-minded people and adopt a group mentality.

Many of Colorado College’s 170 Chinese students were anxious because they couldn’t reach their families back home, Whitaker said, and were hurt by the treatment here.

The school contacted two Mandarin-speaking psychologists from Denver to meet with students, she said, and has continued to provide virtual social-emotional support for Asian students.

“It’s disheartening but not surprising,” Whitaker said of the incidents, “particularly when the nation’s president was modeling inappropriate behavior. Adolescents are impressionable, and it’s hard to correct that and convey we should use appropriate language.”

Based on the racial profiling of Muslims after the terrorist attacks on 9/11 — including a Sikh Indian being misidentified as an Arab Muslim and shot outside the gas station he owned in Mesa, Ariz. — Asian-American scholars saw this wave coming as soon as news of the virus spreading started in January, Ho of CU-Boulder said.

“The only question is how bad is it going to get?” she said

Historically, the majority of society believes the actions are an aberration, and while terrible, there’s nothing they can do, Ho said. A minority of the population view profiling as intolerable and unacceptable, she said.

“The trick is as an educator, how do we get the small minority to be the majority,” she said. “I want people to step up and say, ‘This is not OK.’”

“When you hear people say racist things, tell them you think what they just said is racist and they shouldn’t say it because it harms people,” Ho said.

The Golden Rule can go a long way, she said.