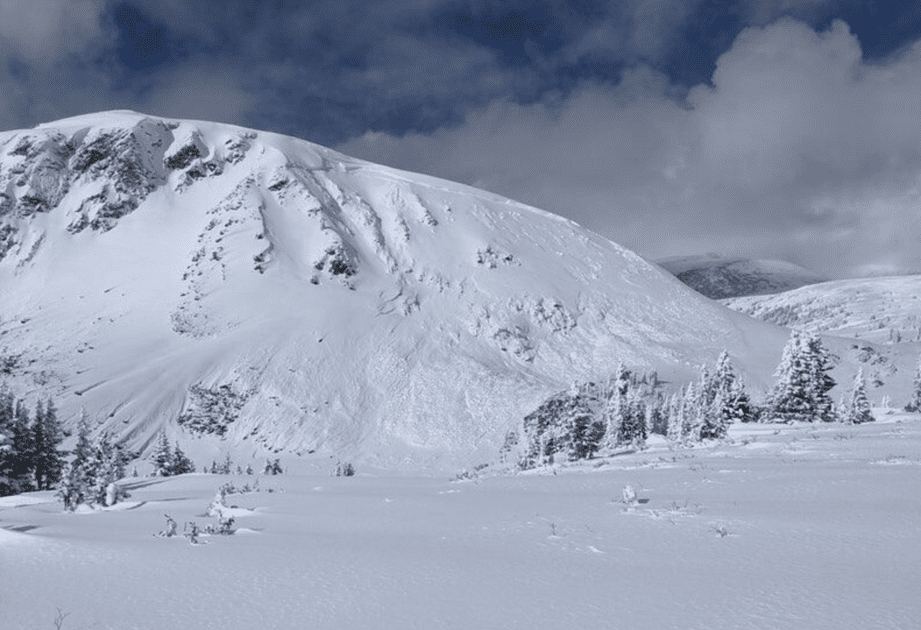 The final report for an avalanche that occurred on February 14 involving a father and son in Colorado has been published by the Colorado Avalanche Information Center, detailing the moments surrounding the tragic accident that killed one.

Parker resident Michael “Tony” Westall, 58, and his 18-year-old son were out for a day of snowmobiling in Grand County when a massive slide occurred. During this time, avalanche risk was high in the backcountry, rated as ‘considerable’ with very large persistent slab slides likely on north, east, and south east slopes. A cautionary note from the Colorado Avalanche Information Center regarding the conditions detailed how strong winds had resulted in fresh slabs up to three feet deep.

Editor’s Note: The official report published by the Colorado Avalanche Information Center does not include the identity of either rider. This detail comes from a report by The Denver Post.

The two started their day at Lakota Trailhead on separate snowmobiles, eventually making their way to a destination southwest of Rollins Pass and beneath 11,843-foot Mount Epworth called Pumphouse Lake.

Prior to the fatal avalanche, both snowmobilers had taken their respective sleds up a slope above the lake. Though the slope had allowed them to ascend and descend prior to the avalanche, it had an estimated slope angle of roughly 35 degrees – higher than the 30-degree slope angle where avalanche risk really starts to spike.

On the “third or fourth” climb up the slope, father Michael Westall sidehilled instead of heading directly downslope – a technique that involves digging one side of the machine into a steep slope to be able to move across the slope instead of on a vertical plane. This is when the slide broke off, with an estimated crown face that spanned more than 2,000 feet.

While the 18-year-old son was able to move out of the way of the slide, the father was caught and buried.

After the avalanche ceased, Michael “Tony” Westall’s snowmobile was partially buried near the toe of the debris field. Eventually, Westall’s son spotted his father’s boot and started to dig, finding Westall buried face down with his head under approximately a foot of debris on broken ice of Pumphouse Lake. Westall’s torso had also become wedged between the track and tunnel of the snowmobile, further complicating the rescue effort.

Westall’s son was unable to free his father from the machine, forced to leave him pinned in a slushy mix on Pumphouse Lake while he went to find cell phone reception. Prior to leaving, the son was able to prop Westall’s head out of the water with a shovel. Though Westall was initially breathing, he eventually lost consciousness and stopped breathing.

The son found a place with reception and was able to place an emergency call at 1:39 PM (official time of avalanche is unknown), which prompted Grand County Search and Rescue to respond. Though the weather did not permit aerial assistance, snowmobiles could be used to access the scene.

A Grand County Search and Rescue member that was already at Lakota Trailhead was the first to respond. He reached the scene at 2:06 PM and was able to free Westall from his spot in the debris, performing CPR that was ultimately unsuccessful. Approximately five to ten minutes later, a full team of rescue volunteers arrived, including a doctor.

The 18-year-old rider lost a glove and boot during his rescue attempt and was treated for hypothermia, later brought back to the trailhead by rescuers.

According to the official report, the trapped snowmobiler’s injuries were not immediately life-ending, though being pinned under the snowmobile led to asphyxiation. The rescue effort was complicated by the presence of the lake, which was covered in ice that was broken by either the avalanche or the snowmobile.

Neither snowmobiler was utilizing an avalanche transceiver at the time of the accident, which can be used to expedite the process of finding someone that’s been buried in the snow.

Colorado’s snowpack has been quite dangerous this year, in part due to long break periods between early season snowfall. Big snowfall totals in recent days and weeks have resulted in an additional uptick of risk. The dangerous conditions have contributed to 11 avalanche deaths thus far during the 2020-2021 snow season. This compares to six in the previous season and eight the season before that.

Those making plans to enter Colorado’s backcountry should be highly aware of the avalanche risk forecast. It’s also important to have avalanche safety training and to utilize proper safety gear. Make the day’s plan known to those outside of the party involved in backcountry travel, including locational details and an expected timeline. An emergency communication device, such as a Garmin inReach, can help increase connectivity in a place without cell reception.

Condolences go out to those impacted by this tragic death.