Reopening Georgia and Colorado: A Study in Double Standards | The American Spectator 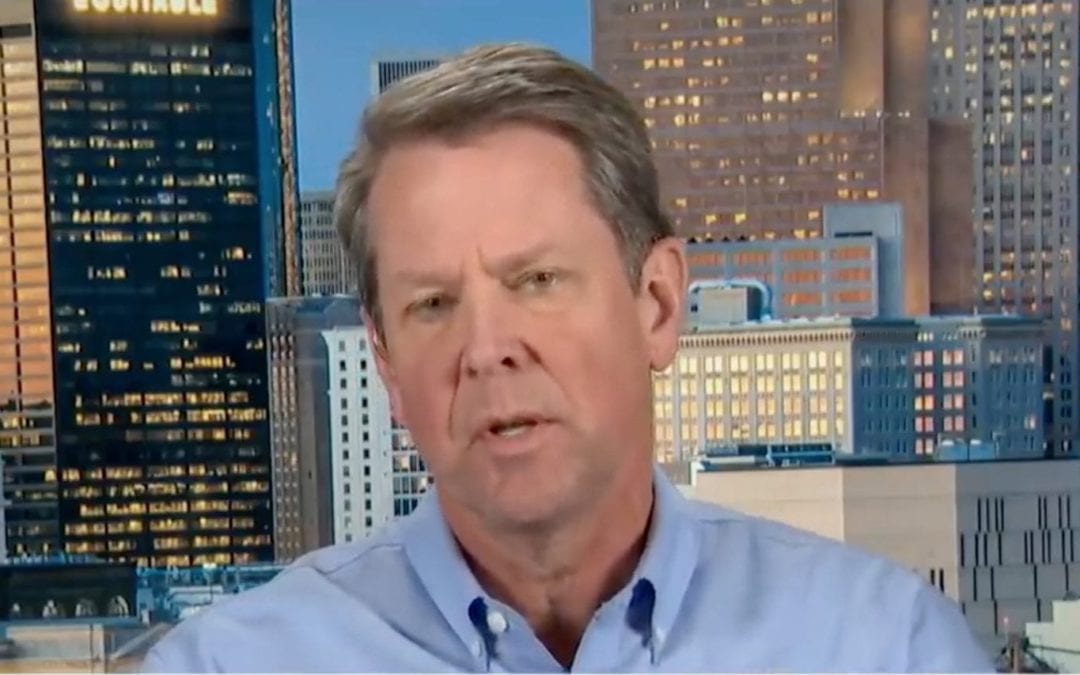 When President Trump first unveiled his three-phase strategy for lifting the job-killing stay-at-home orders imposed by most states in an effort to “flatten the coronavirus curve,” among the first to embrace the guidelines were Govs. Brian Kemp of Georgia and Jared Polis of Colorado. Moreover, their reopening plans were quite similar. Both, for example, will permit hair salons, tattoo parlors, and other personal services to resume operation. Yet the reception by the legacy media and various “experts” has been dramatically different. While the Polis plan has excited little comment, Kemp’s program has been denounced by the press and President Trump’s public health advisors have quite literally disowned it.

Upon being advised that Gov. Kemp had decided to begin reopening businesses in his state, President Trump was supportive: “He’s a very capable man. He knows what he’s doing. He’s done a very good job as governor.” Key members of the Coronavirus Task Force, however, refused to publicly endorse Gov. Kemp’s plan. CNN reports: “They then asked Dr. Deborah Birx, the panel’s coordinator, to try to convince Trump to oppose Kemp’s move. She had a private meeting with the President just prior to the news conference and successfully convinced him to denounce Kemp’s decision.” According to the report, Trump called the governor and asked him to delay the reopening. Kemp refused:

I discussed Georgia’s plan to reopen shuttered businesses for limited operations with @POTUS.… Our next measured step is driven by data and guided by state public health officials. We will continue with this approach to protect the lives — and  livelihoods — of all Georgians.… I am confident that business owners who decide to reopen will adhere to Minimum Basic Operations.

The obvious question that will occur to most Republicans and conservatives is the following: Why is Gov. Polis getting an easier ride from the media and the Beltway bureaucrats than Gov. Kemp? Has Colorado done a better job than Georgia containing COVID-19? Nope. As of Thursday afternoon, according to the RealClearPolitics coronavirus tracker, Georgia has endured fewer deaths per million (82.1) than Colorado (88.2), has a lower confirmed case fatality rate (4.05 percent) than Colorado (4.67 percent), and has conducted twice as many tests (101,062) than has Colorado (50,645). Now, to answer the question with which this paragraph began, here’s how the Washington Post reported Kemp’s decision to reopen:

Georgia Gov. Brian Kemp’s move Monday to lift restrictions on a wide range of businesses, one of the most aggressive moves yet to reignite commercial activity in the midst of the coronavirus pandemic, put his state at the center of a deepening national battle over whether Americans are ready to risk exacerbating the public health crisis to revive the shattered economy.

Compare this to how the Post handles the concurrent reopening of Colorado’s economy by Gov. Polis using virtually identical criteria. First, it isn’t part of a feature story. It’s buried 14 paragraphs down in a reprinted Associated Press report about states considering economic restarts. Conspicuously absent are any portentous allusions to a “deepening national battle” or that it might “risk exacerbating the public health crisis”:

Gov. Jared Polis outlined a plan to ease statewide stay-at-home and nonessential business closures Monday. All nonessential retailers may soon offer curbside delivery and can fully reopen, at half-staff capacity and with protective measures. Offices and personal services can do the same in May. Schools, universities, gyms remain closed, along with indoor restaurant and bar service.

Most of the media were not so subtle. My favorite story about Gov. Kemp appeared in Vanity Fair under the title, “Front-Runner for Country’s Dumbest Governor to Reopen Essential Bowling Alleys, Nail Salons Friday.” The author of this journalistic tour de force, Bess Levin, tells us Gov. Kemp “announced on the steps of his state’s capitol that he was a massive imbecile.” Her tenuous grasp of syntax renders it unclear if she means he is overweight and stupid or if she believes he is, like, extra dumb. Either way, Levin supports this claim by insisting that Kemp “doesn’t listen to public health experts.” As it happens, his primary public health advisor is Kathleen Toomey, M.D., M.P.H.

She is an epidemiologist with a bachelor’s degree in biology from Smith College. As a Fulbright Scholar, she studied indigenous healing practices in Peru. Dr. Toomey earned her M.D. and M.P.H. degrees from Harvard University. She then went to work for the Centers for Disease Control and Prevention (CDC), where she served in various leadership positions, including CDC Country Director in Botswana. Dr. Toomey now serves as the Commissioner of the Georgia Department of Public Health. It was she who advised Gov. Kemp to issue a shelter-in-place order for Georgia on April 2, and it was she who advised him to lift it based on the guidelines issued by the Trump administration on April 16.

Dr. Toomey’s résumé suggests that she just might be a “public health expert.” Gov. Polis presumably has such advisors on his staff, but they seemed to have had less effect on his decision than the protesters who descended on Colorado’s Capitol last week to protest his stay-at-home order. That probably explains why the legacy media have denounced Gov. Kemp’s reopen strategy and ignored the all-but-identical plan put forward by Gov. Polis. They don’t want to encourage the peasants to talk back. Likewise, Trump must be wary about deferring to Beltway bureaucrats and betraying loyal GOP supporters like Gov. Kemp. To paraphrase Margaret Thatcher, this is no time to “go wobbly.”