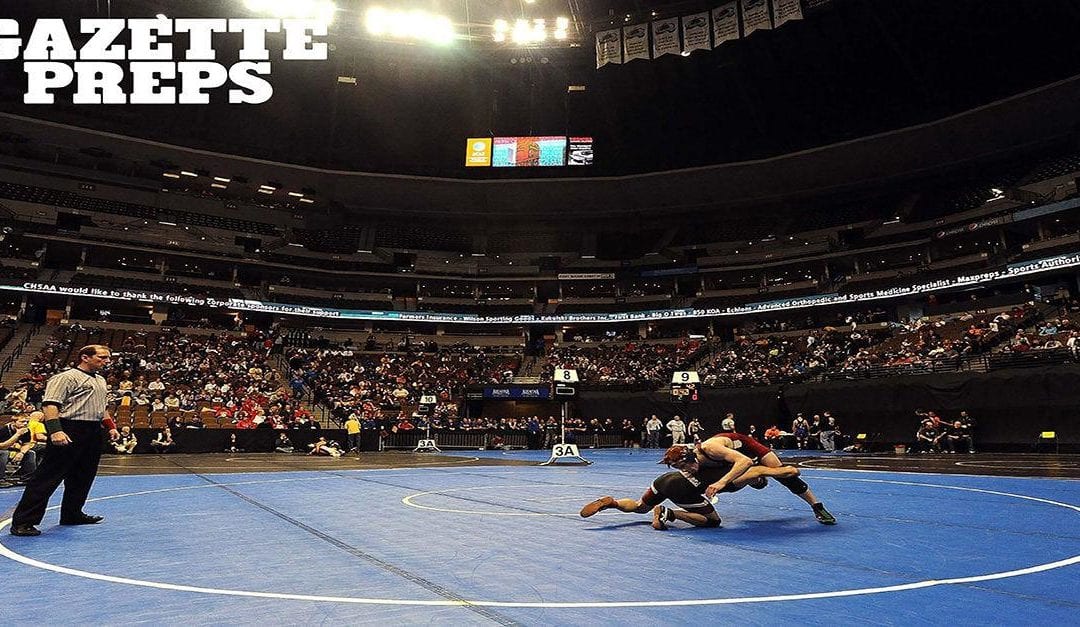 In a COVID-shortened season and a much smaller qualifying pool for the Colorado state championships, this weekend’s regional wrestling tournaments should be the most important event of the year for local state tournament hopefuls.

Along with regular-season match limits, COVID regulations have strictly limited the state championship bracket for boys’ and girls’ wrestling. Only the top two finishers from each weight class at boys’ regionals will qualify for the state tournament, and the top four girls in each regional class will qualify.

The tournaments will be split into two days, with just 112 wrestlers allowed to participate on any day. Friday’s competition will feature weight classes 106-145 and the upper weights, 152-285, will compete Saturday. The tournament will be single elimination up until the quarterfinals. Only the wrestlers who make it to the finals of their respective classes will qualify for the state tournament.

Here’s what you need to know:

Wrestlers to watch: Palmer Ridge’s Mia Hargrove is the top local wrestler in the 100-pound division, ranked second in the state behind Mountain Vista’s Rosalind Ramos-Cruz, who will also compete at Region 2. Candice Brickell of Doherty is ranked third behind Hargrove at 100. Bella Cross of Mesa Ridge is the state’s top-ranked 111-pounder and first in the region. Doherty’s Victoria Guinard (136), Sarah Savidge (127) and Hailey Knapp (136), and Mesa Ridge’s Maggie Marjerrison are ranked in the top three in the region in their respective weight classes. McKenna Reynolds of Vista Ridge is the top-ranked 215-pounder in the region.

Wrestlers to watch: Doherty’s Jared Bilstein is ranked fourth in the region at 285 and No. 8 in Class 5A heading into regionals.

Wrestlers to watch: Widefield’s Avelino Mota is the top-ranked 120-pound wrestler in Region 1, and ranked fourth overall in 4A. Falcon’s Bryan Dickerson is on his heels, ranked second in the region and fifth overall. Josiah Aldinger is ranked third in 4A at 170 and No. 1 in the region, and Palmer’s Angrell Epps is No. 2 at 220 and No. 8 in 4A. Falcon’s Aydin Rix McElhinney (160), Javani Majoor (145), Landon Drury (126) and Canon City’s Ezavian Ortefa (138) are ranked second in the region.

Wrestlers to watch: Ranked third at 132 pounds, Dominic Hargrove enters regionals as the top-ranked wrestler in his weight class. Dylan Ruane is ranked second in Class 4A and is the top 170-pounder ranked in Region 2. Trevor Culross (113) and Andrew Keegan (182) are each ranked third in the region.

Wrestlers to watch: The Pikes Peak region has an area wrestler ranked at the top of the region in 13 of 14 weight classes, including four locals who are ranked No. 1 in Class 4A. Starting with the lower weights, Mickail Skeldum (106 pounds) and Frankie Gallegos (113) of Mesa Ridge, are the top-ranked in the region. Skeldum is ranked third in 4A and Gallegos in second. Isaiah Blackmon of Lewis-Palmer is second in 4A and top in the region at 120. Cheyenne Mountain claims the top regional spot in the next three weight classes with Nicholas Grizales (126), Chase Johnson (132) and Grant Kunkel (138) ranked No. 1. Grizales enters regionals with a No. 3 ranking in 4A. Solomon Arnds of Vista Ridge is the region’s top-ranked 145-pounder, and Ben Nagel of Coronado is No. 2 in 4A and No. 1 in the region. At 170, Coronado’s Mitchell Nowlan leads the state and the region and Cheyenne Mountain’s Soren Herzog is the top-ranked 182-pounder in Region 4. The final three upper-weight wrestlers are all ranked No. 1 in Class 4A, with Cheyenne Mountain’s Nico Gagliardi (195) and Jake Boley (220) and Mesa Ridge’s Matthew Moore (285).

Wrestlers to watch: Elizabeth’s Cooper Dunn (106) and Kyle Owen (138) are ranked second in the region.

Wrestlers to watch: Peyton’s Clint Brown (152) is the top local wrestler in 3A Region 4 with a No. 2 Class 3A ranking entering region competition. James Brown, also of Peyton, is ranked second at 145 in the region, and Calhan’s Logan Jack is second at 132.