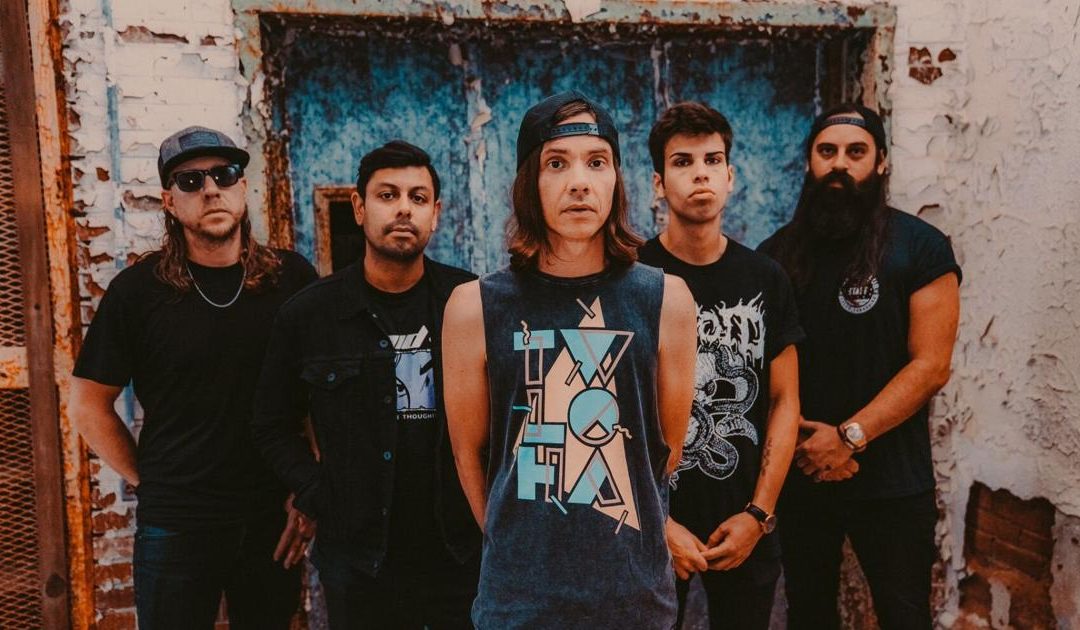 A recent Twitter prompt caught my attention, mainly because of the attached photo of some vintage technology: an iPod, one bulky enough to defy pockets and old enough to have songs you paid $2.99 for and now can’t remember the lyrics or why you liked them.

The tweet posed a question: “You find this in storage and somehow manage to turn it on. What’s the first song that comes up?”

Among the replies, one song was mentioned more than once: “Face Down” by Red Jumpsuit Apparatus.

This is how a name like Red Jumpsuit Apparatus keeps coming back into conversations, 15 years after a bunch of 20-somethings from the middle of nowhere (Middleburg, Fla.) formed a softcore emo band, got a record deal and released songs like “Face Down” that every former emo kid of a certain age had on their iPod and would still be able to sing on demand.

This is a band that thrives in the throwback. And the soft spot is strong enough for stops on the band’s 15th anniversary tour, like one on Thursday at The Black Sheep, to sell lots of tickets.

Even lead singer Robbie Winter talks about how these songs “take you back.”

“What I tell people is this: Don’t come to this show unless you’re ready to take a stroll down memory lane.”

He plans to do an anniversary tour, celebrating the 2006 release of “Don’t You Fake It,” every five years because fans request a show like that so much.

“It sounds cheesy because it’s cheesy, but it’s awesome to play this album and see people relive it,” Winter said. “Sometimes it’s OK to be cheesy. With extra cheese.”

These shows take him back in time, too. Sometimes he feels like a different person now compared to the 21-year-old “party animal” who wondered if he’d end up dead by 40 like other rockstars.

Back then, Winter started writing songs that blended his love of metal music with his love of country music’s truth-telling. He was inspired by other bands joining what he calls “an emo revolution.”

“We were seeing the birth of our version of emo,” Winter said, dropping examples like Dashboard Confessional and My Chemical Romance. “It was all about the lyrics. It wasn’t about the eyeliner and all that stuff.”

So he sat down on the couch with his acoustic guitar to write “true stories.” He wrote about young heartbreak and hating his job.

As Winter excavated his life for more truth, stories came to the surface that he tried to ignore. They were painful memories of seeing his father frequently beat his mother. Violence and substance abuse, he said, ripped his family apart.

The remembering helped a song rise up: “Face Down.”

“It’s essentially a biography about what it’s like to be the kid in the room, which is what happened to me,” Winter said. “As a kid, seeing that sticks with you.”

The song became a huge hit. And it hit home for many, as it confronted domestic abuse in a way that hadn’t been done before in a pop punk song. The heavy subject matter is addressed in a powerfully catchy chorus: “Do you feel like a man when you push her around? Do you feel better now?”

More than a decade later, the song still resonates, as evidenced by more than 275 million streams on Spotify.

Winter sees the song’s lasting impact from the stage. Before he plays “Face Down,” he often asks who in the audience is seeing the band for the first time.

“When I’m singing it, I look for those faces and watch the tears,” he said. “Those are the ones who grew up like me.”

The song is no longer his family’s reality, so Winter thinks of “Face Down” as a survivor’s anthem for his mom. Because fans have told him, he knows the song has carried others out of dark places.

“It’s important because I think about how somebody out there always needs to hear it,” he said. “That’s why I’ll always play it. I don’t care how old the song is.”

Winter knows that plenty of people don’t know his band’s “weird, dumb name.” But plenty of fans know and love his full discography. They’ve grown up with the band, as Winter went from party animal to a version of himself that was once his worst nightmare: “a sober vegan super dad.”

He’s grown into a musician that can play the band’s first album “better than ever,” he said.

For these 15th anniversary shows, Winter says he’s happy to tell stories and play songs from the past. But he’s not stuck there.