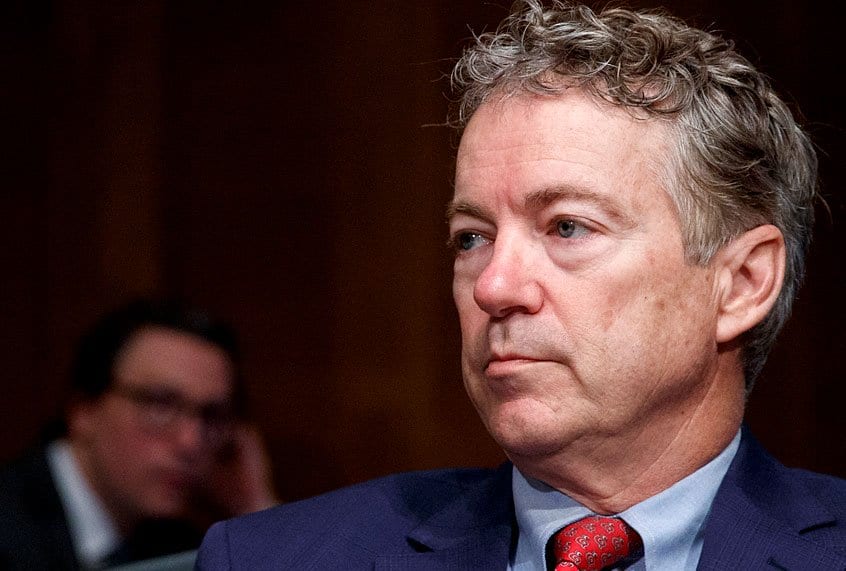 Sen. Rand Paul, R-Ky., held up a Senate vote on coronavirus legislation scheduled for Tuesday by forcing the upper chamber to vote on an amendment with little chances of passing.

The would “require a social security number for purposes of the child tax credit, and to provide the president the authority to transfer funds as necessary and to terminate United States military operations and reconstruction activities in Afghanistan,” according to NBC News.

Until the Senate holds a vote on Paul’s proposal, it will not be able to pass a bipartisan $1 trillion economic relief package that would provide Americans with strengthened unemployment insurance, increased federal Medicaid funding, free COVID-19 testing, enhanced food security initiatives and guaranteed paid emergency leave for some workers.

Senate Majority Leader Mitch McConnell, who like Paul is a Kentucky Republican, agreed to take up the amendment Wednesday, further delaying a vote on the relief package in the process. Paul’s amendment is not expected to pass.

This is not the first time Paul has deviated from the party position on COVID-19 relief. He was the only senator to vote against an $8 billion emergency funding bill last week, although Republican Reps. Andy Biggs of Arizona and Ken Buck of Colorado also opposed the measure.

The Republican Party finds itself in an unusual position in the aftermath of the COVID-19 outbreak. Traditionally, , meaning that its members oppose providing direct welfare relief to American citizens struck by economic hardship. Because millions of Americans are temporarily out of work as a result of the quarantine, however, Republicans like President Donald Trump are pushing for measures that would provide them with a financial safety net until the economy normalizes. At least three Senate Republicans — Tom Cotton of Arkansas, Josh Hawley of Missouri and Mitt Romney of Utah — are urging direct cash payments to American citizens, a measure which Trump himself supports.

The Trump administration emphasized the importance of passing a rigorous relief package on Tuesday, when that the national unemployment rate could reach 20% if the stimulus is not passed. In an emailed statement to CNBC, Treasury Department spokesperson Monica Crowley said that “during the meeting with Senate Republicans today, Secretary Mnuchin used several mathematical examples for illustrative purposes, but he never implied this would be the case.”

Trump offered similar reassurance to the public Wednesday, that “for the people that are now out of work because of the important and necessary containment policies, for instance the shutting down of hotels, bars and restaurants, money will soon be coming to you. The onslaught of the Chinese Virus is not your fault! Will be stronger than ever!”

The president promised to protect Medicare and Social Security and defended his handling of the crisis in .

Trump’s use of the term “Chinese virus” has been condemned as racist.

“The comments made by President Trump intensifies the xenophobia and racism that’s become rampant against Asians and Asian Americans globally,” . “He’s fueling fears against Chinese, specifically. However, people of Asian ancestry across the globe may face collateral damage. These statements are dangerous and erroneously assign blame to people who are as susceptible to the disease as anyone else worldwide.”