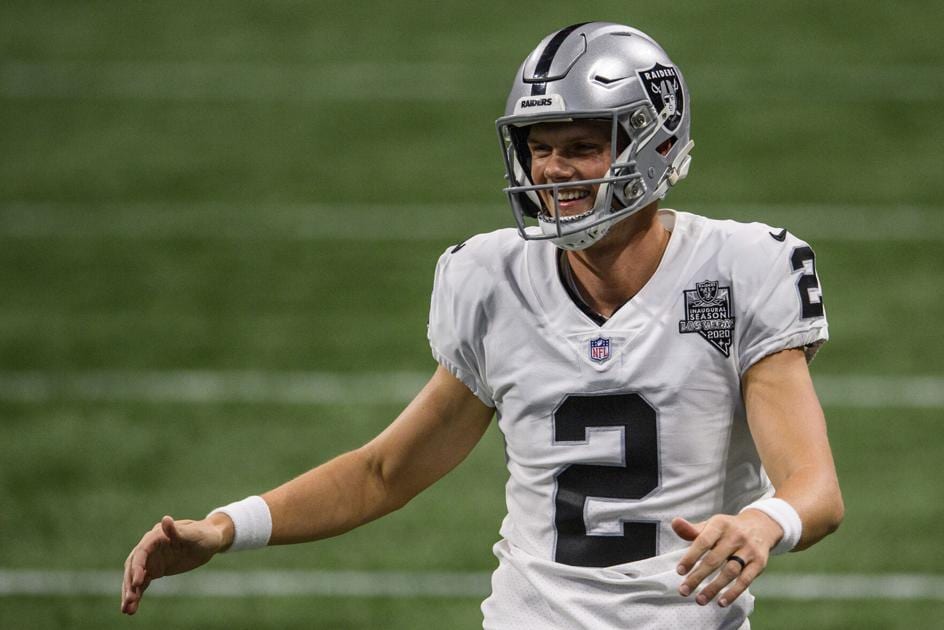 With a field goal and three extra points, the Colorado Springs native ran his season total to 143 points as he passed Sebastian Janikowski (142 points in 2010) as the season leader in Raiders history.

“Honored!” Carlson wrote in a text to The Gazette after Las Vegas’ 32-31 victory over the Broncos in Denver. “Pretty cool do to it back at home in Colorado. Glad I was able to help the team and appreciate my teammates for setting me up with the opportunity.”

The record adds to a remarkable run for the graduate of The Classical Academy with the Raiders.

“I just think the kid is money, man,” Las Vegas coach Jon Gruden said of Carlson in early December. “He’s a guy I’ve got a lot of confidence in.”

Carlson kicked at Auburn, setting an SEC scoring record with 480 points. He and younger brother, Anders, who kicks for Auburn, have combined for 748 points to set an NCAA record for a pair of brothers, passing Nebraska’s Kris and Drew Brown.

This caps a season that saw Carlson fend off a challenge from rookie Dominik Eberle, whom the Raiders acquired as an undrafted free agent in the offseason following Eberle’s record-setting career at Utah State.

Carlson’s spot had become vulnerable following a 2019 season that saw him go 19 for 26 on field goals, though six of the seven misses came from 40 yards or longer.

But he had overcome greater odds, launching his career with Oakland after initially being cut by Minnesota after missing three field goals in the second game of his career.

Carlson also became a father in 2020, as Daniel and wife, Katherine, welcomed a daughter in late September.

“Lily Katherine Carlson joined us this morning and has completely changed our world,” Carlson wrote on Twitter on Sept. 23. “Momma and baby are both doing great now! Lord, thank you for the most precious gift!!”

“What a tremendous honor!” he wrote on Twitter on Sunday evening. “What a great team win to finish the season! Let’s gooooo!!!”