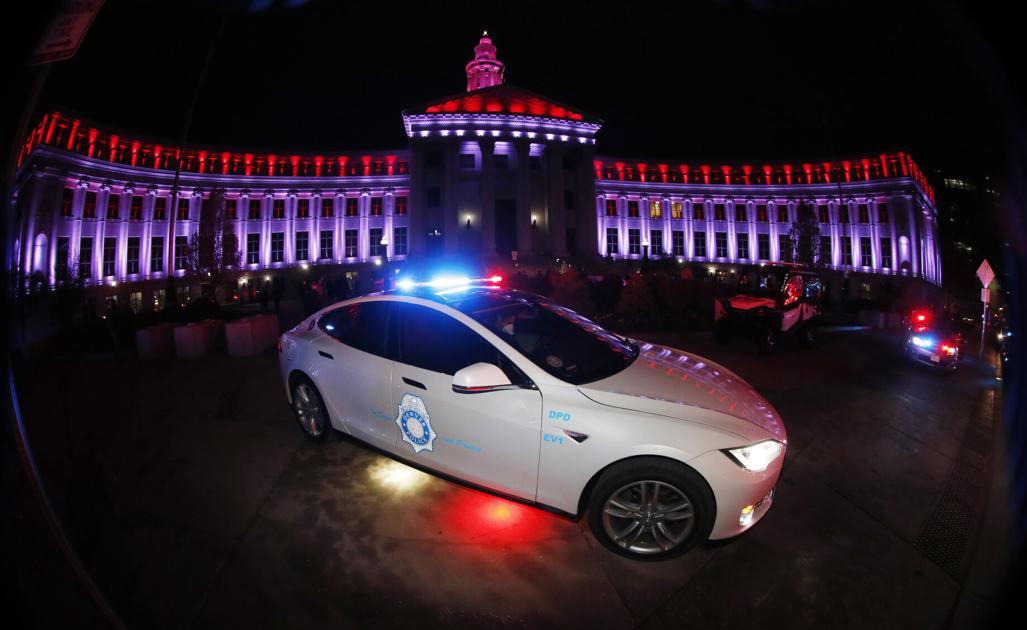 A Denver man went on a rampage Saturday morning, intentionally driving into a pedestrian, multiple civilian vehicles and two police vehicles, according to an arrest affidavit released Sunday by the Denver Police Department.

Tyler Hazell, 23, was held for investigation of first-degree assault and an outstanding felony warrant. The Denver District Attorney’s Office will determine the charges.

According to the affidavit, the incident began at 8:30 a.m. when Hazell got into a fight with staff members at the Burger King at 1010 W. Colfax Ave. Police were called, but Hazell fled  before officers arrived.

After leaving Burger King, Hazell drove east on West Colfax Avenue and stopped at North Delaware Street. He then reversed, driving the wrong direction down Colfax for two blocks until he pulled up next to a black Honda Civic.

Hazell told the two women inside of the car “race me or die,” the affidavit said.

Hazell then drove to East 14th Avenue and North Broadway. Polcie say there he intentionally drove onto the sidewalk and raced after two men who were walking.

The men scattered and Hazell chased one, hitting him and fracturing his pelvis and legs, police said. The pedestrian was seriously injured but expected to survive.

Hazell then drove the wrong way down West 14th Avenue towards the 1400 block of North Delaware Street, stopping on the way to high-five a homeless man and take a photo, the affidavit said.

Once he reached North Delaware Street, Hazell rammed into the side of a Denver police car with an officer and prisoner inside. Both passengers suffered minor injuries, police said.

After fleeing from the disabled patrol cars, Hazell returned to the original Burger King and rammed into a parked truck, police said. Officers responding to the initial disturbance then followed Hazell through several jurisdictions.

Hazell’s car finally broke down from its damage in the 7800 block of Quebec Way, where he was arrested, police said