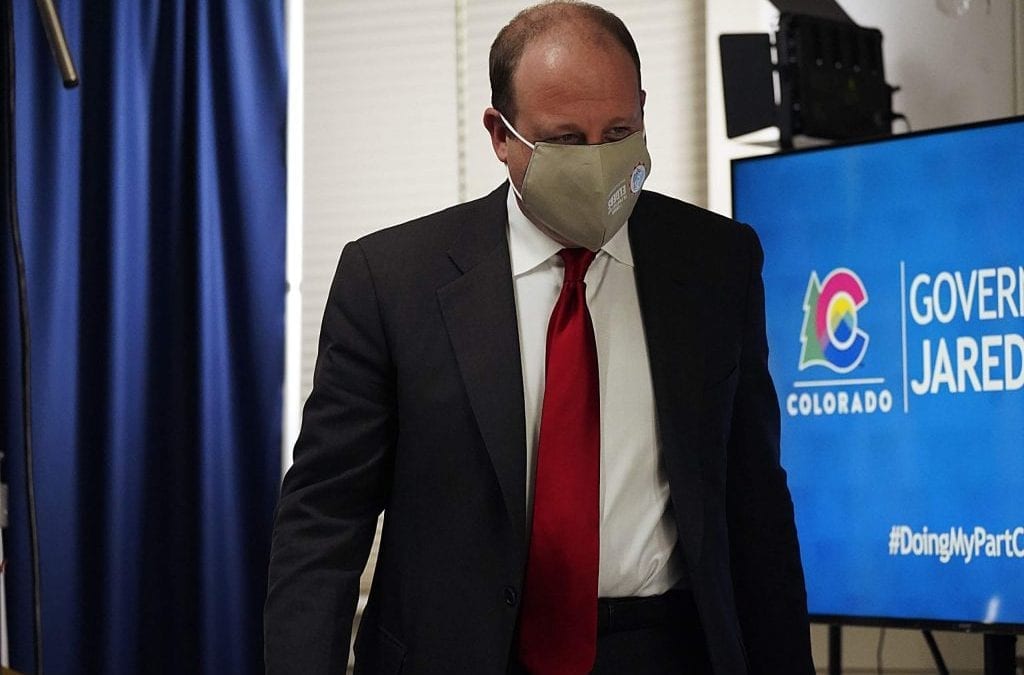 More than six months into fighting a pandemic and trying to keep the state open, Colorado Gov. Jared Polis said this week he’s remained focused on keeping the infection rates low and business up and running.

Facing another recall attempt (the one in 2019 failed to get the required signatures), Gov. Polis said he is too busy governing than to worry about another try by a Republican group to remove him from office. He is one of 12 governors this year who have faced or are facing recall attempts. Of those dozen, nine are Democrats and six of those, including Polis, faced failed recall attempts in 2019.

On Thursday, Polis took the time to answer questions from The Aspen Times about the recall attempt, the upcoming ski season, transportation in the Interstate 70 mountain corridor and the continued efforts to keep the state safe. Here are excerpts from that interview:

The Aspen Times: Is this the opportune time to talk about what you suggested after last year’s failed attempt as a misuse of recalls and how they should not be used for “partisan gamesmanship”?

Gov. Polis: I think recalls along with protests, along with having signs and writing letters to the editor, these are all celebrated parts of our free speech.

Obviously as governor, my focus is on governing. I’m not focused on what’s going on with these different processes. I’m focused on getting Colorado’s economy going and that we’re reasonably safe and we’re continuing to improve our public schools during an unprecedented pandemic. We are doing better than many other states and I think Coloradans are proud of that across the spectrum and we want to keep it up.

AT: The fact this recall attempt comes on issues that involved the overall public health of the state and decisions that have become divisive at the national level, do you think it gives it more “legs” as an issue for the Republican base versus the 2019 recall attempt when it was about legislation on guns, oil and gas regulations, sex-ed and the national popular vote?

Polis: I certainly would put our record up against any other states. We were one of the first state’s to reopen and end the stay-at-home period. We’ve had close to a normal tourism season in western Colorado, which is really a remarkable achievement in light of a global pandemic. I think a lot of folks, including myself and many small business people in western Colorado, really worried last March and April “is this thing going to be 50% down, 60% down this year, what’s going to happen?”

But because we took precautions early, county health departments across western Colorado put the right measures in place, they were able to keep the virus at a level where we had tourists from within Colorado and across the United States. We actually had close to a normal tourism season. Some counties down 5% to 6%, some flat, but nothing like a 50% decrease that other areas of the country experienced that had viral outbreaks.

AT: How are state regulations and guidelines coming for the upcoming ski season?

Polis: We had the only resort already reopen during the pandemic, Arapahoe Basin. That gives us a precedent. And obviously now it’s a time of really hearing from our local partners, the ski resorts, public health to really develop those state-level guidelines that help the ski industry flourish and stay safe. And the two go hand-in-hand. The minute the virus goes out of control and there is an outbreak, not only would it be devastating to the lives of residents but it scares away visitors from across the country.

AT: Do you have an idea on a timeline for when the guidelines will be announced?

AT: What concerns you the most about the ski season?

Polis: It’s not the slopes, it’s not the outdoor activity of skiing and boarding. All are terrific. It’s the simple precautions like lift lines, and gondolas and having parties stay and ski together.

It’s really about the party experience in town. It’s about the après ski, it’s about dining, it’s about how we can have restaurants serve people in a safe way. It’s about chokepoints like rental places and lift lines. But they’re very solvable and the ski resorts are doing a great job coming up with those protocols to make sure that’s done in a safe way.

AT: Some local public health officials have expressed frustration over communications issues that continue with state officials. How have you guys been able to talk with the local governments and does that surprise you that you’re still getting some frustrations from local governments?

Polis: I think the right response to that is what we’re increasingly doing, which is localize the response. That means empowering commissioners, county health departments. We’ve really moved from even the very early days from “one size fits all” statewide solutions because there are 64 counties in Colorado, and even within each county there’s different conditions for instance in a major metropolitan area and an unincorporated area. We know Aspen and Pitkin County officials are working with local businesses to help them reopen and protect their health and safety. As we evolve the state role, we want to be in support of that and facilitate that and really empower that kind of work at the local level. That’s really our overriding goal. Obliviously in the early days of the crisis and even now, communication is key. I’m committed to doing even better in making sure those communications happen.

AT: Is that the approach, Governor, and I think we saw this as you did your daily press briefings, that you’ve had to take as a state government with the lack of federal guidance?

Polis: Frankly, we appreciate the flexibility for the state, which we can then have locally. Where we wish the federal government came through more was on supplies, coordination between the states on acquiring masks and gloves and treatment and testing. And there we’ve largely been on our own. Obviously we’ve gotten some shipments here and there that have been coordinated federally, but it’s often felt like all 50 states are competing against each other and our own federal government for the supplies we need to successfully handle the crisis, and that is really a failure in leadership and we could have done a lot better as a nation to coordinate that activity.

One more example of how we learn from local innovation is we recently implemented the statewide dial (i.e. coronameter). That actually came out of and really gave us that idea is Pitkin County dial. We really took that idea that had been implemented in Pitkin County and established this information source statewide to help guide that local response in different areas.

AT: What are a few of the things you’re most proud in the state’s response to the pandemic?

That we’ve been very aggressive in responding to the economic aspect of this global pandemic. Biggest thing on the health side is getting masks and PPE. We were able to get millions of mask, gloves and gowns. And we have sent out 1 million masks to teachers across the state so every teacher in the state has a medical grade mask.

AT: Colorado Department of Transportation funding is scarce, and every couple of years Colorado voters shoot down new funding mechanisms. How do you envision keeping the High Country’s most important roadway efficiently running during continued growth over the coming years, and what could the future look like from a multimodal transportation perspective?

We recently got a $60 million grant from the U.S. Department of Transportation for Vail Pass improvements that will improve the flow of traffic at that chokepoint. And in the coming weeks we’re going to be working on and announcing some plans around Floyd Hill near Clear Creek that help address that chokepoint where it currently goes from three lanes down to two.

We’re really focused on these chokepoints and making real, measurable progress over the next year or two as we look to a longer term solution.

AT: With Colorado coming out of a brutal fire season, what do you plan to do to help reduce extreme fire risk in the future?

Polis: It’s important to put this into perspective just the impact of the hotter, drier weather, the impact from climate change. We had our largest fire in the history of Colorado in Pine Gulch (139,007 acres) and our third largest fire in Cameron Peak (104,845 acres as of Friday afternoon), which is still raging and that could become our second largest or god forbid our largest.

Grizzly Creek was smaller by comparison (32,431 acres), but it was located in a place that threatened transit and commerce and all these have contributed to poor air quality, especially in western Colorado.

In addition to our bold climate plans to lessen our emissions, we’re really taking a look at forest health and working more closely with our federal partners in the department of agriculture and the department of the Interior to try to reduce the risk going forward as well as acting to mitigate the post fire impacts of mudslides and avalanches in areas that were effected in the Grizzly Creek Fire and other fires.

But one of the key impacts of the Grizzly Creek Fire in Glenwood Canyon will be how to avoid the mudslides and avalanches that can lead to further closes and present some dangers in the coming months and years.

Polis: It means key cooperation with our federal partners and people should understand with Grizzly Creek it’s the Forest Service and U.S. Agriculture land, so they are critical partners for work that occurs on their land. … Generally speaking, it’s a strong, hand-in-hand cooperation with the entities that own the land around reducing the risk and increasing the safety.

AT: Governor, is there anything I missed on that you want to pass along to the people in Aspen and the mountain towns?