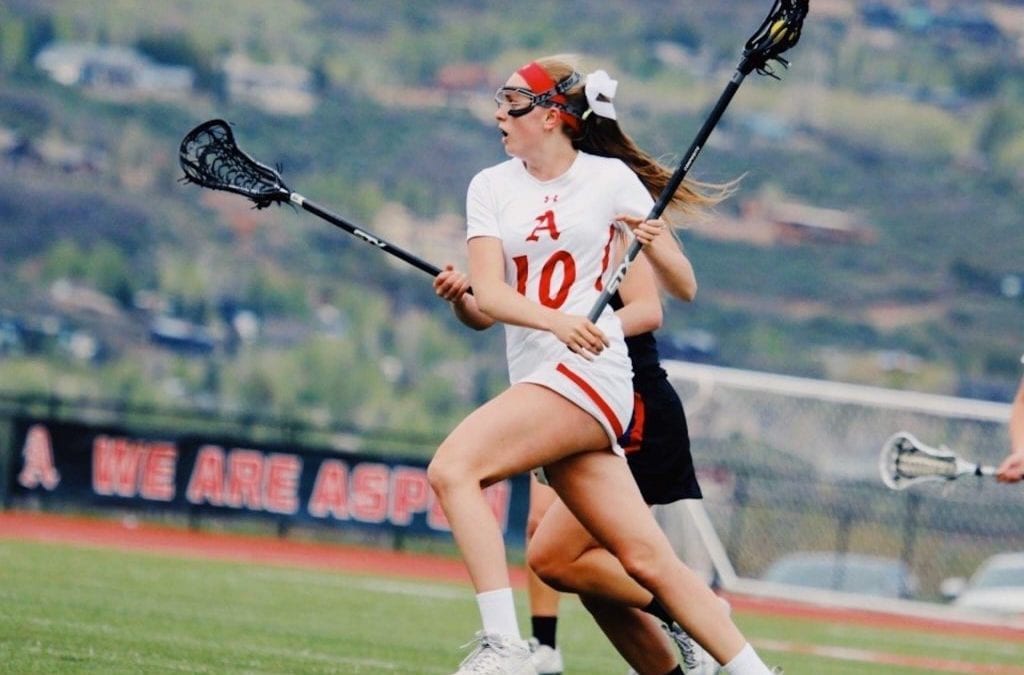 Hayley Heinecken was part of the Aspen High School graduating class of 2020. A standout in both lacrosse and hockey over her Skier career, she is headed to Colorado College in Colorado Springs to play NCAA Division III lacrosse for the Tigers. The Aspen Times caught up with Heinecken about the opportunity, her decision and about her up and down high school career in this Q&A.

Aspen Times: How did a chance come about to play at Colorado College and why did you choose CC over anyone else?

Hayley Heinecken: My dad had been telling me that he thought CC would be the perfect school for me since I was a freshman in high school. I applied on a whim and was forced by my parents to go down for an interview. We were the only people touring that day, so it was really personalized. I’m still in touch with the girl who gave me my tour; she’s been super helpful with dorm and Greek life questions.

My interview went super well; it felt like more of a conversation and less of an interview. After the admissions portion, I met with the coach. Stuey (longtime CC head coach Susan Stuart) showed us around, and all of the staff was incredibly friendly.

At the end of the meeting, Stuey offered me a spot. I told her I’d have to think about it, but there wasn’t much to think about. I felt like I’d found my home.

AT: Do you have a planned major yet? Why that?

HH: I’m undeclared at the moment, but I think I will either do a mathematical economics major with a minor in sustainability, or major in environmental science on a pre-law track.

AT: Did you think about or have any chances to play hockey in college? Why is lacrosse your No. 1? And what position do you think you’ll play for CC?

HH: Lacrosse isn’t necessarily my No. 1 — I love both sports so much. I ended up playing lacrosse because I started the recruiting process earlier and I had a better support system through my AMAZING high school coach, Amanda Trendell. I’m definitely going to keep playing hockey in some form at CC. I will play as a midfielder (in lacrosse) at CC.

AT: Going back to hockey, what did it mean to be part of the Aspen Junior Hockey teams over these past few years that reset the record book for girls hockey in Aspen?

HH: Absolutely amazing. I was really invested in this past season, and while it was amazing to end with state championship titles in two separate leagues, I know our team would’ve been able to accomplish a lot more if we’d had the opportunity to continue on to the regional and national tournament (both were canceled because of the coronavirus). It’s really heartbreaking to put everything you’ve got into a sport and a season and then not even have the opportunity to fight it out on the ice. Special shout out to my co-captain, Laney Martens!!

AT: How tough was this past spring and not being able to play lacrosse with AHS one final time?

HH: You want your senior season to be the product of everything you’ve worked for. And oftentimes, this doesn’t work out for a variety of reasons. But it’s really tough to not even get a chance. To be captain of a team that never takes the field, to not have a senior night or the “A” on your chest one last time. I understand why we couldn’t have a season, but it’s really tough to work so hard for something and never get to see the results.

AT: What was it like being part of the AHS girls lacrosse team these past few years? They also reset the record book under coach Amanda Trendell, notably with that undefeated regular season in 2019.

HH: It’s been amazing. During Amanda’s first season as coach (my sophomore year), I was out due to an ACL tear, so I really only got to play for her for one full season. She’s an amazing coach. She gives her all to each and every practice and works to bring out the best in all of her players. I feel so incredibly lucky to have been part of such a special team. The girls on the team are my best friends — I’ve been playing with them for as long as I can remember and it’s sad that’s come to an end.