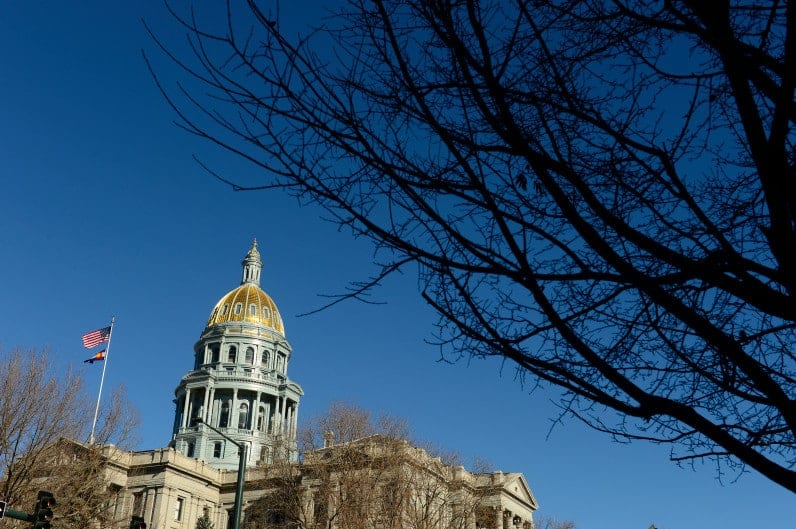 Multiple groups plan to descend on Colorado’s State Capitol on Sunday to protest what they argue is overreach and unconstitutional restrictions in the face of governmental efforts to stop the spread of the global COVID-19 pandemic.

The protests — one a planned “Operation Gridlock” event around the Capitol building in people’s cars at 1 p.m., the other calling for people to bring signs and stand outside from 2 to 4 p.m. — have been organized by various groups, including Libertarian parties around the metro area.

It is the “draconian measures” from Gov. Jared Polis, local mayors and health departments that have forced people to speak out, said Victoria Reynolds, chairwoman of the Libertarian Party of Colorado and a candidate for Douglas County commissioner.

“We want to send message to the governor, to mayors, to the federal government even to say: We elected you to represent us. You are our employees,” she said. “You don’t get to stay working, collecting a paycheck, while you’re putting us all out of work.”

Reynolds has asked those who attend to wear masks and stand 6 feet apart.

In a statement, a spokesman for Gov. Jared Polis said: “Coloradans have a First Amendment right to protest and to free speech. Those participating are only endangering themselves and others by ignoring the stay-at-home order, and we urge them to stay home. No one wants to reopen Colorado businesses and lift these restrictions more than the governor, but in order to do that, Coloradans have to stay home as much as possible, except for critical activities, wear masks and wash their hands to slow the spread of this virus.”

Colorado State Patrol, which runs security for the Capitol, said the protest is unsanctioned, but that troopers plan to treat it as they would any other protest of its kind.

“They’re not going to just disperse them right away,” said Trooper Gary Cutler, a state patrol spokesman. “People still have the right to protest and speak freely.”

Much as they would any other protest, Capitol security will monitor and take actions if they determine there is danger to the public, Cutler said.

A spokeswoman for Denver’s Joint Information Center said the city is aware of the planned gridlock protest and will take action if necessary.

“We understand people are frustrated with our current situation, but the stay-at-home order protects the health, safety and welfare of our entire community,” Erika Martinez, a Joint Information Center spokeswoman, wrote in an email. “Operation Gridlock would be a wholly irresponsible and reckless way to express those frustrations.  We must remind everyone that it is illegal to willfully block a public right-of-way.”

The planned protests come as people from blue and red states alike — including Michigan, Ohio, Kentucky, Minnesota, North Carolina and Utah — have organized in recent days to express displeasure and anxiety surrounding the economic impact the new coronavirus outbreak has caused.

National and state health officials have repeatedly warned that hundreds of thousands more people would die of COVID-19 if social distancing measures were not in place.