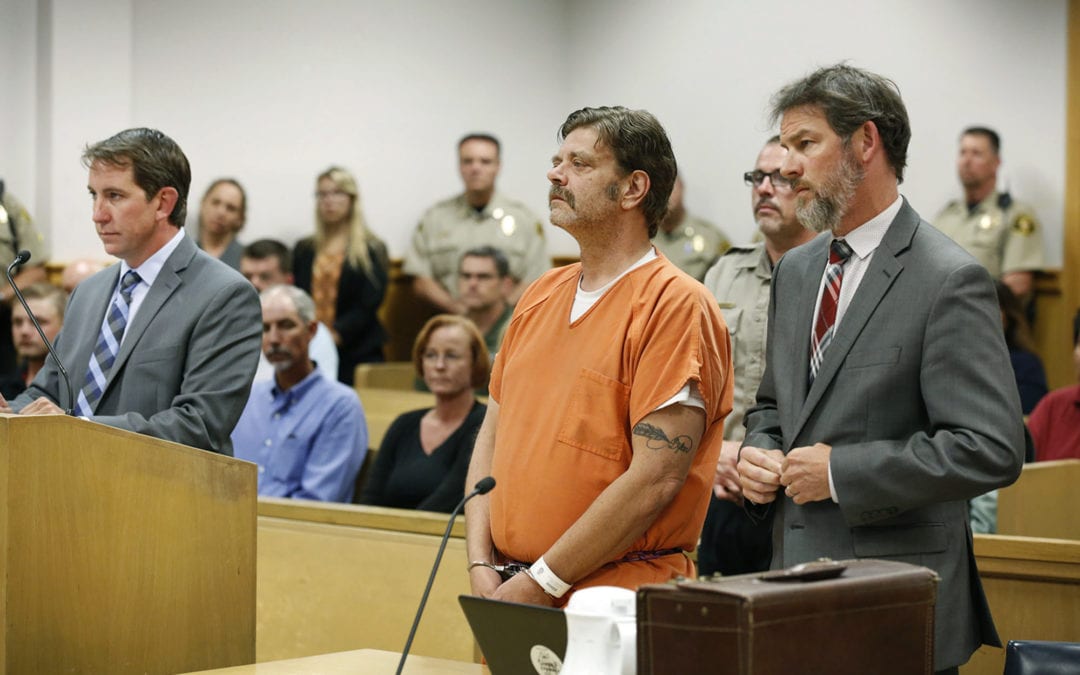 Fred Johnson, special deputy district attorney, suggested that on the night he was killed, Dylan may have mentioned or shown his father “compromising photographs” of Redwine dressed in women’s underwear and eating feces from a diaper, The Denver Post reported.

“A damaged relationship, exposed with compromising photographs, photographs in the hands of a 13-year-old who is disgusted by it, which triggered a violent rage in the defendant,” Johnson said.

Redwine, who has pleaded not guilty, was arrested after a grand jury indicted him in July 2017, accusing him of second-degree murder and child abuse resulting in death. He faces up to 48 years in prison if he’s found guilty of his son’s death.

Redwine’s public defender John Moran argued that text messages show Dylan had previously confronted his father about the photographs during a cross-country trip without suffering any harm.

Moran said the photographs “come from deep within Mark’s private life” and that the prosecution won’t be able to prove a connection between his son’s death and the photographs.

Dylan’s skull was found by hikers in 2015. Forensic anthropologists said the skull had injuries consistent with blunt force trauma at two locations, the indictment said.

Moran said during his opening statements that Dylan ran away from home and suggested he could have been attacked by a bear or a mountain lion — referencing the skull injury as a tooth mark on Dylan’s skull.

The case drew nation attention when Redwine and the boy’s mother, Elaine Hall, leveled accusations at each other during appearances on the syndicated “Dr. Phil” television show in 2013. TV host Nancy Grace also did a show Dylan’s disappearance.

Johnson said investigators found traces of Dylan’s blood in Redwine’s living room and a cadaver-sniffing dog alerted them to the smell of human remains in the back of Redwine’s truck and on his clothing.

Moran said the “infinitesimally small” amount of blood found in Redwine’s living room is likely to be found in anyone’s house, referring to the dog’s scent as “junk science.”

Prosecutors said that Dylan’s body was found without his wallet or his backpack, which Moran said does not point to a scenario in which the boy ran away.

The prosecution described the first night when rescue crews were deployed to search for Dylan, scouring the woods near Redwine’s home. At around 11 p.m., all the lights in Redwine’s house went out, Johnson said.

Redwine’s day in court was postponed in 2020 and a judge granted several mistrials because of COVID-19 restrictions.

The trial is expected to continue through mid-to-late July. Testimony will begin Tuesday.