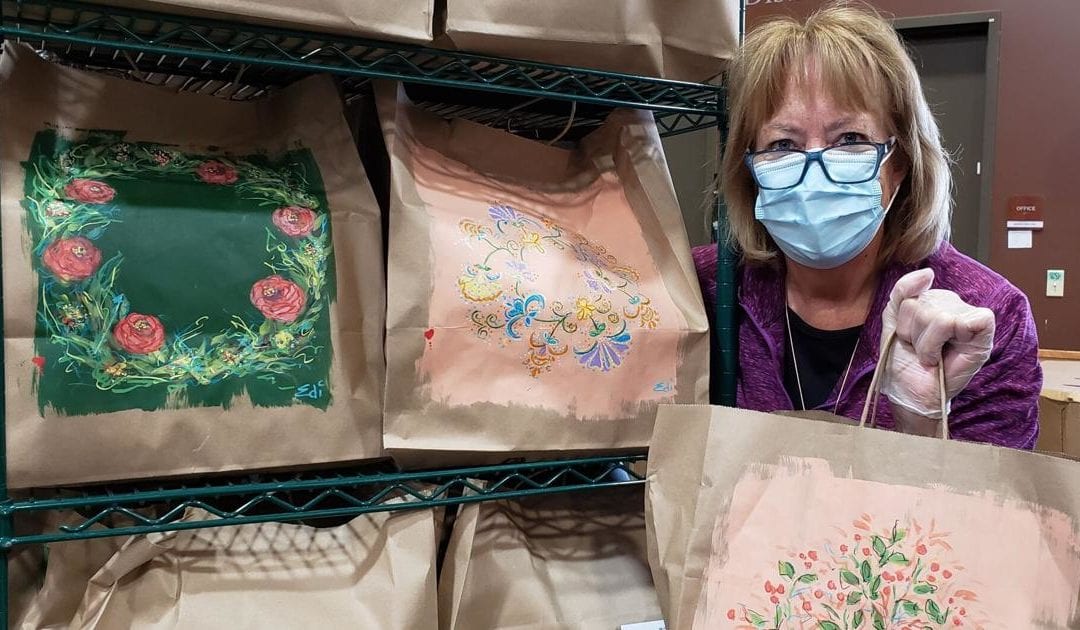 Project Angel Heart, a Colorado nonprofit that provides free meals medically tailored to the needs of people with life-threatening illnesses, made more than meals during the pandemic this year — it helped build community.

The nonprofit started in 1991 with a tray of lasagna and has since grown into a massive operation between Denver and Colorado Springs delivering over 10,000 meals a week to 32,000 clients with the help of several hundred volunteers. The organization also extended service by providing meals to those recovering from COVID-19

“It takes a community to do this,” Sally Rothstein, the organization’s Colorado Springs regional manager said. “You have the volunteers that show up and who have, without fail, helped us deliver meals, especially during this pandemic.”

But amid the pandemic feelings of isolation and loneliness were rampant among volunteers and clients alike.

Judy McBride has volunteered with the organization for over six years in a variety of capacities from delivering meals and working in the office to coordinating deliveries and organizing outreach efforts. But her latest feat was getting the families in her Pinecliff neighborhood to help decorate 300 meal bags for Project Angel Heart meal recipients during the past two months.

“I think people had fun doing it,” McBride said. “I think it builds community as far as our neighborhood is concerned.”

One of the members of McBride’s neighborhood is a recipient of the meal program. But her family also got involved with bag decorating.

Dianne Jones started receiving meals from Project Angel Heart when her neurological disease known as, spinocerebellar ataxia, which causes a loss of sense of touch and motor functions, worsened to a point where she was could not maintain a healthy weight.

Jones ended up in hospice care.

One of Jones’ physicians suggested getting Project Angel Heart meals to help with nutrition. After six months of receiving weekly meals from the program, Jones’ weight returned to a healthy level.

“It solved the major solvable problem,” Doug Jones, Dianne’s husband and caretaker said. “It was absolutely the key.”

Dianne still struggles with her disease but Doug said Project Angel Heart makes day-to-day living more manageable. Plus the community built around the service gives a sense of relief too.

Even Jones’ 5- and 8-year-old grandsons joined the bag decorating effort when McBride introduced it to the neighborhood.

“So we had the bags come in and it was fun because I got to see, when I did the distribution on a Saturday, some of the bags that were decorated here going out with food in them,” McBride said “So that was full circle.”