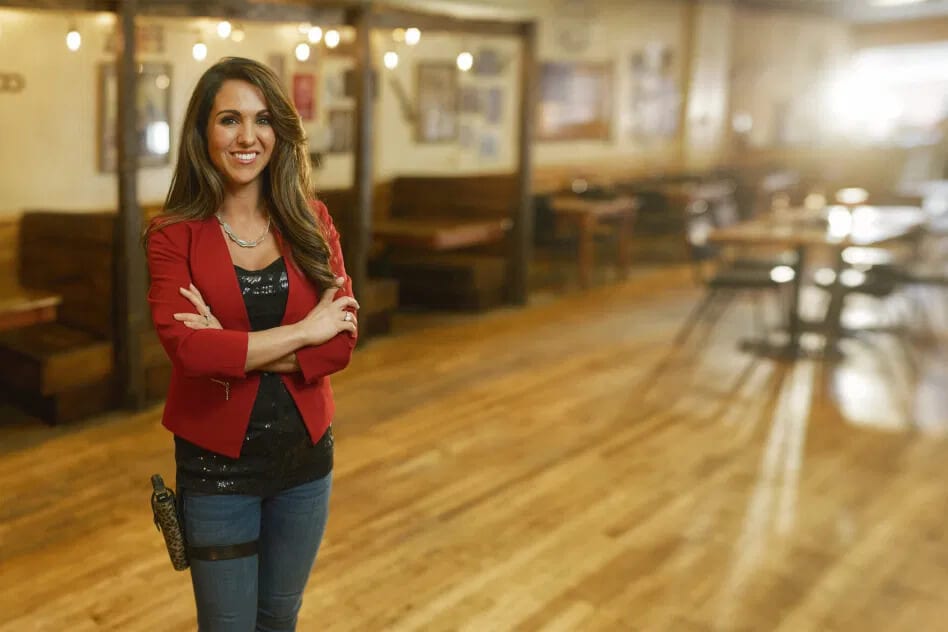 Republican small business owner, mother of four and gun-rights activist Lauren Boebert looks to have won against Democrat Diane Mitsch Bush in Colorado’s 3rd Congressional District in an upset as the once-purple state continues to turn blue. The district covers almost half of the state on the Western Slope and parts of Southern Colorado.

Boebert led Mitsch Bush by a solid margin in the 2020 election, earning 51 percent of the vote to Mitsch Bush’s 46 percent. Boebert owns the Shooters Grill, a restaurant in Rifle, Colorado, that welcomes patrons who open-carry.

She made headlines when she challenged Presidential hopeful Beto O’Rourke at a town hall meeting, telling him “Hell, no, you’re not,” referring to his gun confiscation plan.

“Thank you! It is an incredible honor and privilege to win this election and have the opportunity to be the first mom to serve Colorado’s Third Congressional District in the United States House of Representatives,” said Boebert in an announcement. “Because of your support, I am heading to Washington to help secure our rights, drain the swamp and make sure our children never grow up in a socialist nation. God bless you and God bless America!”

Over the next few days Boebert will travel to Washington. She will also conduct staff interviews for local and national positions who will help her pursue her goals, outlined in her Contract for Colorado (.pdf).

“Our Founders believed in the idea that the U.S. House of Representatives should be the voice of the people made up of ordinary citizens and not a bunch of lawyers and career politicians,” she said. “I couldn’t be more honored to have the opportunity as a mom and a small business owner from rural Colorado to have a say in how our country is governed.”

“I’d like to think I’m the type of Representative who our Founders envisioned should have a say in a government of, by and for the people,” Boebert added.” “As a citizen, I learned that I could make a difference if I spoke up about the things that matter most to me.”

“Securing our rights, standing up to politicians seeking too much control over our lives and fighting for our livelihoods was the right thing to do,” she said. “Now I will have the opportunity to do that every day in Congress. I am going to do my very best to work hard and get the job done in a way that makes everyone proud in rural Colorado of their new Representative and more importantly, delivers results.”

While she is new to politics, Boebert isn’t new to standing up against government and politicians. Earlier this year, Boebert defied a cease-and-desist, opening her restaurant for sit-down service despite COVID restrictions.

“I decided to open on the city street because my employees still need paychecks,” she said. “I will not back down!”