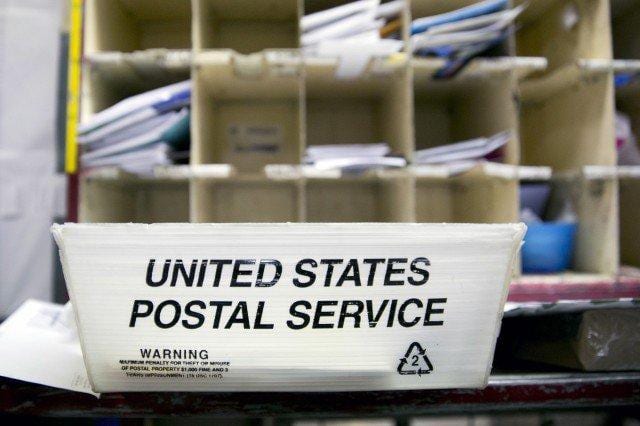 The U.S. Postal Service on Sunday asked a federal judge in Colorado to reconsider an order barring it from continuing to distribute a mailer that the state says contains confusing information about Colorado’s mail-in voting system.

Colorado Secretary of State Jena Griswold filed a lawsuit Saturday against the Postal Service, Postmaster General Louis DeJoy and the Denver postmaster to stop delivery of the flyers, which are being distributed nationally, to Colorado voters.

“The notice, if distributed, will sow confusion amongst voters by delivering a contradictory message,” Martinez wrote.

The USPS mailer tells voters they must request a mail-in ballot for the November elections. In Colorado, every registered voter receives a mail ballot.

The mailer also recommends that voters mail back their ballots at least a week before the Nov. 3 Election Day. Griswold argued that could make people believe they must mail their ballot in but voters in Colorado can mail their ballots, drop them off at drop boxes or voting service centers, or vote in person.

Griswold argues in the lawsuit that “these false statements will disenfranchise Colorado voters, including its uniform military and overseas voters; mislead them about Colorado’s election procedures; infringe Colorado’s Constitutional rights to conduct its elections; and interfere with the Secretary of State’s ability to oversee Colorado elections. These false statements will confuse Colorado voters, likely causing otherwise-eligible voters to wrongly believe that they may not participate in the upcoming election.”

The USPS said it is sending the mailers nationally to promote the successful delivery of mail ballots. Worries about the coronavirus pandemic are likely to induce millions of U.S. voters to vote by mail for the first time.

The postal service asked Martinez on Sunday to reconsider, arguing that more than 200,000 postcards were in the process of being delivered. It said the judge’s order would be “extremely burdensome, requiring examination of mail by thousands of postal employees.” It added it had ceased processing of other Colorado-bound postcards.

Griswold said Colorado first learned Thursday about the mailers and expressed its concerns to the Postal Service. A Postal Service official told the state that most deliveries had been halted by Friday night, according to a state court filing on Sunday.

Griswold, a Democrat, has criticized Dejoy over Postal Service changes that slowed processing and delivery. She has lambasted as baseless President Donald Trump’s statements that mail-in voting is prone to fraud. Colorado also has joined a multi-state suit asking a federal judge to undo service cuts at the Postal Service, saying the integrity of the upcoming election is at stake.

Also named in Griswold’s lawsuit is the regional postmaster for Albuquerque, which services parts of far southwest Colorado.

Martinez set the next hearing in the case for Friday.