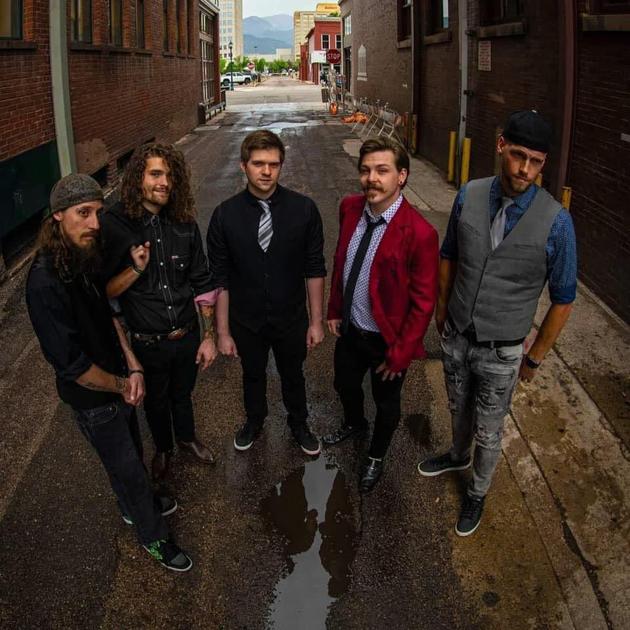 When Jake Dresback used to scream in his car, it wasn’t about road rage or having a bad day.

It was about wanting to sound like the singer of Underoath, a metalcore band known for interlacing screamo with punk.

“I’d be driving around in my car and listening to music,” Dresback said. “It’s just more fun when you can scream along and sing along to your favorite songs.”

So he taught himself. There were no plans of screaming for other people to hear. Besides, he played music, but not music like that.

Growing up in Wisconsin, Dresback’s love of music began with the country songs his parents liked.

“Then I discovered rock music,” he said. “That was pretty much game over.”

He stuck to his quiet side, though, playing acoustic guitar and singing at church and open mic nights. He was a “choir nerd” in high school.

In 2014, Dresback moved back to Colorado Springs, where he was born and lived until the age of 7. And he kept screaming inside his car. He watched YouTube videos with titles like, “How to Scream,” and asked friends for advice.

“I’ve always liked metalcore,” he said. “I just never really had an outlet to do that kind of stuff.”

Then, a co-worker mentioned a local metalcore band needed a new lead singer.

Dresback went for it, despite never performing his screamo stuff. His decision — to go from church singer to screamo band frontman — surprised his family and friends. But they also knew Dresback was following his passion.

“My dad was just excited for me,” he said. “He was like, ‘You’re finally doing what you wanted to do.’”

He played his first show with The Endless Line on July 18, 2015, at The Black Sheep. Dresback knows the date because his dad still has the ticket from the show.

“It was extremely nerve-racking,” Dresback said. “Especially those early shows, I don’t really remember how they went. I would just kind of black out.”

But he was hooked. He loves the intensity of the music and the mosh pits that form.

“I’m a very emotional person, I guess,” he said. “There are a lot of feelings you can draw out with this type of music.”

Sometimes you can get your feelings out more effectively if you scream them, not just sing them. And sometimes that can sound harsh. For example, one of Dresback’s screamo lines is, “You disgust me.”

“I don’t like to write music that’s just mean or about bad people,” he said. “At the same time, there’s a lot of people that put you down. And it feels good to say, ‘Yeah, screw you.’”

Over the last six years, The Endless Line has grown a loyal following in Colorado Springs. Fans love their lively shows as well as Dresback’s handlebar mustache, and the weekly memes the band shares on Facebook.

Dresback and other members work hard to keep that bond with fans. He balances the band with a full-time job as a machinist.

“I really believe that, all of us together, we can make it somewhere,” he said.

He dreams of playing in front of tens of thousands of people.

The last year, though, has been “extremely rough,” Dresback said. The band hasn’t played a live show since March. That will change when The Endless Line headlines the Mountain Metal Fest on Saturday at Sunshine Studios Live.

“I just want to share my music,” he said. “That’s what drives me everyday to keep going.”