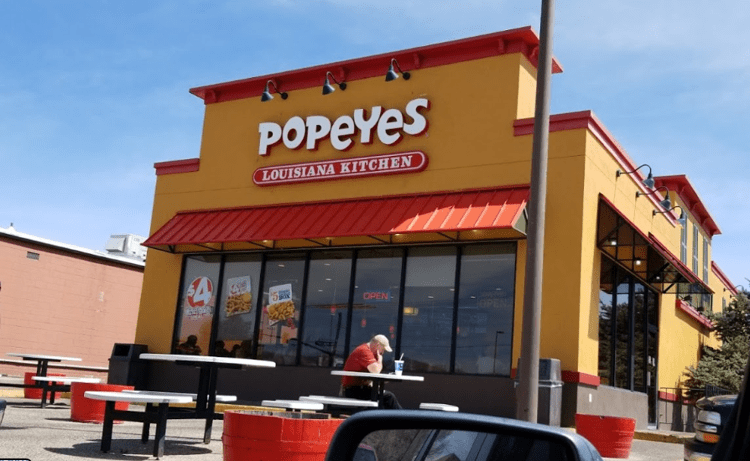 Popeyes Louisiana Kitchen could be the next familiar chicken chain to expand in the Pikes Peak region.

An affiliate of the Dhanani Group, a suburban Houston franchisee for Popeyes, plans to develop a 2,300-square-foot restaurant northwest of Woodmen Road and Rangewood Drive, on the east side of the King Soopers-anchored Woodmen Plaza shopping center in northern Colorado Springs.

The quick-serve restaurant would be built on a nearly 1-acre vacant parcel and have indoor seating, a double drive-thru and on-site parking, according to a proposal submitted recently to city government planners by Dhanani Group representatives.

A timetable for the project wasn’t immediately available.

The Dhanani Group describes itself as the world’s largest Popeyes franchisee; it has 132 locations in Texas and more than 150 in Colorado and 12 other states, its website says.

In the Colorado Springs area, Dhanani operates at least one of the five Popeyes locations shown on the chain’s website, El Paso County land records show.

Popeyes, founded in 1972 in suburban New Orleans, is known for its spicy marinated chicken, chicken tenders, shrimp and other items with a Cajun flair, according to its website.

In August 2019, Popeyes launched a chicken sandwich to compete with a similar offering from Chick-fil-A. The Popeyes sandwich proved so popular during its first few months that restaurants were swamped with long lines and often sold out of the product, according to national news stories.

The planned Popeyes expansion in Colorado Springs comes at a time when several other chicken brands have growth plans of their own.

Among them: Atlanta-based Chick-fil-A plans a ninth area location in the Citadel Crossing shopping center; a franchisee for Slim Chickens of Arkansas opened its first area location in the Victory Ridge development and plans a second in the new Falcon Marketplace outside Colorado Springs; and Denver-based Birdcall opened this year on the city’s northeast side.

Raising Cane’s Chicken Fingers of Louisiana has opened three locations since its arrival in Colorado Springs in 2019, while California-based El Pollo Loco has announced an expansion to the Springs in the next few years.