Polls show big bounce to Biden ahead of Super Tuesday 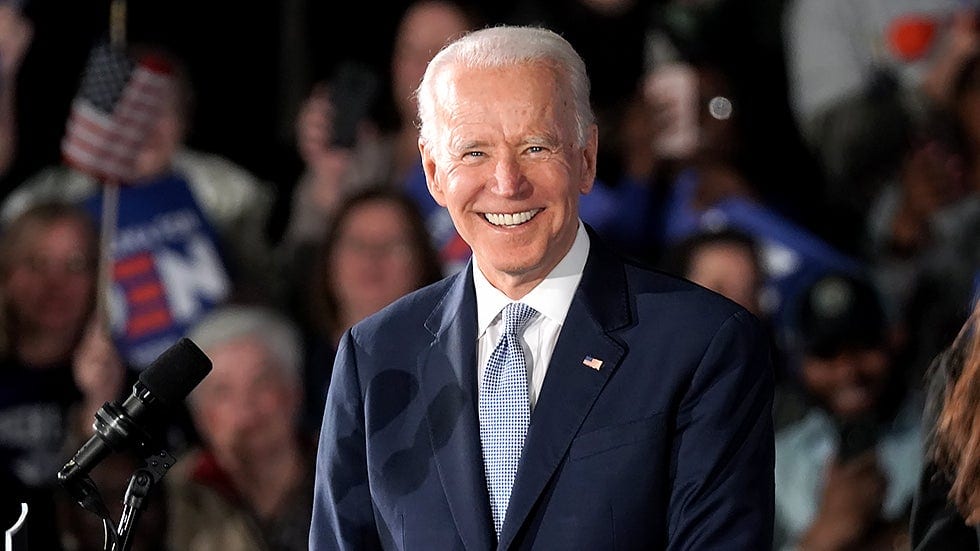 The final FiveThirtyEight forecast finds Sanders and Biden each likely to win seven states a piece today, although the big question is whether Sanders can run up the score in California.

In California, the biggest delegate prize, a new Data for Progress poll found Sanders at 32 percent and Biden at 27 percent, while polls from Swayable and AtlasIntel found Sanders with an 8-point lead.

This is a big change from just last week.

Most polls conducted in late February had found Sanders ahead by between 17 points and 21 points in California, suggesting that Biden is closing in fast. In the FiveThirtyEight model, Biden has gained about 7 points this week.

California will hand out 415 delegates, and a big Sanders win in the Golden State could give him a sizable delegate lead exiting Super Tuesday.

Biden still needs to turn the enthusiasm around his thunderous South Carolina victory into real support on the ground, where he’s outmanned when it comes to staff and organization.

But the new polls suggest Biden has had a monumental 72 hours since winning the South Carolina primary, something a number of political observers are commenting upon.

The polls suggest Biden is closing in on Sanders in Texas, the second biggest state to vote.

Sanders has led in every poll of Texas since January, with one NBC News poll from last week finding him up by 15. But a Swayable survey released Tuesday finds Sanders’s lead down to 1 point, while Data for Progress finds Biden ahead by 2 points. The FiveThirtyEight model now counts Biden as the favorite to win the most delegates in Texas.

Early voting has been going on for weeks in California and Texas, which could be to Sanders’s advantage since he had led comfortably in both states.

Perhaps the biggest shift in Biden’s favor is taking place in Virginia, where polls were close only days ago.

The Data for Progress survey finds Biden opening up a 15-point lead in Old Dominion, after Sanders led in the same poll by 9 points one week ago. A Change Research survey released Tuesday found Biden ahead by 20 points.

The former vice president has locked down a slew of endorsements in Virginia in recent days, from Reps. Bobby Scott

The same poll found Biden looking like a lock to sweep four other Southern states. Biden leads by 25 points in Alabama, 13 points in Arkansas and 7 points in Oklahoma and Tennessee.

In Minnesota, where Biden has not been competitive at all in the polls, he has charged all the way back in the Data for Progress survey, where Sanders has only a narrow 32 to 27 percent lead. That’s the first poll of Minnesota since Sen. Amy Klobuchar

And the poll found Sanders leading Biden 29 to 23 percent in Utah, where the Vermont senator has been expected to win big.

Sanders does maintain big leads in Colorado, Vermont and Maine in the latest polls.

And it’s still possible that Sanders will come out of Super Tuesday with a delegate lead, in large part due to the weeks of campaigning and organizing he’s been doing in Texas and California this month.

The progressive Independent has a massive volunteer network, and he’s been turning out tens of thousands of people at rallies, where supporters have gone directly to county registrars to drop off their mail-in ballots.

Michael Rubens Bloomberg5 states to watch on Super Tuesday Trump zeroes in on Biden gaffes at rally on eve of Super Tuesday The Hill’s Campaign Report: Centrists rush behind Biden to stop Sanders ’s support will collapse. If it does, and those voters go to Biden, it will set up he former vice president for a strong result.