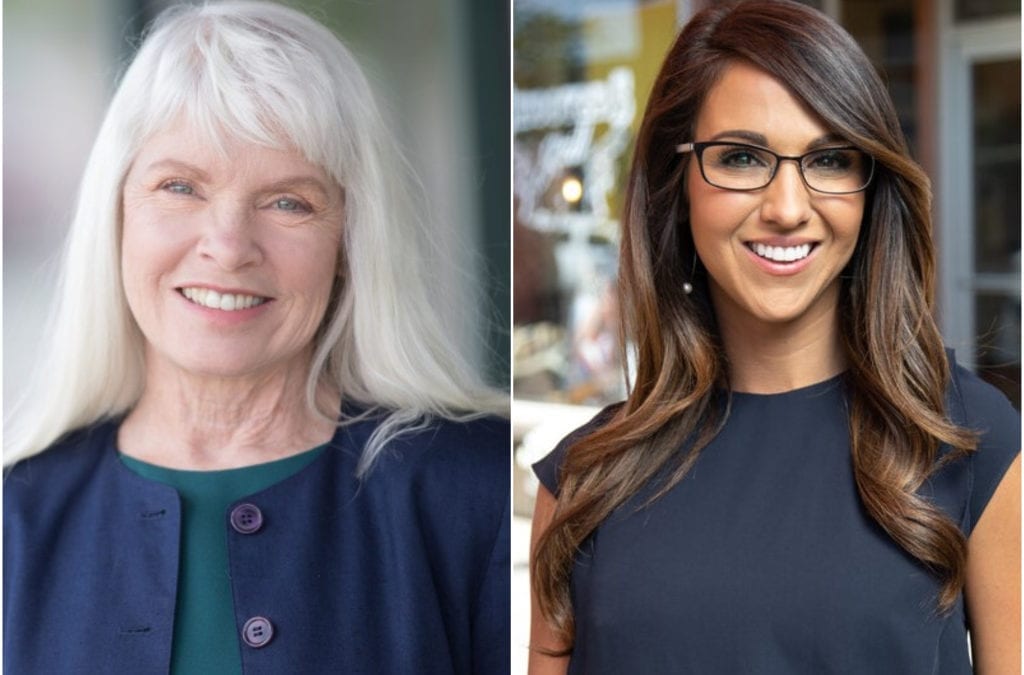 A closely watched congressional contest in western and southern Colorado is tied, according to a poll conducted in early August and released Thursday.

The survey of 400 likely voters in the 3rd Congressional District found Diane Mitsch Bush, a Democrat, with 43% support and Lauren Boebert, a Republican, with 42%. Four percent of voters were undecided and three other candidates split the remaining 11%.

The massive 3rd District, which spans all of the Western Slope, along with southern Colorado and Pueblo, hasn’t elected a Democrat in a dozen years. Mitsch Bush lost by eight points there to Rep. Scott Tipton, R-Cortez, in 2018.

But Boebert’s shocking primary win over Tipton on June 30 has placed the race in the crosshairs of national Democratic groups, which see an opportunity to flip the seat, and has Republicans on the defensive. A poll showing a tied race is certain to jolt national onlookers and could lead to an increase in outside spending.

Thursday’s poll was conducted by GQR, which has a B rating from FiveThirtyEight and has a record of leaning slightly Democratic. It was sponsored by the Mitsch Bush campaign, was conducted from Aug. 3-6 and has a margin of error of about 5%. It is the first poll released publicly in the 3rd District race.

More surprising than the poll’s congressional race results is that it found a tie in the presidential race among likely district voters as well, with President Donald Trump and Democrat Joe Biden at 48% support each. The 3rd District favored Trump by a 12-point margin in 2016.

In its 105-year history, the 3rd District has alternated often between Democrats and Republicans but has favored Republicans in recent decades. Since 1993, only one Democrat has represented it: John Salazar between 2005 and 2011.

“Regardless of any nonsense polls Diane Mitsch Bush and her handlers in D.C. cook up, this is a solidly conservative district that will not elect a socialist,” said National Republican Congressional Committee spokesman Bob Salera. “Lauren Boebert will be the next member of Congress from the 3rd District.”