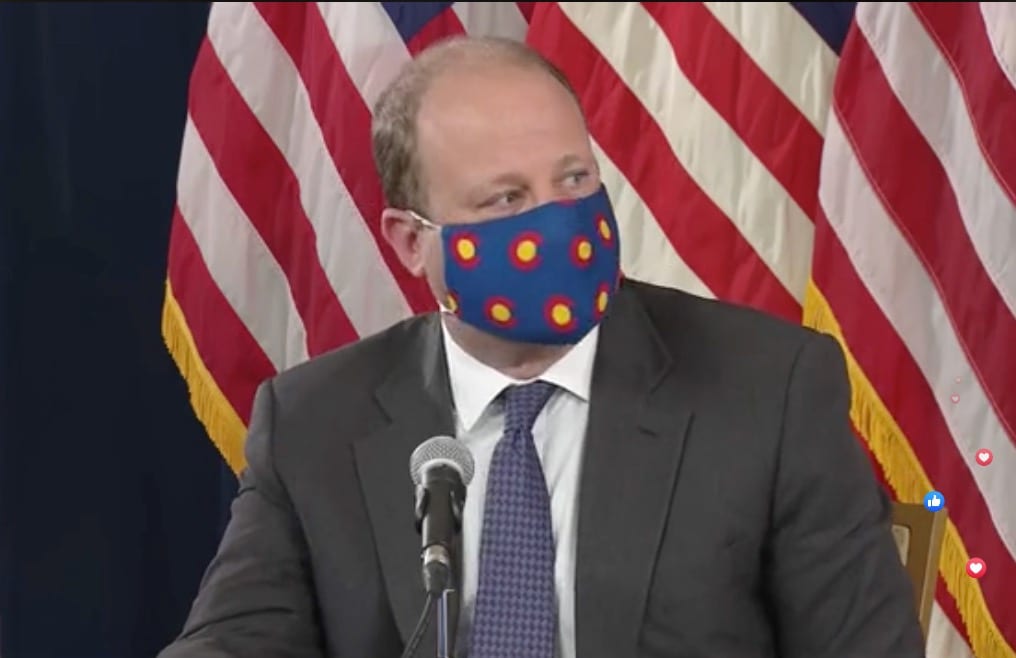 The media wasn’t shy in asking Polis to explain his complete turn around, although they’ve been cheering for a mask order for weeks.

Polis says he changed his mind because the number of cases is starting to increase, then added this bizarre rationale:

“The two data points have helped change my mind are the existence of local ordinances which are generally, sporadically enforced or seldom enforced. The mere existence of those local ordinances increased mask wearing by 15% in the areas of our state that have them. I am confident that a statewide requirement will also increase the mask wearing in our state. And there’s really no excuse not to take action.”

Except for the excuses against taking action Polis offered just days ago because of civil liberties and stuff.

We weren’t the only ones confused about Polis’s reasoning. Kyle Kohli, the new executive director over at Compass Colorado, offered this observation:

“The governor’s reversal on a mask mandate sends a very confusing message to the general public. Just days ago, he said a statewide mandate would be unenforceable and local governments would be better positioned to enforce these rules. Now, he’s issuing a statewide order. Coloradans need clear leadership so we can emerge from this pandemic stronger and more united.”

It was of little comfort that Polis also offered the mask mandate as a short-term alternative to shutting down the economy, again.

“It would be inexcusable in my mind to even be talking about closing down businesses or limiting commerce if you haven’t even instituted a mask wearing requirement for Coloradans,” Polis said.

To which a Bloomberg reporter responded with a question as to when we can expect another stay-at-home order.

Polis’s response:  “Well, that’s not what we’re talking about today.”

We hope that’s not what we will be talking about next week.