Polis ‘confident’ that Colorado will have summer that’s ‘close to normal,’ with scaled-down masking 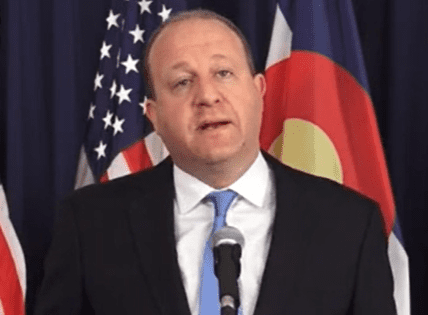 With the addition of another vaccine and the stepped-up production of doses, Gov. Jared Polis expressed confidence Tuesday that the state could have a summer “very close to normal,” and he predicted that the majority of people here won’t be wearing mask in just a few months.

For the first time, he signaled a future end to the statewide mask order.

Initially, it was thought the general public wouldn’t have access to inoculations until early summer, meaning the vaccination effort would spill into the latter half of 2021.

But the approval of the new, single-dose Johnson & Johnson vaccine and improved manufacturing of other brands could allow a doubling of vaccinations in Colorado in the coming weeks.

Polis said the general public could begin receiving their vaccines in mid-April, which would allow for the type of summer that Coloradans are used to.

While there will likely still be masking, he said he didn’t expect it to be done by the “majority” of the public this summer.

That would indicate that Polis himself is set to let his mask order run out at some point in the near future, likely after the public’s had time to receive their doses.

In order to hit “herd immunity,” the state needs to inoculate about 4 million of its 5.7 million residents.

The early groups that have been vaccinated have shown positive signs, with about 90% of the state’s health care workers getting the vaccine a strong turnout among residents of long-term care facilities.

The state successfully — if barely — reached its goal of vaccinated at least 70% of its 70-and-older population by Feb. 28. Polis said the state hit 70.7% by the deadline.

Now, Colorado is set to move into its next phase of distribution.

Beginning Friday, certain essential workers, along with those over 60 and those with specific pre-existing conditions will be able to register to receive doses beginning later this week.

It is the result of yet another tweak to the state’s vaccination plan.

That’s drawn the ire of restaurant owners and industry groups, who said they were promised to be part of the March 5 group.

Polis told reporters Tuesday that it would’ve been pointless to have restaurant workers as part of the March 5 group because there wouldn’t be enough vaccines available.

He said it makes more sense to have them wait until doses are actually ready and available.

Polis urged patience and said that though sign-ups will be available imminently, many will have to wait a week or more to receive their inoculations.

Polis praised the state’s vaccination effort. He deaths by the disease will drop since the most vulnerable group, those over the age of 70, has seen a high vaccination rate.

SAO PAULO (AP) — Pelé received his first dose of a COVID-19 vaccine on Tuesday, calling it an “unforgettable day.”

In addition to the vaccine distribution issues, officials worry about spring surge brought about by one of the variants circulating in Colorado and elsewhere.

State officials warned that if residents take fewer precautions and the English variant becomes dominant, Colorado could see a dramatic increase in infections, hospitalizations and deaths.

Colorado’s numbers, which had fallen almost daily since December, have plateaued in recent days.

Health officials have said they’re not sure what’s driving that flattening, a sentiment echoed by one of the state modelers, Jon Samet. Polis noted the plateau,  leaves Colorado levels of coronavirus high, and warned that any jump in cases would kill more residents.