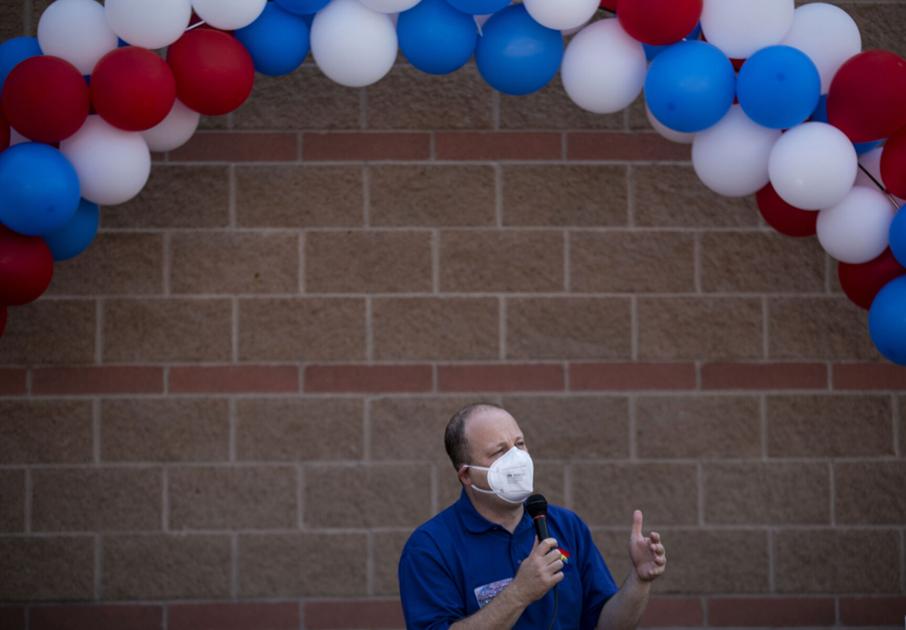 Colorado school districts will have access to more than 1 million rapid COVID-19 tests per month to better track the coronavirus as the pandemic enters a new year, Gov. Jared Polis said Wednesday.

The state is one of three to partner with Abbott, the manufacturer of the BinaxNOW rapid COVID-19 test, to bring the tests to public and private schools through June, Polis said, calling the tests “easy, cheap, accurate, accessible.”

“Now our schools will have the same level of intense testing” as sports teams and the White House, Polis said.

School districts and private schools can order the tests — which can be shipped directly to the homes of students and staff, or shipped to schools and administered on site — and will be supported by telehealth appointments, he added.

Polis said he hopes the partnership helps schools “finish out the school year on a safer note.”

The state hopes to vaccinate all interested seniors 70 and older by Feb. 28, officials said.

In other Colorado COVID news:

— Another case of a new, highly infectious COVID-19 mutation has been diagnosed in Colorado, officials said.

No further information was given. The number of potential cases of the mutant strain being investigated was not readily available, officials said.

A National Guardsman in his 20s who was deployed to a nursing home in Elbert County to assist with staffing was the first case in the state and country, state officials said last week, adding that his symptoms were mild and that he was isolating at his home in Arapahoe County. A second National Guardsman working at that nursing home was also suspected of having the mutant strain and was isolating at a hotel in Lincoln County, they said.

Officials Wednesday would not say if the Guardsman suspected last week of having the variant is the state’s second case.

Both were sent Dec. 23 to aid the Good Samaritan Society nursing home, about an hour outside Colorado Springs, where 20 out of 24 workers and all 26 residents had contracted the virus, said Dr. Rachel Herlihy, an epidemiologist with the state health department, last week.

The variant, known as B.1.1.7, is the same one discovered in Europe in December. It triggered alarm when announced by Britain’s prime minister and caused dozens of countries to ban flights from the United Kingdom, as well as strict lockdown measures in southern England. It appears to be 70% more contagious than the dominant strain of COVID-19, Colorado officials have said.

— More than 2,550 new cases of the sometimes deadly virus were reported on Wednesday, Polis said, and 911 hospitalized.