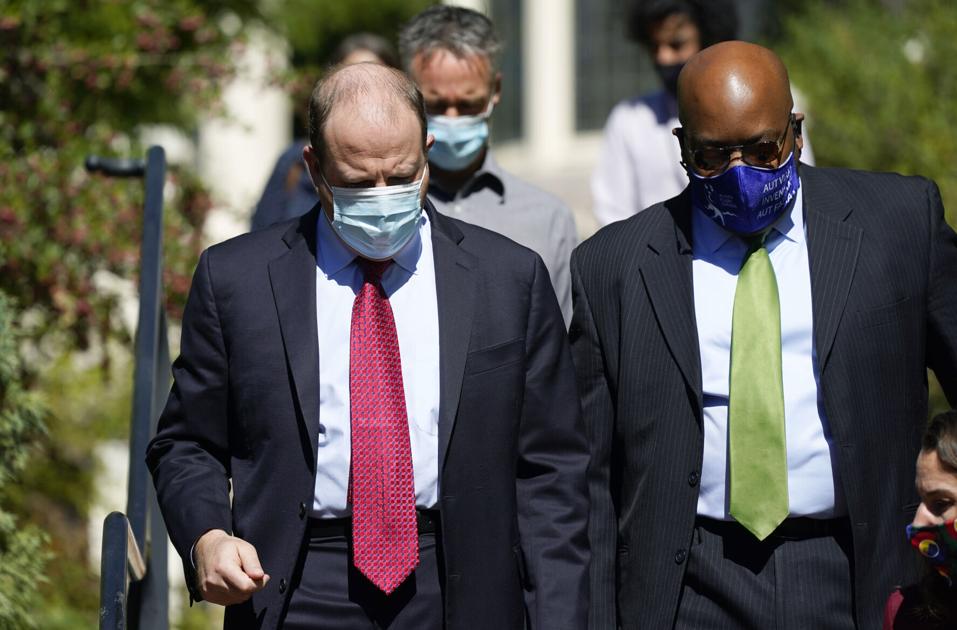 “Little Johnny has a runny nose, instant test. The teacher has a symptom, instant test. We have plenty of supplies to do that,” Polis said at a news conference previewing the release of a “roadmap” to in-person learning, compiled by a statewide education work group tasked with getting as many kids back into classrooms as possible in January.

Details about how many tests schools might receive were not available, with public health agencies in both El Paso and Denver counties unable to immediately offer comment.

However, the report recommends the state facilitate the ability of schools to perform such testing, and collaborate with local public health agencies to “explore the benefits and feasibility of surveillance testing in schools, especially in older grades.” It also recommends the state assist access to medical evaluation for ill students and staff.

The report also recommended that schools in counties designated as orange, red or purple on the state’s measure of COVID-19 severity suspend in-person extracurricular activities that interfere with cohorting — keeping classroom groups together — and that districts offer “data dashboards” to add transparency to COVID information. Additionally, it recommends schools improve ventilation by leaving outside-facing windows open.

Polis convened the working group last month with the goal of getting Colorado students back to school for in-person learning “as much as possible, as uninterrupted as possible,” he said at the time. The group of teachers, superintendents, school board members, health officials and parents met for the first time in late November and had planned to meet at least once a week.

The forum was to allow for the sharing of “new and promising practices we’re seeing in K-12” at the state’s 178 school districts and additional private schools, in combination with public health data and recommendations, Rebecca Holmes, president and CEO of the Colorado Education Initiative, a member of the group, said at the time.

Specifically, the group was to focus on bridging learning gaps in younger students, and meeting the social-emotional needs of older ones, as well as meeting the unique needs of populations such as special needs students, English language learners and those who’ve experienced transiency related to economic insecurity, she said.

Polis has recently maintained schools are one of the safest places for most students and teachers because of what he says are low instances of transmission within schools.

Colorado public schools experienced the first decrease in year-to-year enrollment since 1988, state education officials said in a Tuesday news release. The conclusion came from preliminary data set to be finalized by the end of the year.

Enrollment this fall was down 3.3% over the previous year statewide, with nearly 30,000 fewer students enrolled in preschool through 12th grade, according to the release.

The number of homeschool students doubled this year, to 15,773. The number of students enrolled in online programs increased by 44% over last year.

District 11 believes it mirrors the state in that its “largest grade drop was at the kindergarten level,” said Devra Ashby, district spokeswoman, on Tuesday. The district is down nearly 850 kindergarten enrollments.

Before the pandemic the district was “moving in a whole new direction with a new strategic plan, new equity policy and equity team, a new facilities master plan, and a new academic master plan, adding a whole menu of choice options for families,” she said. “Although D-11 has been declining for a while now, with these new efforts we managed to slow the projected loss a year and a half ago by 300 students, which is a positive sign.”

This year, “we do believe many families chose to homeschool, not knowing the uncertainty this school year would provide,” she said. The district is up 288 homeschool enrollments this year.

“Students exiting our district are on par with prior year losses, while the entries are significantly low,” she said, adding that she believed many Colorado school districts are experiencing similar trends.