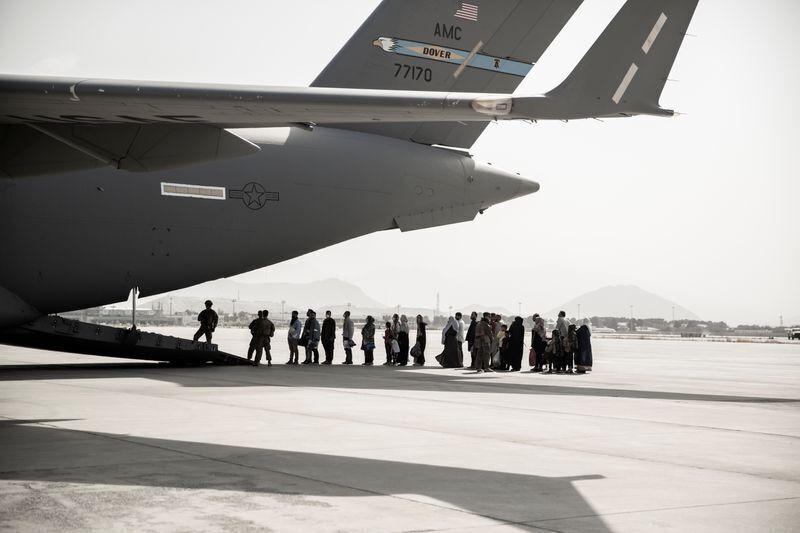 The 1,500 Afghan refugees who are headed to Colorado after fleeing their homeland amid a Taliban takeover need more than school supplies and a toothbrush when they get here, state officials said. This week, Gov. Jared Polis announced the creation of a fund where companies and residents can donate money for critical services like physical health, mental health and legal assistance.

Colorado’s Afghan Support Fund falls under the Rose Community Foundation. Polis is one of 37 governors who held out welcome signs for Afghan evacuees. According to his press release, most of the Afghans headed to Colorado will resettle in the Denver metro area.

Organizers are hoping to collect $5.6 million for the fund, which will flow to non-profits in the area. “We utilized the expertise within committed partners, and we utilized the expertise within our state government agencies to identify areas with the greatest resource gaps, to include mental health and health supports and services,” said Victoria Graham, a Polis spokeswoman.

Recently, the White House projected resettlement of 865 Afghans in Colorado. State organizations, though, say based on previous resettlement patterns, they are expecting up to 2,000 people with most landing in metro Denver and Colorado Springs.

Some governors, including Wyoming’s Mark Gordon, spurned the Afghan refugees.

Around 31,000 Afghans have arrived in the United States and are being processed, according to reporting from the New York Times.

Immigrants are allowed into the U.S. after they obtain refugee status or a special visa, amid a process that can be expensive. Many Afghans facing oppression in their homeland lack money for U.S. visa application fees and legal advice.

According to the State Department, Qatar Airways continues to fly U.S. citizens and “lawful permanent residents” out of Kabul. The latest flight, which left Sunday, evacuated 61 people.

A recent CBS News poll indicated that 80% of Americans approve of assistance for Afghans who worked with U.S. officials during the 20-year occupation and now face Taliban reprisal.

The Colorado Afghan Support Fund will assist Afghans being vetted at eight military bases across the country, but there are still Afghans left behind who are in fear of their lives.

Wahid Omar and a group of American volunteers have helped 28 of those families flee to the United States, but he says there are still 140 families stranded and broke, and in need of money in order to start the approval process.

“These are professors and businesswomen, journalists, and attorneys who represent the intelligence of Afghanistan,” says Omar, who fled Afghanistan as a teenager during the Soviet Invasion. It costs $575 per person for an application fee. “For a family of six, it’s impossible to raise that much money.”