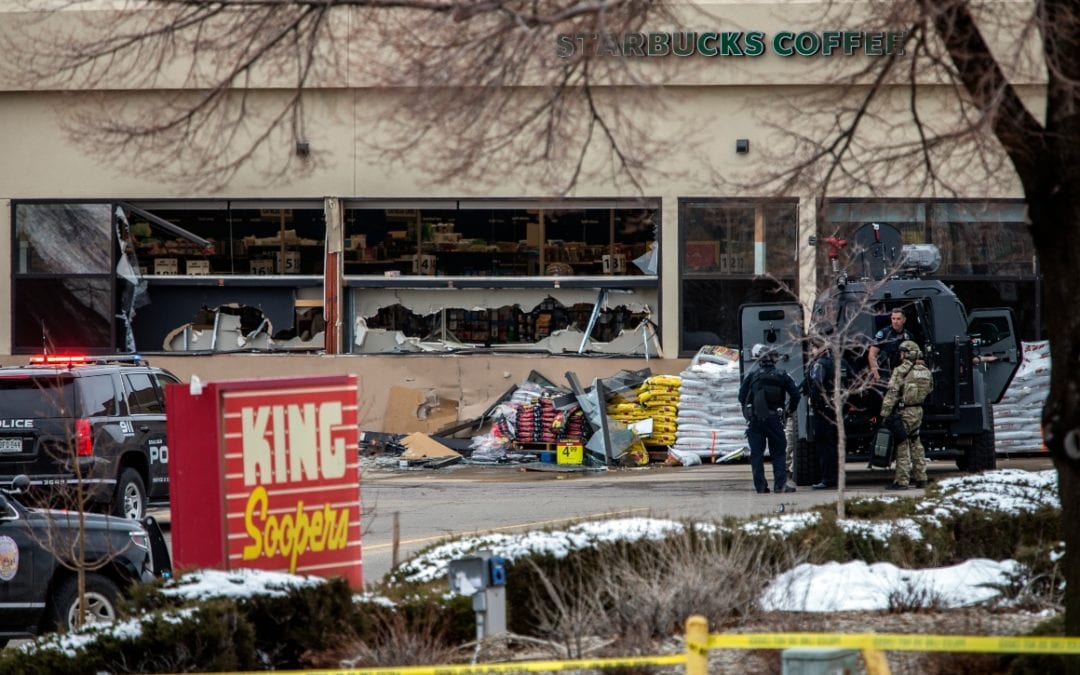 A man who had just left the store in Boulder, Dean Schiller, told The Associated Press that he heard gunshots and saw three people lying face down, two in the parking lot and one near the doorway. He said he “couldn’t tell if they were breathing.”

Law enforcement vehicles and officers massed outside the store, including SWAT teams, and at least three helicopters landed on the roof in the city that’s home to the University of Colorado and is about 25 miles northwest of Denver.