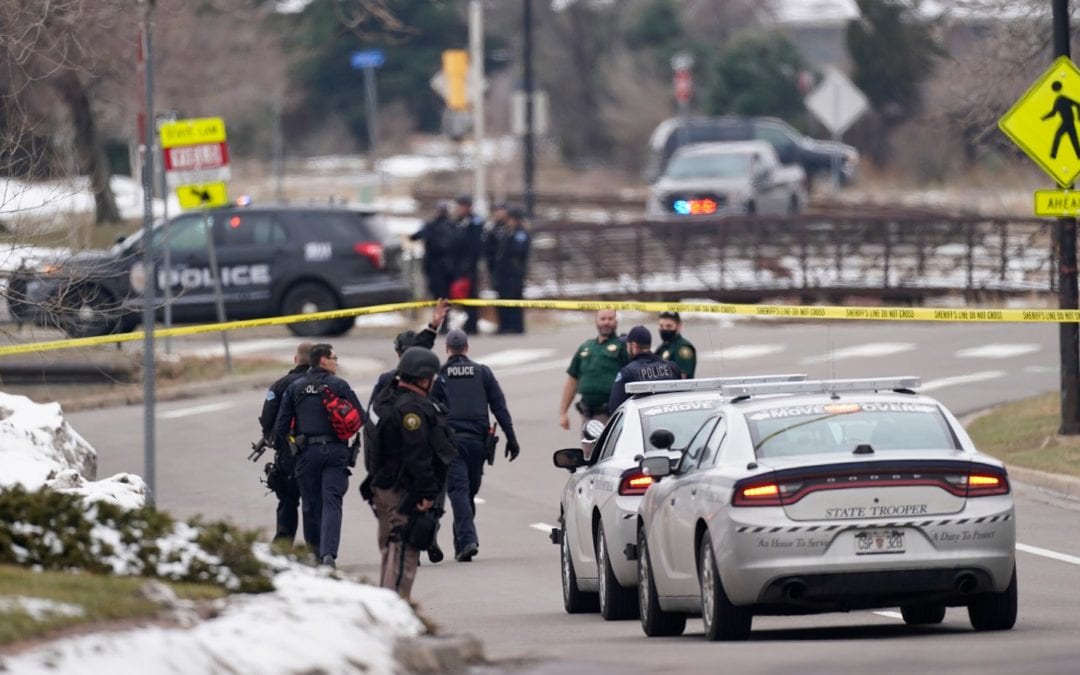 BOULDER, Colo. — Police say multiple people were killed in a shooting at a Colorado supermarket, including a police officer.

Boulder police Cmdr. Kerry Yamaguchi said at a news conference Monday that a person of interest is in custody and is being treated. He didn’t give more details on how many people were killed or other details about the shooting.

He said they’re still investigating and didn’t have details on the motive.

THIS IS A BREAKING NEWS UPDATE. AP’s earlier story follows below.

BOULDER, Colo. — Authorities in Colorado responded to a shooting at a supermarket Monday.

Police haven’t released information on injuries but planned a news conference this evening. Officers have escorted a shirtless man with blood running down his leg out of the store in handcuffs.

Law enforcement vehicles and officers massed outside the King Soopers grocery store, including SWAT teams, and at least three helicopters were on the roof of the store in the city that’s home to the University of Colorado and is about 25 miles (40 kilometers) northwest of Denver.

Hours later, Boulder police tweeted for people to “shelter in place while they respond to report of armed, dangerous individual” about 3 miles (5 kilometers) away from the store in what appears to be a residential area near downtown and the University of Colorado. They said they’re investigating if it’s related to the shooting at the supermarket.

The FBI said its agents were helping in the investigation at the request of Boulder police.

Please avoid the area of Table Mesa & Broadway! This is still a very active scene. Do NOT broadcast on social media any tactical information you might see #BoulderShooting 1/2 pic.twitter.com/JE214XS86B